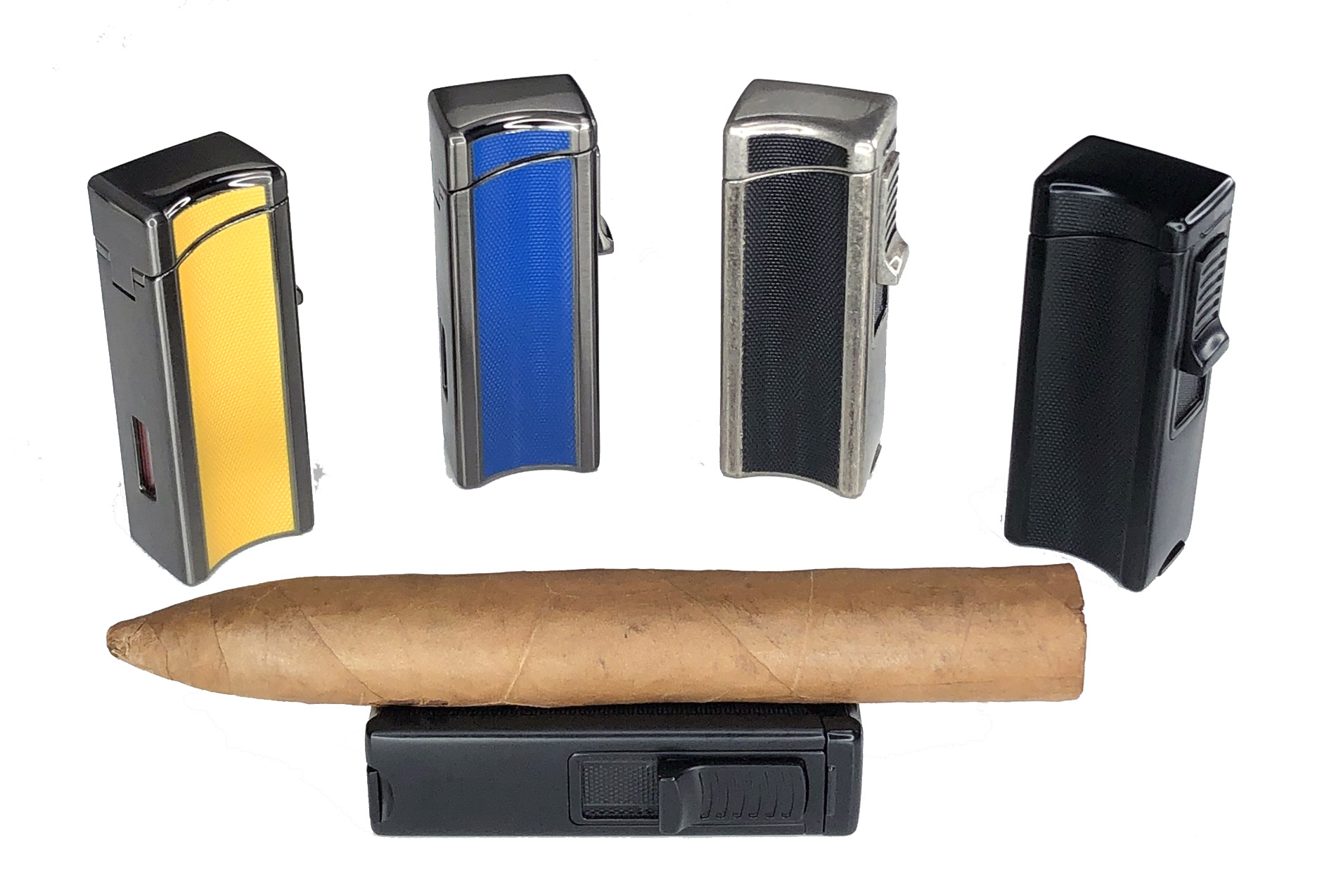 Visol has a new single flame torch lighter hitting the market, the Ridge.

It’s a compact pocket lighter that offers a curved side that serves as full length cigar rest, which the company says helps to reduce the risk of being accidentally knocked off the rest, as might be the case with lighters that have curved lids. Since it is made from solid metal, the company says that there won’t be any ill effects if the lighter is touched by the lit end of a cigar.

As for the flame, the company describes it as a “heavy, culinary style flame,” meaning it is a bit thicker than average which makes it quicker to light one’s cigar. Additionally, the Ridge offers a fold out cigar punch on the base of the lighter, meaning it offers a lighter, cutter and cigar rest in one product.

In a press release, Visol said that the design stemmed from observing the experience of a cigar smoker in a cigar lounge, specifically what they wanted to use when they wanted to put their cigar down. Due to the COVID-19 pandemic, some cigars smokers didn’t want to use a shared ashtray to rest their cigar, nor did they want to share cigar accessories.

The Ridge also features a red-tinted fuel window, and for those looking to personalize their lighter, the back side can be engraved when ordered via the company’s website.

The Visol Ridge is currently available via the company’s website, and will begin shipping to retailers in the coming weeks.