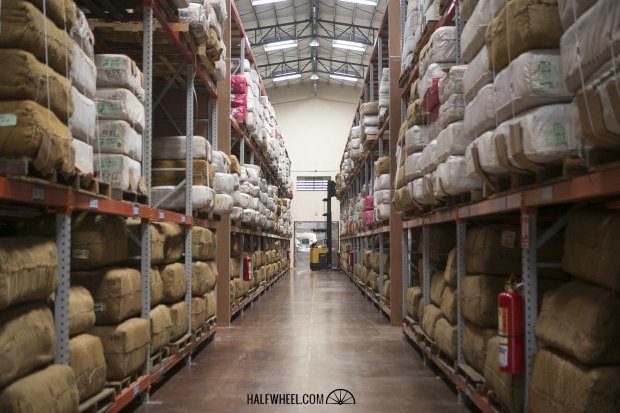 A Visit to Drew Estate II

In February, I was able to see and tour the new Drew Estate II (DE) facility in Estelí, Nicaragua, which opened in early 2014. Like La Gran Fabrica Drew across the street, the entire operation is extremely impressive and obviously well thought out.

Drew Estate’s original factory already produces 100,000 cigars a day, making it the largest in Nicaragua and one of the largest handmade factories in the world. As it has grown, La Gran Fabrica Drew Estate simply ran out of space, so the company began work on a massive $4 million project across the street that would not only relieve the stress level at the main factory but also allow for the company to bring much of its tobacco processing operation under one roof. Previously, the company had used almost a dozen bodegas around the city to store and process tobacco.

The new facility is where tobacco is stored, processed and sorted; while the rolling of cigars, aging of cigars and packaging of cigars still takes place at the original factory across the street.

The building features two levels with storage and processing downstairs and a floor for sorting upstairs. In addition, visitors to the company’s Cigar Safari program are taken to a private room for a blending session to create their own blends.

But Drew Estate isn’t done. The company is eyeing plans on adding a second level to the main factory in order to increase the rolling capacity of the factory.