While the week might have ended with beaches and golf carts in Casa de Campo at the southeastern part of the island, it started in tobacco fields in the northwest. Specifically, the fields Davidoff uses in Jicomé. While our day might have began there, it’s not exactly where Davidoff cigars begin.

They start at Procesadora de Tabaco Palmarejo (PTP). It’s a subsidiary of the Davidoff-owned Tabadom Holdings, Inc., the parent of the Swiss company’s Dominican operations. PTP finances and oversees the growing of tobacco, purchases the tobacco from the contracted farmers and then processes the tobacco before selling it to one of Davidoff’s three factories in Villa Gonzáles: Cidav Corp, Inc. (Cigars Davidoff), OK Cigar Corp, Inc. or Occidental Cigar Corp, Inc. Tobacco plant seedlings are kept stable until they have the root system in place to survive a move to the fields to be planted.

Everything begins with soil. Davidoff imports a special virgin soil from Canada that is found under ice. The goal is not only producing the best environment, but also a consistent one, so having soil that has not had crops in it helps. From there, seeds are sprinkled into a bed and placed in greenhouses. Once plants begin to form, the strongest ones are selected and eventually make their way over to fields. Workers plant seedlings in small pockets of earth that are covered in rice husks and inert ash to protect the plants until they are ready to move to the next step.

Davidoff’s seed program is interesting. The company is constantly developing its own hybrids in order to produce better tobacco. It’s not simply about flavor, body, strength or even burn. Much of the work done with seeds is to produce tobacco less susceptible to mold, tobaccos that produce better yield or to better control the percentage of primings on a specific plant. 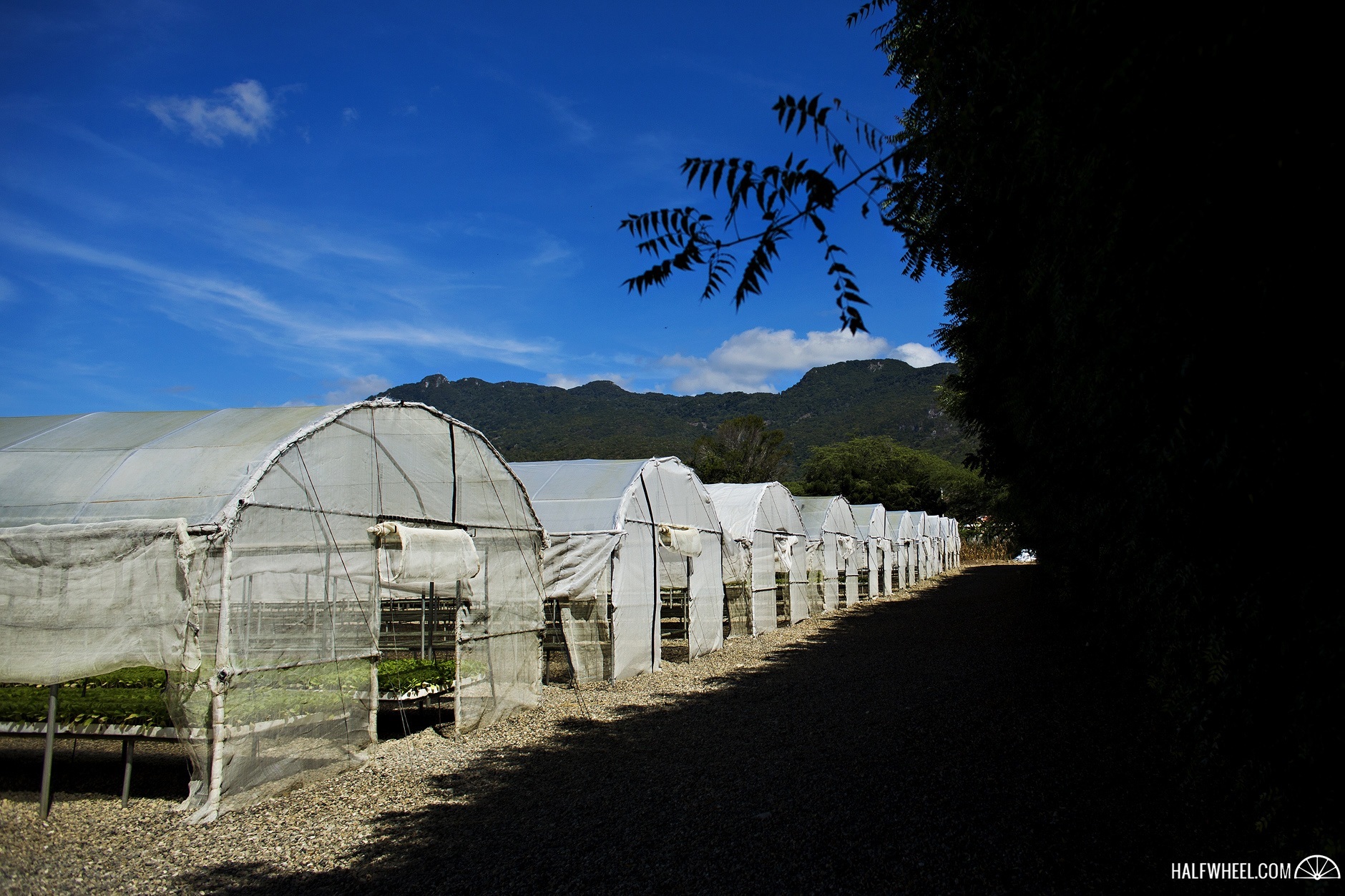 Seedlings are grown in greenhouses that protect them from getting too much sun or other elements before they are ready to be planted in fields.

Our morning started off with an early breakfast in a newly-built enclosed rancho.[ref]Rancho is actually the term used to describe a traditional Dominican tobacco barn. They are much more open than barns you will find in Nicaragua and other places.[/ref] From there, we were invited to take the younger plants from the greenhouse and plant them into a new lot on the farm. Mountains and low hanging clouds make for a dramatic backdrop near the fields where the tobacco is being grown. Workers tend to tobacco growing in fields in the Jicomé, which is located about 45 minutes northwest of Santiago.

After enough of the group had paid for their breakfast in the form of manual labor, we walked around the farm, inspecting various lots. Like many farms, this field was divided into lots that were planted at various times. The main purpose behind the philosophy is to reduce heavy peak workloads at planting and harvesting and to minimize the risk that bad weather could have. In other words, if it rains too heavy once the tobacco is ready to be picked, you’ll only lose a lot, not the whole field. Sun is obviously an integral part of the growing process, but there is such a thing as too much sun, as well as too little or too much rain, all of which could harm the tobacco as it matures. Tobacco leaves can grow as tall as most people before they are moved into barns. The sun rises over a field of tobacco and rancho. Dominican rancho require a lot of maintenance, sometimes you need to go on the roof.

Once it is ready, the tobacco is picked, some of which we did,[ref]Apparently breakfast wasn’t cheap.[/ref] and then transported to a barn in the fields. Some of those are more traditional Dominican ranchos, others are far more advanced with the ability to control humidity and air flow—two critical factors for the curing that takes places in the fields. Once it is placed in the barn it is indexed by lot location, varietal and date. These pieces of information will follow the tobacco to the rolling floor. Handwritten signs detail what tobacco leaves are in each row and when it was specifically put in the curing barns. Leaves are hung on wooden poles and placed to hang vertically with the stem up. Newer leaves are literally greener. Leaves of tobacco will hang in curing barns for various amounts of time until each batch is ready to move to the next step in the process.

From there, the tobaccos are transported to PTP’s facilities for more processing and sorting, something we will cover in our next post.