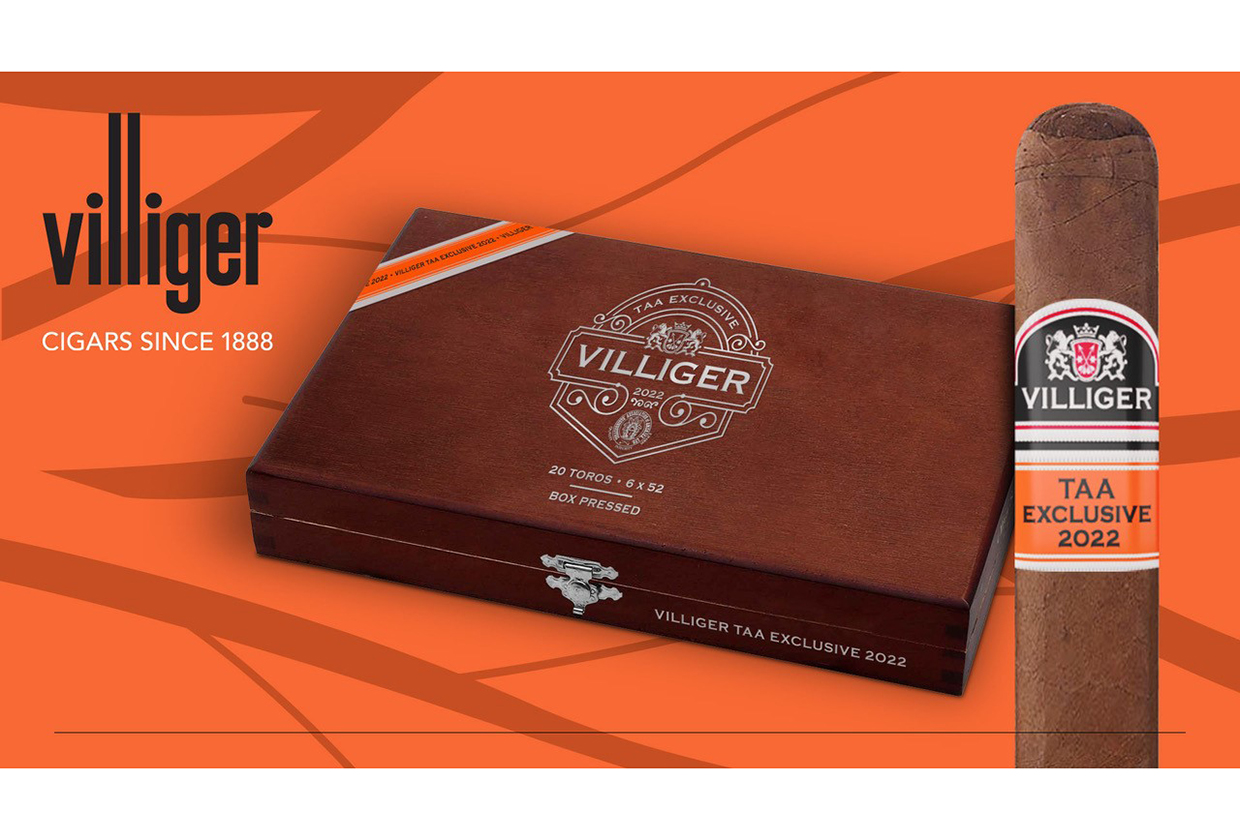 Villiger Cigars has announced that it will be contributing a limited edition cigar to the Tobacconists’ Association of America’s Exclusive Series for 2022.

The aptly named Villiger TAA 2022 is a 6 x 52 box pressed toro, with a blend using a Mexican San Andrés wrapper, a Nicaraguan binder from the Jalapa region, and Nicaraguan fillers, specifically corojo from Estelí and criollo from Jalapa. The company calls it a medium to full-bodied blend.

The cigars are being made at the La Zona Cigar Factory in Estelí, Nicaragua, with production limited to just 500 boxes of 20 cigars, a total run of 10,000 sticks. Each cigar has an MSRP of $10, with shipping scheduled to begin in April.

Villiger is the second company to announce its TAA release, as Crowned Heads announced that it will be releasing The Lost Angel 2022. This will mark the third consecutive year that Villiger has produced a cigar specifically for the organization.

The TAA is a group of some of the country’s top tobacconists, about 80 retailers, as well as 40 or so manufacturers. The association gathers annually to discuss issues facing the industry and retailers, as well as to have its annual trade show, a unique event that works on a group buying format in order to secure exclusive deals for these generally high-volume merchants. This year’s event is scheduled to take place from March 20-24 in Cabo San Lucas, Mexico.

Update (March 8, 2022) — Villiger confirmed that the cigars are being made at the La Zona Cigar Factory, and the story has been updated accordingly. The initial announcement simply said that Espinosa Premium Cigars was making the cigar in Nicaragua, but the factory had not been confirmed.