Today Viaje will be sending what figures to be its final release of 2015 to retailers in time to have it on store shelves for the Christmas rush, as the company is shipping the Holiday Blend 2015 and Candy Cane EL today, along with a new limited edition set of ashtrays and a Viaje-branded cigar cutter.

Both of the cigars have gotten an update for 2015, as production has moved from Raíces Cubanas to PDR Cigars in the Dominican Republic, with new sizes released for this installment. 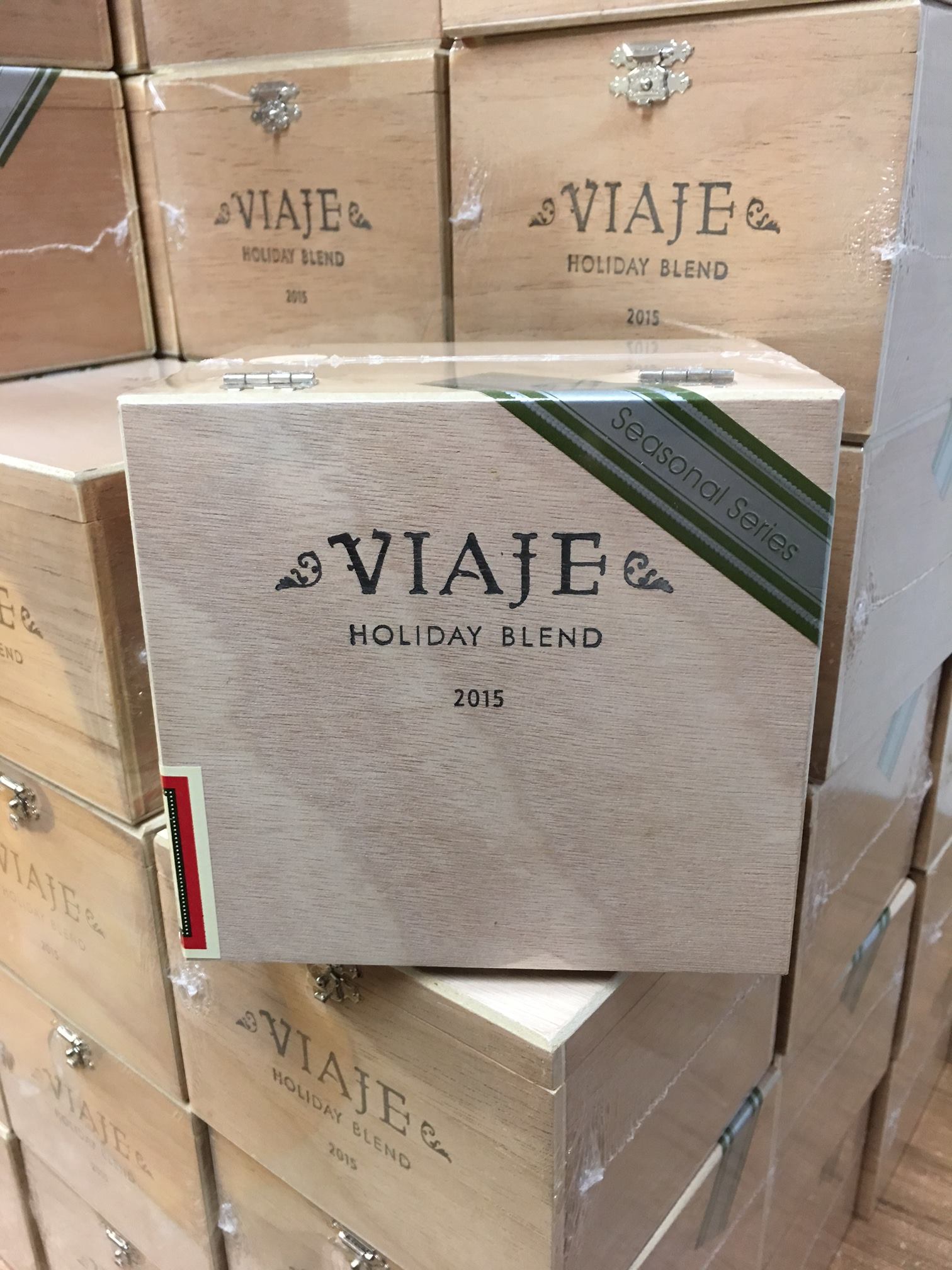 This year’s Viaje Candy Cane Edición Limitada returns in a 6 x 54 toro vitola but with a box press and the first usage of the Edición Limitada band in its three releases. For the barber pole wrapper, the Candy Cane uses Brazilian Arapiraca and Ecuadorian habano leaves. It is being packed in 20-count boxes with an MSRP of $240, or $12 per cigar.

The binder and filler on both cigars was described as being “Nicaraguan/Dominican” by a company spokesperson, though further specifics weren’t provided. In addition to the cigars, Viaje is releasing a limited edition series of ashtrays that share a design with this year’s Skull and Bones Ten Ton Tess Collector’s Edition releases. 500 ashtrays are being produced in both the black on white and white on black designs, with just 200 individually numbered units being produced in the gold on black, numbers that align closely with the cigar release. 500 jars of both the white on black and black on white designs were produced, though just 100 of the gold on black jars were made. Finally, the company is offering a logoed double guillotine cutter that features both the Viaje word mark and leaf logo laser etched onto the blades. It is packaged in a custom made box with a magnetic closure.

A representative from Viaje told halfwheel that there is no MSRP for the ashtrays or cutters, something again similar to the release of the Skull and Bones Ten Ton Tess, as the company did not set a suggested price for the gold on black version of the cigar. 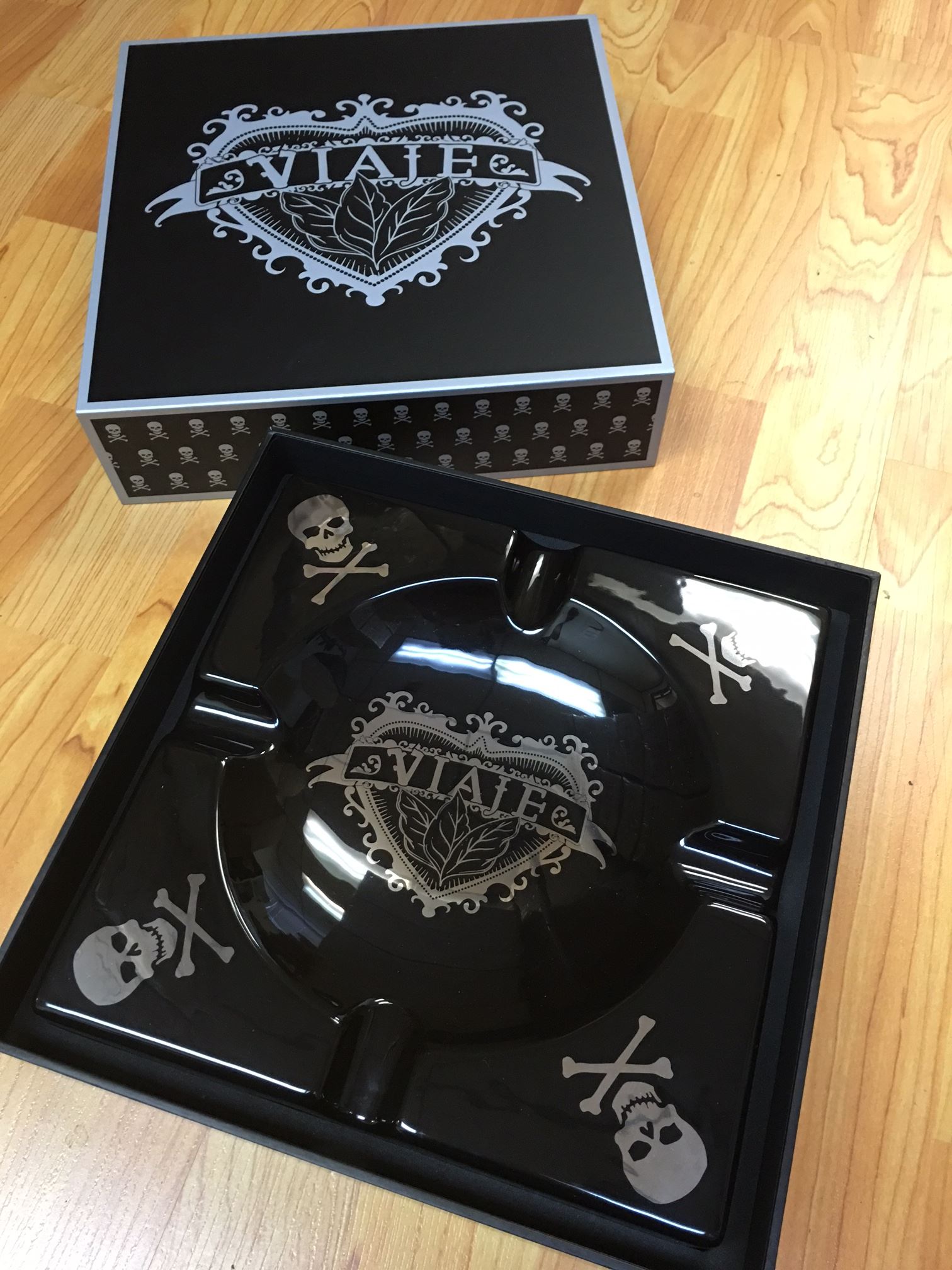 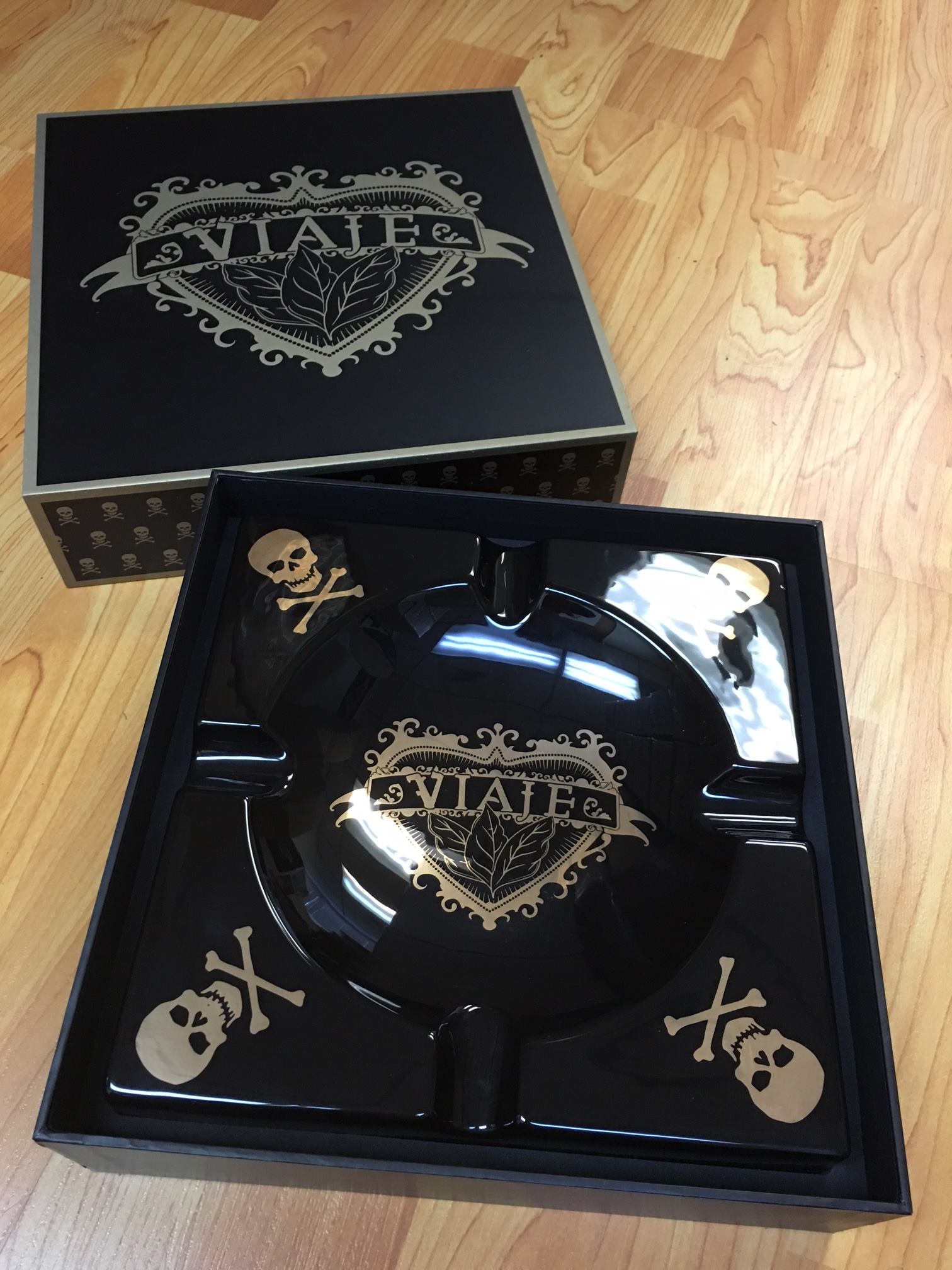 Update (Dec. 21, 2015) — one retailer has listed the price of the black and white ashtrays at $105 each, and the cutter at $36, with no listing for the limited edition gold on black version of the ashtray yet.