Atlantic Cigar Co. of Pennsylvania and R. Field Wine Co. of Hawaii have been selected as the two customers for the 2014 Viaje Zombie. 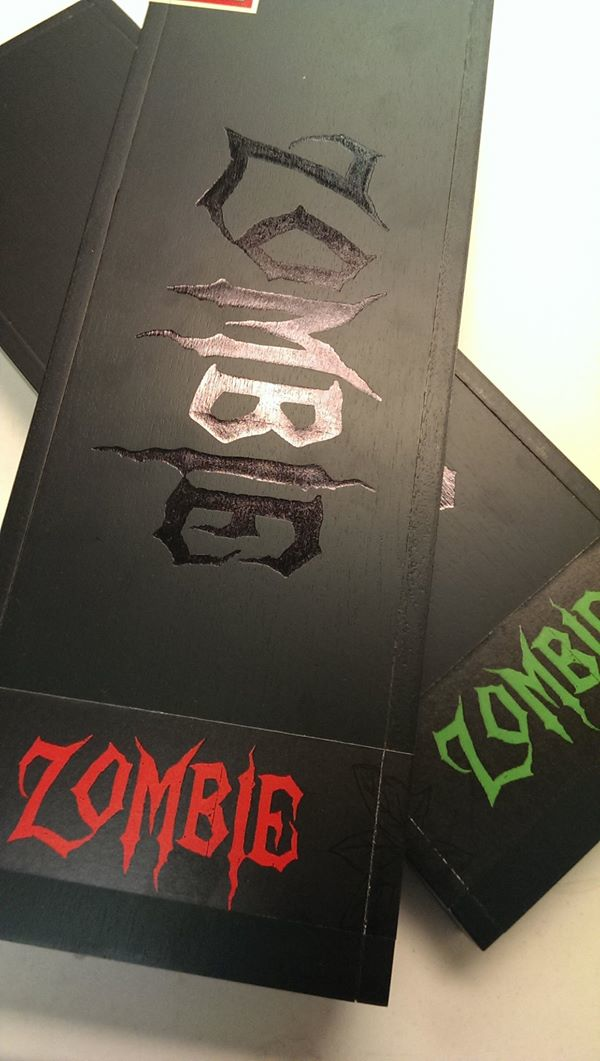 The cigar will be released on April 25 at R. Field Wine Co.,with company owner Andre Farkas in attendance.

It’s the first time since the cigar’s debut in 2011 that has been limited to two stores, although the The Cigar Republic—Atlantic Cigar’s brick and mortar retail stores—will also sell the Zombie in  Danbury, Conn. and Elmsford, N.Y. The company has shown off two other Zombie-related projects. The 3 1/2 x 54 Zombie Super Shot will return for a second consecutive year. A representative from the company told halfwheel it will be priced at $7 per cigar or $175 per box of 25. The company declined to release production numbers, although the cigar was limited to 400 units last year.

In addition, Viaje is expected to ship Zombie Antidote, a new cigar, next month. Both it and the Super Shot will be sold at accounts nationwide.

The Green and Red will bring the total of Zombie proper releases to six, while the Antidote and Super Shot will mean the Zombie-labeled series stands at nine cigars.