For the first time in four years, Viaje’s Zombie has come in red. This year, a pair of Zombies land at two very different parts of the country: Hawaii and Pennsylvania.

Zombie is part of a larger story amongst Viaje’s line. “The name comes from peoples transformation into Zombies after being exposed to radiation from the WMD release,” described Ander Farkas in 2011. The reference to WMD is one that refers to one of the company’s releases in its Skull and Bones series.

For 2014, the Zombie keeps the same tapered perfecto look as it did last year, but it is now offered with a criollo wrapper in the form of Zombie (Green), while the Red version features a darker Nicaraguan maduro wrapper.

Last year, the company released two different Zombie blends, delineated between the color of the boxes. This year, the boxes and bands feature different-colored lettering making them easier to distinguish.

In addition to the two Zombie propers, there is also another version of the Zombie Super Shot which has been shipped to all Viaje accounts, as well as Viaje Zombie Antidote which is expected next month nationwide. This will bring the total count of Zombie releases to nine. 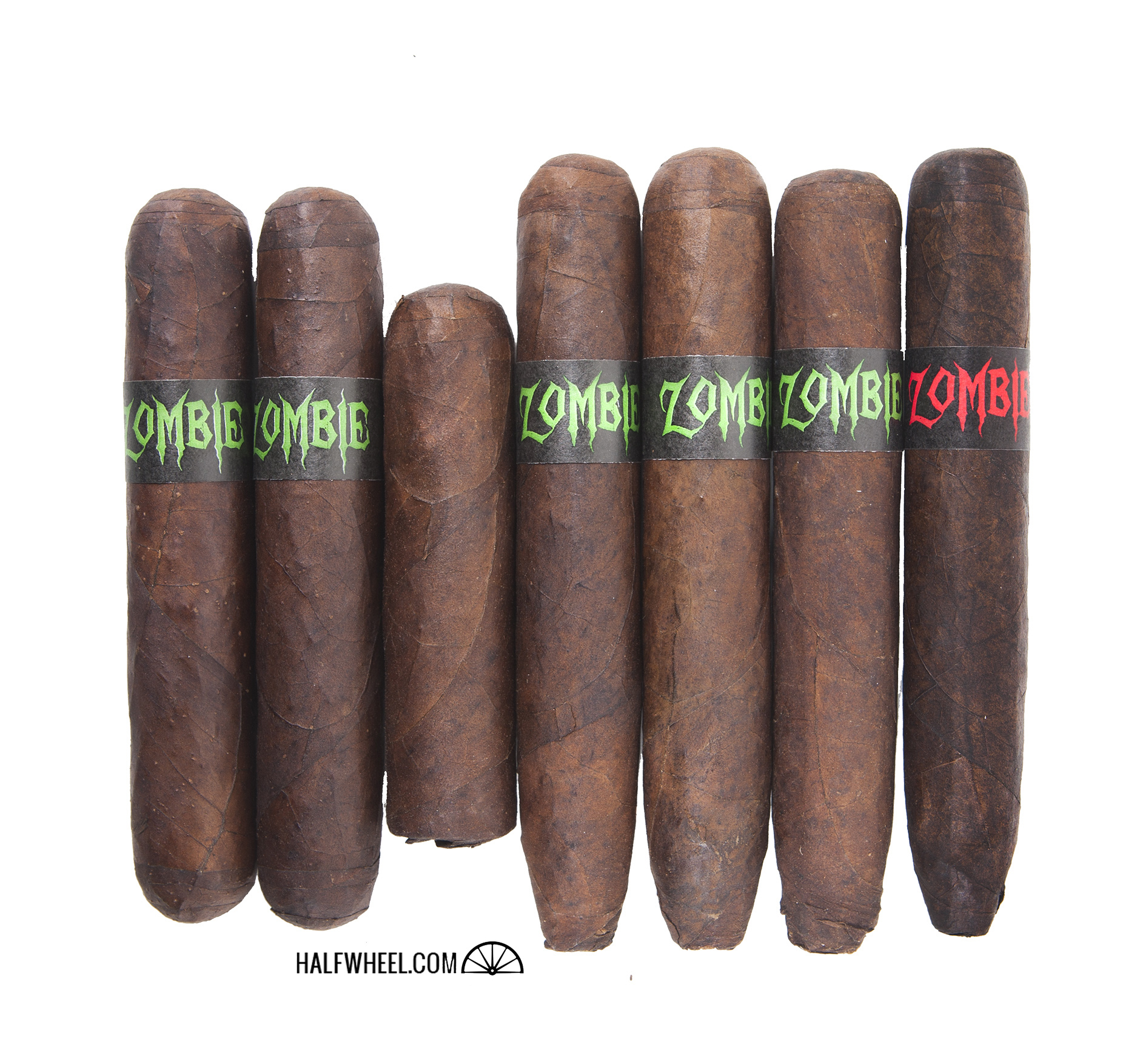 Two retailers were chosen for the Zombie release. R. Field Wine Co. of Hawaii held an event with Farkas last night to release the cigar. The other store chosen was Atlantic Cigar Co. and its retail sister stores in Connecticut and New York, known as Cigar Republic.

In total, the company made 100 20-count boxes of each version with pricing set at $11 per cigar. 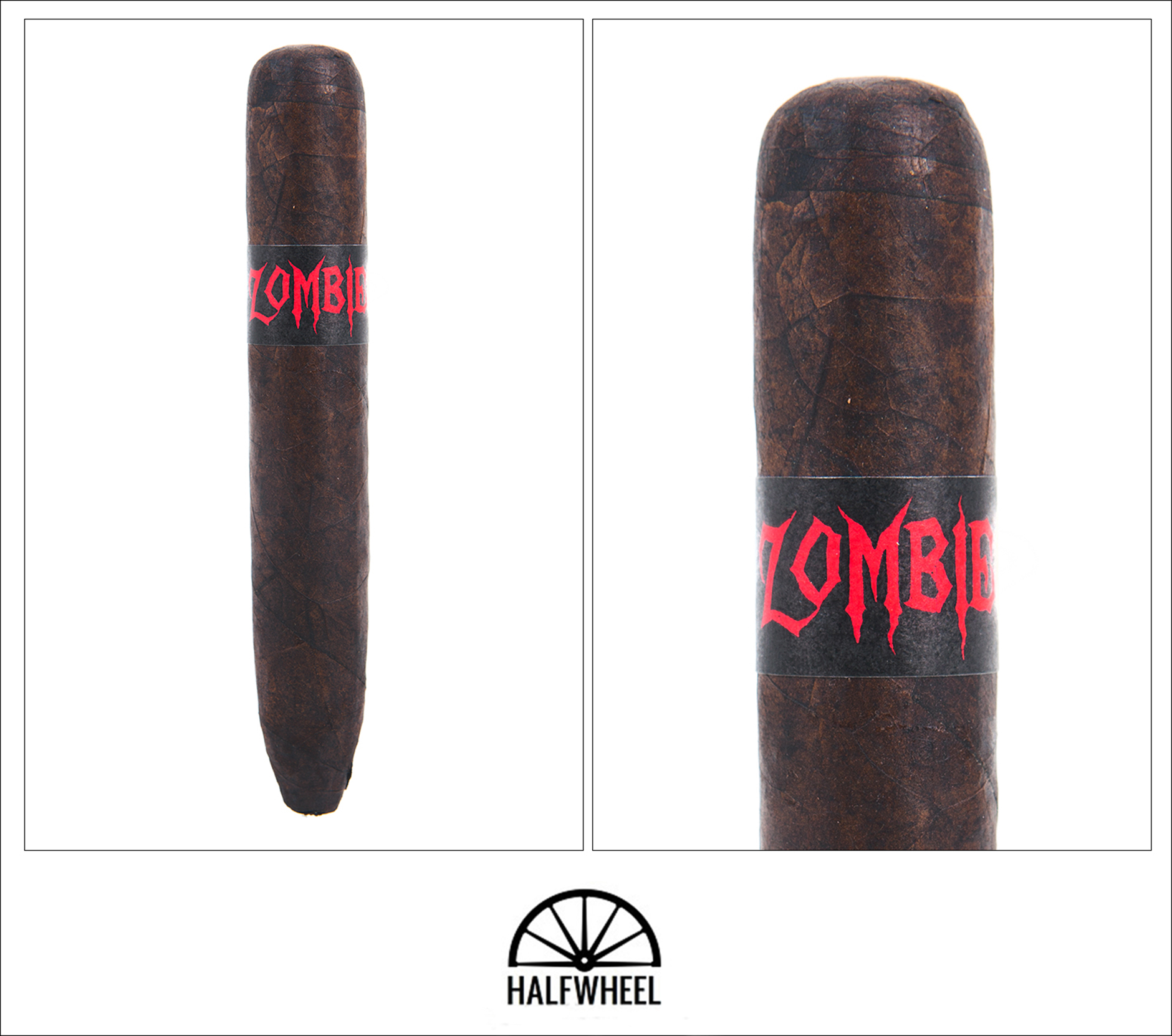 Appearance-wise, I love the dark and oily wrapper. The red on black looks better in my opinion than the green and black, but it might just be a newness factor. I pick up some faint grass and mild chocolate from the wrapper—which is very mild as far as aroma is concerned. The foot provides a stronger bouquet of flavors: leather and fruitiness. After clipping a super hard cap I get leather, fruit, a touch of dry alkaline ramen noodles, something that reminds me of a Trident-like orange gum flavor and a ton of red pepper around the cap. The latter note was only present on one cigar, more on that below.

It starts out with some earth and harsh barnyard. There’s a big walnut note and red and black peppers through the nose, all three of which last through the finish. The first third sees the pepper decline, as well as the upfront strength, and by the one inch point I’m left with a cigar that is medium-full. I pick up a growing generic woodiness as well as a fruit note that I’m now pegging as cranberry, although the pepper remains a big part up until the one and half inch mark. As far as construction, look at the top of the final notes. Into the second third and the woodiness is now cedar. There’s remnants of pepper on the tongue, but the action is on the retrohale. Heavier doses of cranberry, tea and coffee along with some green olive on the finish. It’s getting close to the full mark as the second third goes through. Draw is wonderful, so much so that I haven’t even thought about it on most of the samples. 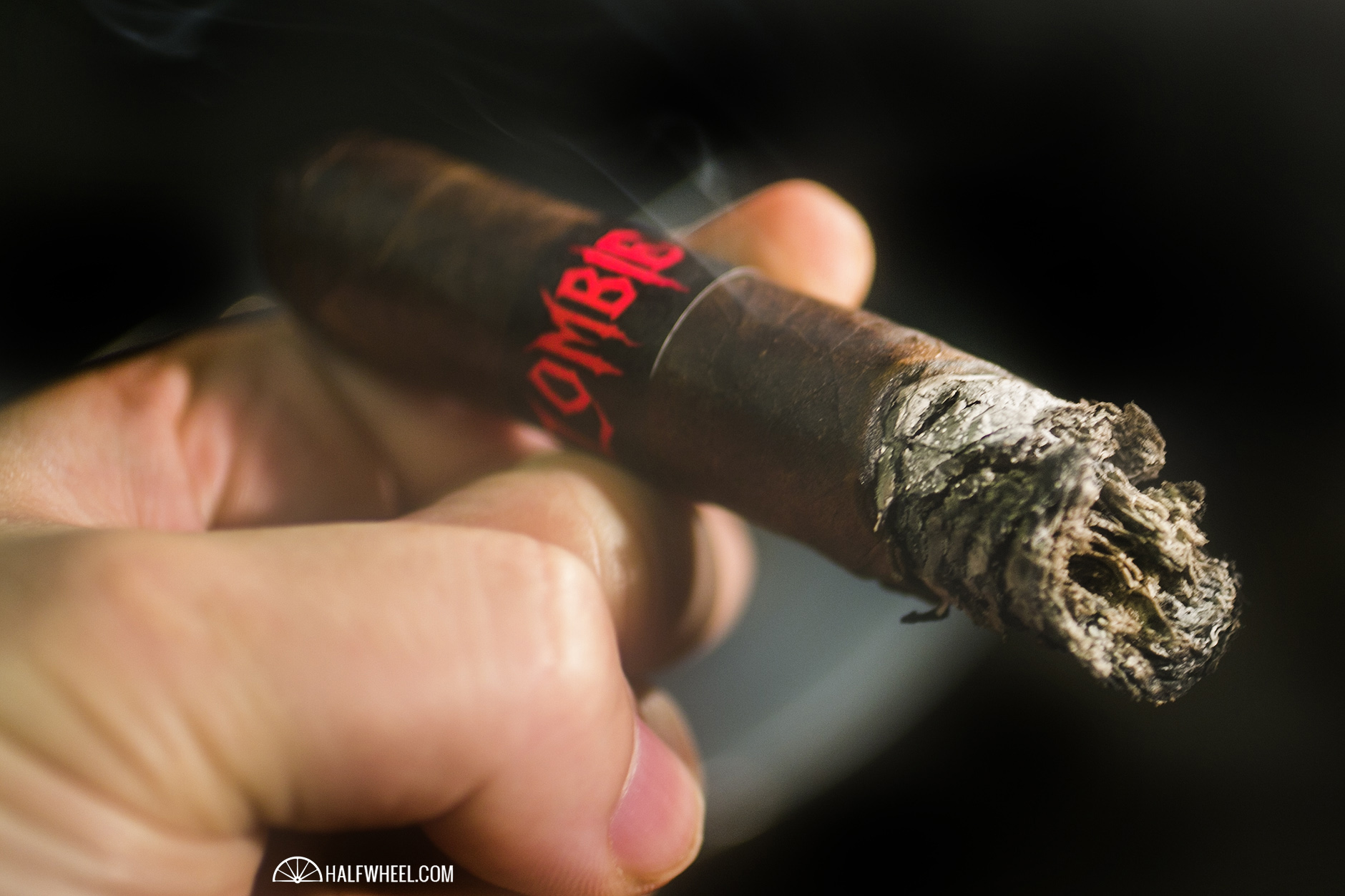 The final third of the Zombie Red rewards you, a lot. There’s a hickory barbecue note through the nose along with a completely separate roasted pork note. On the lips, there’s some saltiness, which makes it seems like remnants of dinner. The cedar note has almost completely faded and the Viaje avoids harshness well beyond the inch mark. 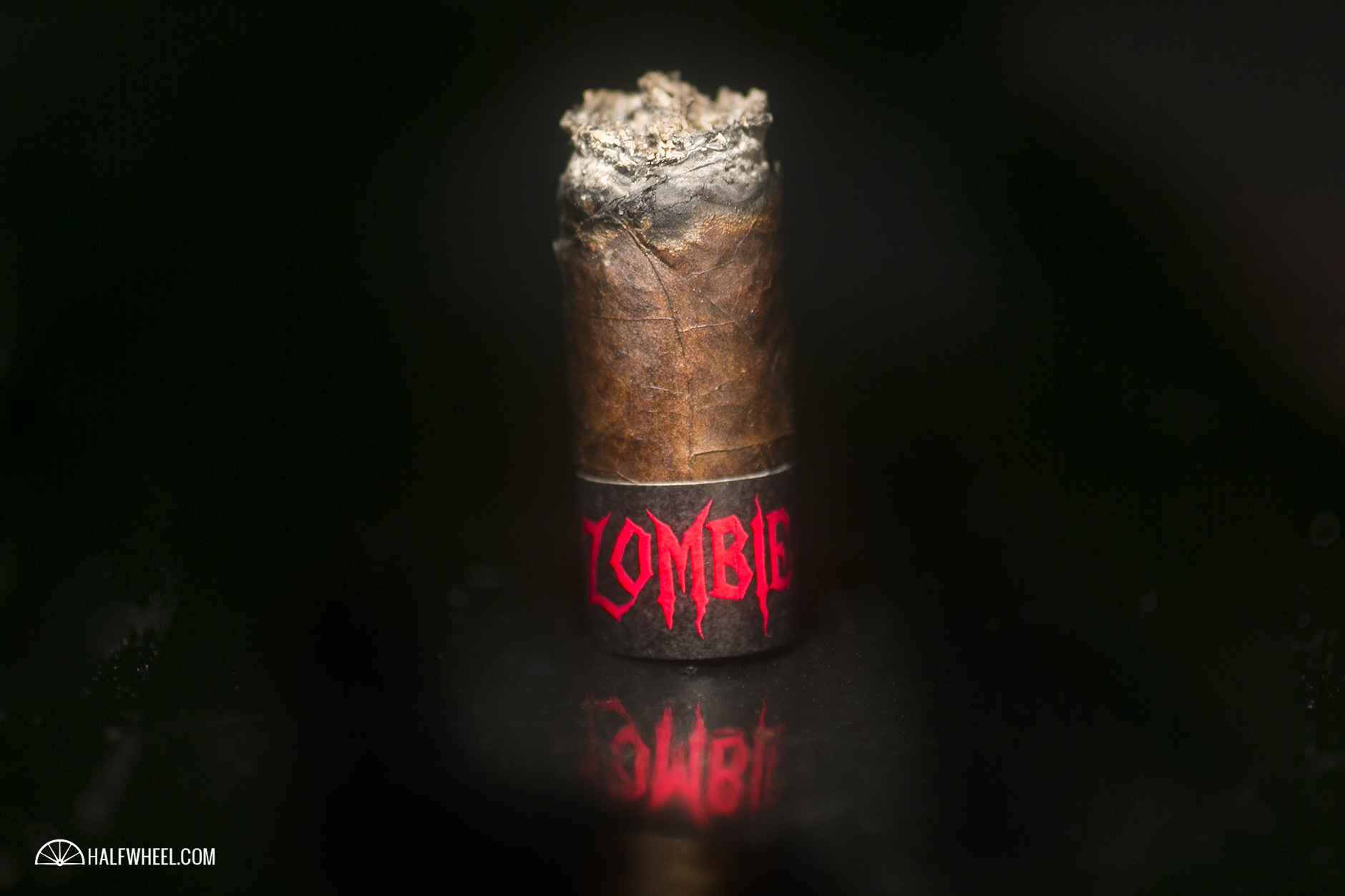 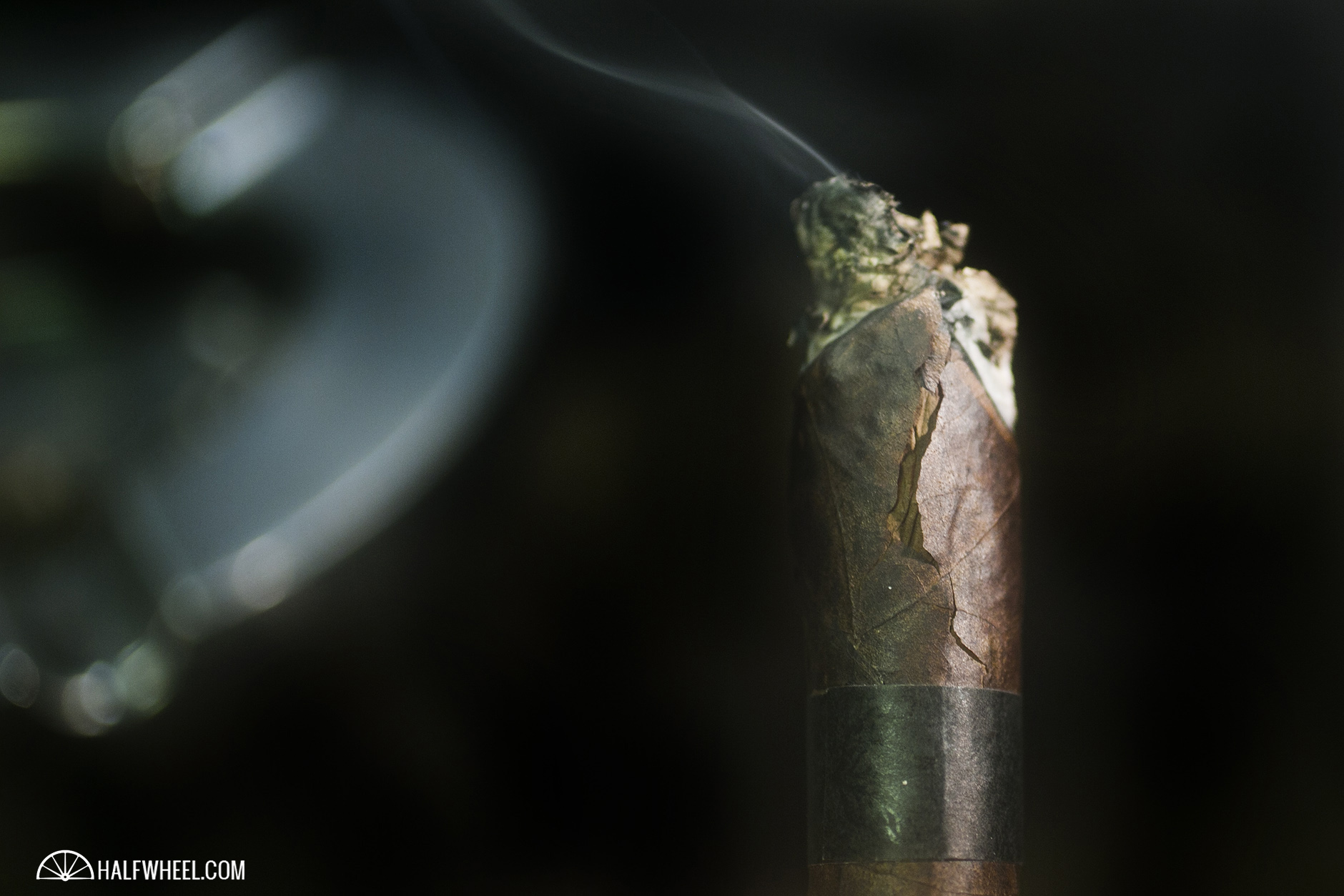 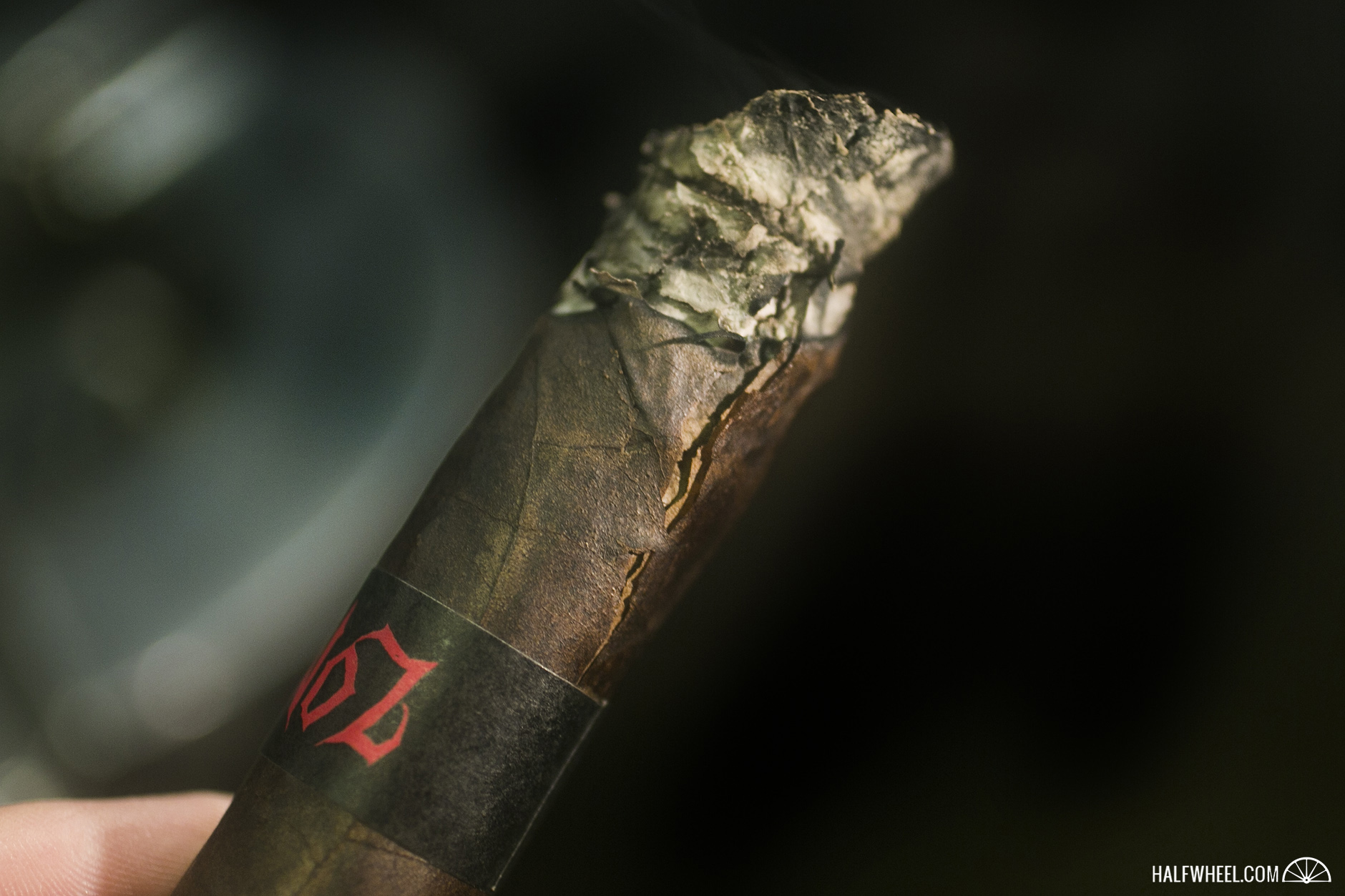 I’m at a loss as far as the construction goes. One sample was all that you could ask for, yet one was bad enough I probably would have chucked it if I wasn’t reviewing. For the purpose of a rating, it’s dominated by the flavor, which was good, not great. However, when construction becomes as bad as it did, you have to subtract some points. As it stands, these are not something I would feel comfortable recommending without the warning about construction. I’m interested to see if my first two experiences are indicative of the norm, or anomalies.