In 2011, Viaje released the first of what has since become one of the company’s most recognizable lines. The Viaje Zombie began as an exclusive release for Tobacco Grove in Maple Grove, Minn. and BURN Premium in Burnsville, Minn., both of whom split the 100 20-count boxes that were produced.

Since then, the Zombie line has grown substantially, not only with more versions of the original green label blend but also by adding numerous other incarnations such as Zombie Red, Zombie Black, Zombie Natural, Zombie Biohazard Red and Green and even a version that was originally made as an exclusive for the Chinese market.

In the storyline that Andre Farkas, Viaje’s founder, put forth, the Viaje Zombie is a creation that was always meant to be released after the Skull and Bones WMD and Skull and Bones MOAB cigars and refers to people’s transformation into zombies “after being exposed to radiation from the WMD release.” The multiple line offshoots that share the Zombie moniker then fill out the story: after the people hit with radiation from the WMD and MOAB bombs turn into Zombies, the survivors use shotguns loaded with Zombie Super Shots to kill them while also taking the Zombie Antidote—which is rolled in a vitola that simulates a syringe—to cure themselves if they happen to be bitten or infected, which apparently is exactly what happened to both Farmer Bill Hatchet and most recently, Zombie Farmhand Andre.

However, in September Viaje announced that this year’s three different releases in the Zombie line would also be designated as Collector’s Editions, which indicates that the exact blend will be made in one size only one time.

So far, Viaje has released very little information about the  Zombie Collector’s Edition cigars, but we do know there are three different blends—Red, Green and Black—all rolled in the same 6 x 52 perfecto vitola. All three feature the same tapered foot and are being sold in 20-count boxes. In the past, the different colors on the bands have indicated different wrappers, with the Green band signifying the blend is made with a criollo wrapper while the Red band means it is rolled with a maduro wrapper and the Black band indicates it incorporates a natural cover leaf.

There have been, at least, 24 different releases under the main Zombie line so far. Visually, the Viaje Zombie Red Collector’s Edition is covered in a silky smooth dark espresso brown wrapper that looks like it was dunked in oil. The cigar is a bit lighter than I expected when held in my hand and one sample features a very prominent bump just under the secondary band. Aroma from the wrapper is a combination of sweet earth, creamy oak, leather tack, barnyard, black pepper and indeterminate sweetness while the cold draw brings flavors of aged oak, leather, raisin sweetness, earth, tobacco and slight spice.

The first third of the cigar starts with a dominant combination of anise and earth, followed by flavors of generic nuts, leather, hay, bitter dark chocolate and espresso beans in various amounts. While the profile is fairly gritty overall—which is not helped by the abundance of black pepper on the retrohale and spice on my tongue—there is a fleeting floral note on the finish as well as a generic milk chocolate sweetness on the retrohale, both of which are barely strong enough to keep me interested. Construction-wise, the burn has issues out of the gate meaning I have to touch it up early on, but the draw is excellent so far after a straight cut and the smoke production is well above average. The overall strength starts with a bang and is well on its way to the medium mark by the time the first third comes to an end.

Unfortunately, the milk chocolate sweetness present on the retrohale—which was already mild to begin with—fades a bit more during the second third of the new Zombie, leaving me with more spice, more black pepper and a dominant flavor that has shifted to gritty earth. Secondary flavors include leather, cinnamon, cocoa nibs, cedar and toast, while the floral note on the finish has faded a bit as well. Thankfully, the burn has evened out nicely and the draw continues to be excellent, but the strength has continued to increase noticeably, ending the second third well past the medium mark and knocking on the door of full. 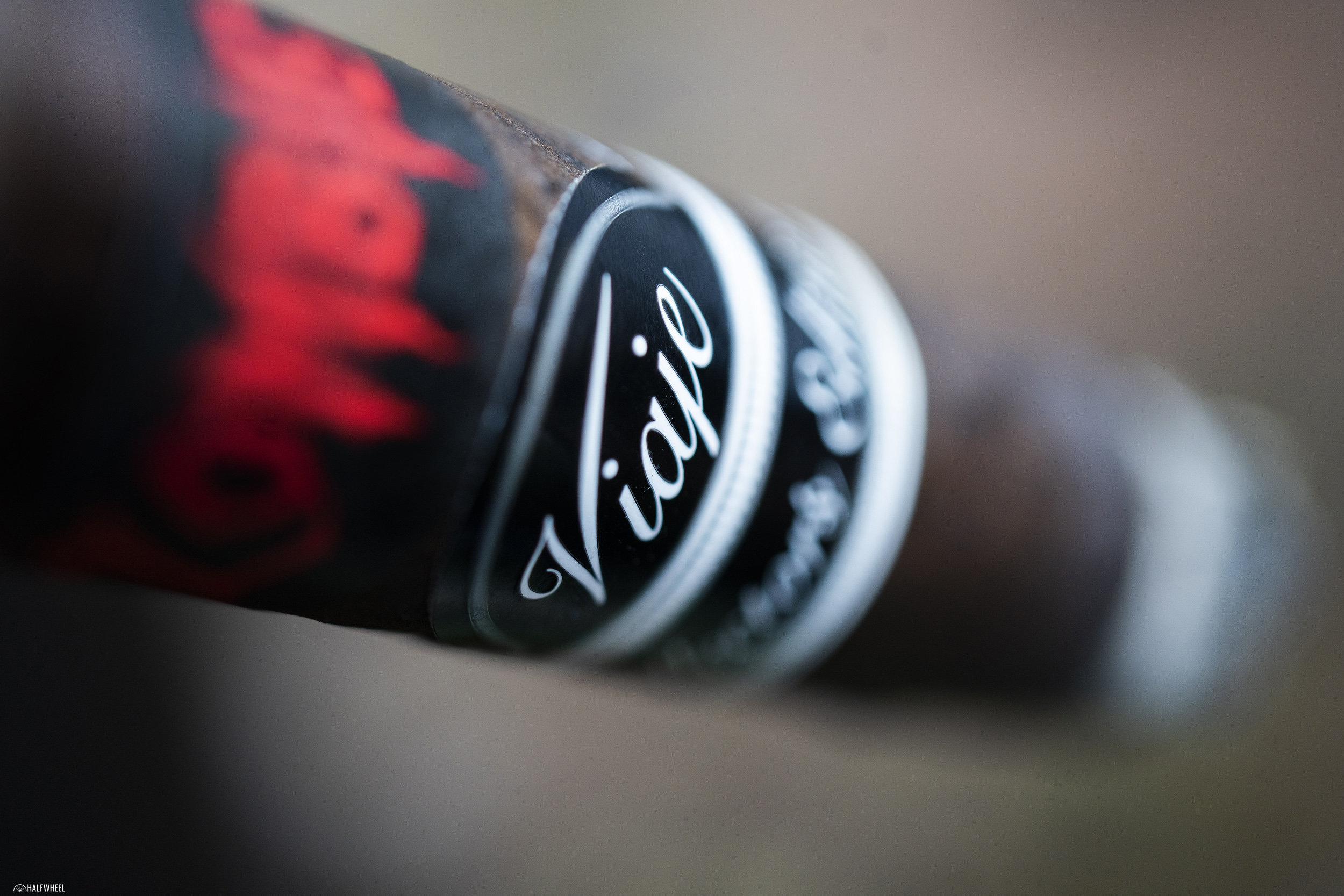 Although the experience of the Zombie Collector’s Edition in the final third is virtually identical to the preceding third in most ways, there are two obvious differences: the overall profile has become more creamy as opposed to gritty—albeit with the same earth as the dominant flavor—and the floral note on the finish has become quite a bit more aggressive, to the point where it becomes a major player. Additional flavors of cinnamon, dark chocolate, leather, creamy cedar and toast flit in and out, while bot the black pepper and milk chocolate sweetness present on the retrohale remain about the same level. In terms of construction, both the burn and the draw continue to give me no issues, while the strength ends up just under the full mark by the time I put the nub down with about an inch remaining. While they have definitely on the stronger side compared to most of Viaje’s other creations, I have enjoyed a number of different Zombie releases over the years and was looking forward to what the Red Collector’s Edition had to offer. Unfortunately, what I ended up with was a cigar with a very linear profile that had too much dominant earth on the palate and not nearly enough sweetness to compensate. In addition, the close to full strength in the final third proved costly to the balance, and each of the three samples had at least one burn issue that needed correcting. Viaje has made some very good cigars, but the Zombie Red Collector’s Edition is far from the best Zombie.