Viaje is known for many things, but one of the most interesting are the unique backstories that some of the releases have.

A couple months ago, the company shipped two new cigars: Zombie Super Shot 2017 and Antidote Collector’s Edition. The mythology of these particular Viaje cigars go something like this: people are transformed into Zombies after being exposed to radiation from the WMD and MOAB releases, which need to be killed with Zombie Super Shots, while the Antidote—which is made in a vitola that simulates a syringe—is given to other people to cure them from the zombie apocalypse.

This year’s incarnation of the Antidote is different in four ways: first, it is being labeled as one of Viaje’s Collector’s Edition releases, which means the exact blend will only be made in this size one time. Secondly, it was packaged in bundles of 25 cigars as opposed to the plastic jars that its predecessors were sold in. Third, the perfecto tip is not cut off as it has been in the three previous releases, meaning it has a closed foot. Finally, at 6 1/4 x 50, it has been described as a “double dose” compared to the regular Antidote, meaning “the cigar is much larger than the regular edition,” according to a Viaje representative.

In an email, the company official told halfwheel that there were 12,500 Antidote Collector’s Edition cigars released packaged in bundles of 25, with each cigar carrying an MSRP of $10. Blend-wise, the cigars are composed of a criollo ’98 wrapper covering Nicaraguan tobacco in both the binder and filler and were rolled at Fábrica de Tabacos Raíces Cubanas S. de R.L. in Honduras. There have now been four different releases in the Antidote line. There have also been six different Collector’s Edition releases so far. Visually, the Viaje Antidote Collector’s Edition is quite similar to its predecessors, with a dark espresso brown wrapper that is quite smooth to the touch as well as a covered foot. There are plenty of veins present, but none of them are overly distracting, and the cigar has a great amount of give when squeezed. Aroma from the wrapper is a combination of barnyard, hay, manure, sweet cedar and leather while the cold draw brings flavors of creamy oak, hay, gritty earth, leather, raisins and a touch of black pepper.

Starting out the first third, the Viaje Antidote Collector’s Edition has a dominant combination of creamy oak and gritty earth, interspersed with leather, grass, oak, raisons and vanilla sweetness on the finish. There is a significant amount of spice on my tongue as well as some very strong black pepper on the retrohale, both of which seem to be actually increasing as the first third burns down. Smoke production is massive off of the foot and while the draw is excellent after the burn line passes the , the burn is a bit wavy out of the gate. Strength-wise, the Viaje starts off between the mild and medium marks and does increase a bit before the first third comes to an end. The dominant flavor remains a creamy oak and gritty earth combination during the second third of the Viaje along with other flavors of dried tea leaves, leather, hay, cocoa nibs and slight espresso bean bitterness flit in and out, and there is a touch of saltiness on my lips. I am also picking up a distinct grits note on the retrohale, and both the black pepper on the retrohale and spice on my tongue have decreased noticeably. Smoke production is still well above average, and while the draw remains excellent, the burn has gotten a bit out of hand, forcing me to touch it up a couple of times. The strength has not budged much, and it still fails to hit the medium mark by the end of the second third. 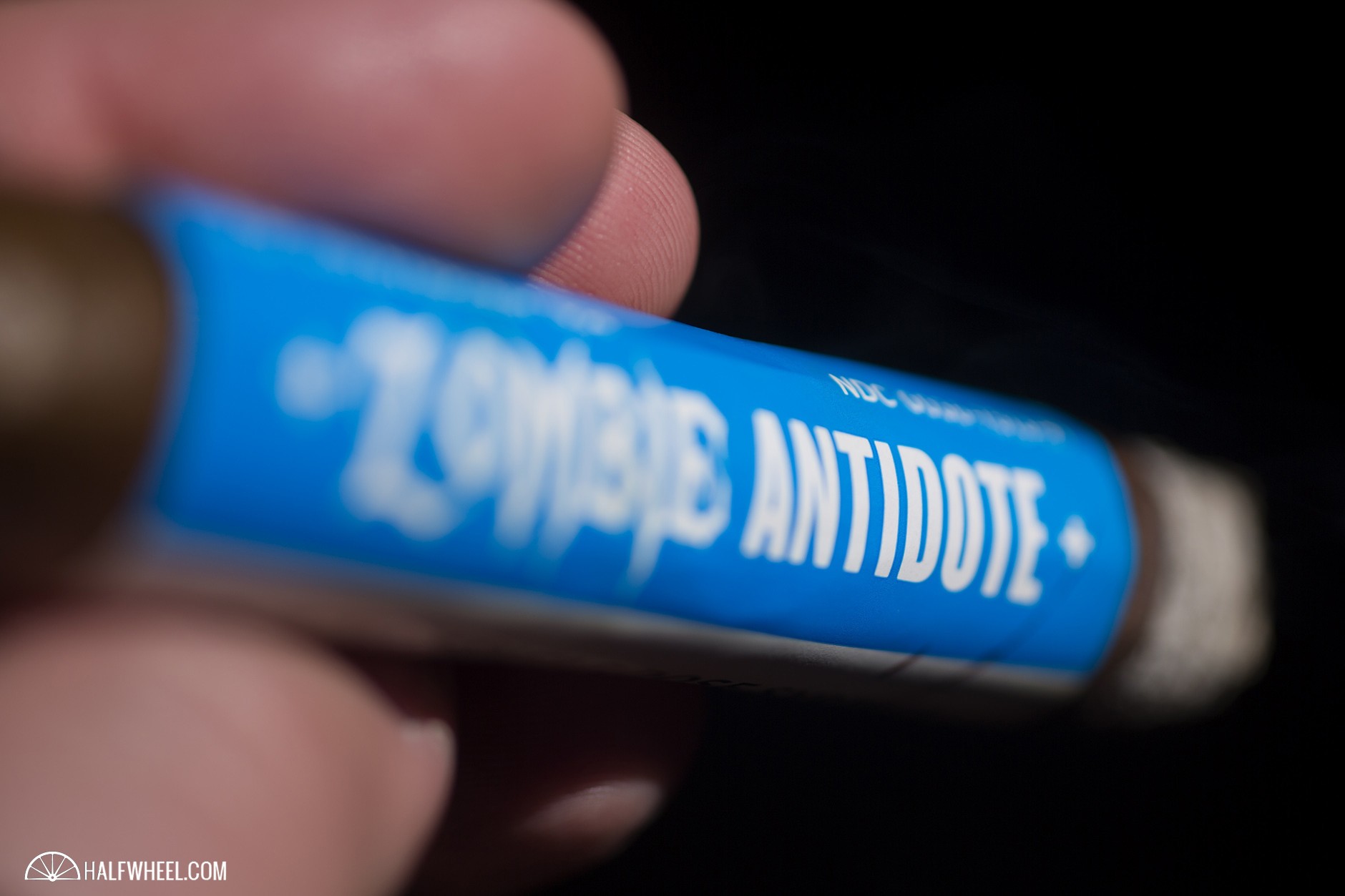 While the dominant flavors of creamy oak and gritty earth do not change much in the final third of the Viaje Antidote Collector’s Edition, both the vanilla sweetness and distinct grits flavors become more noticeable in the profile, along with notes of fresh brewed coffee, leather, bitter dark cocoa, hay and black licorice. The black pepper on the retrohale has rebounded a bit, becoming a significant player in the overall profile, while the spice on my tongue is long gone. Construction-wise, the draw is as good as ever, and the burn has evened up nicely, while the smoke production is still coming off of the foot like a grass fire. The overall strength in the Viaje Antidote Collector’s Edition increases enough to reach a solid medium by the end of the final third, but stalls out there before I put the nub down with about an inch to go. 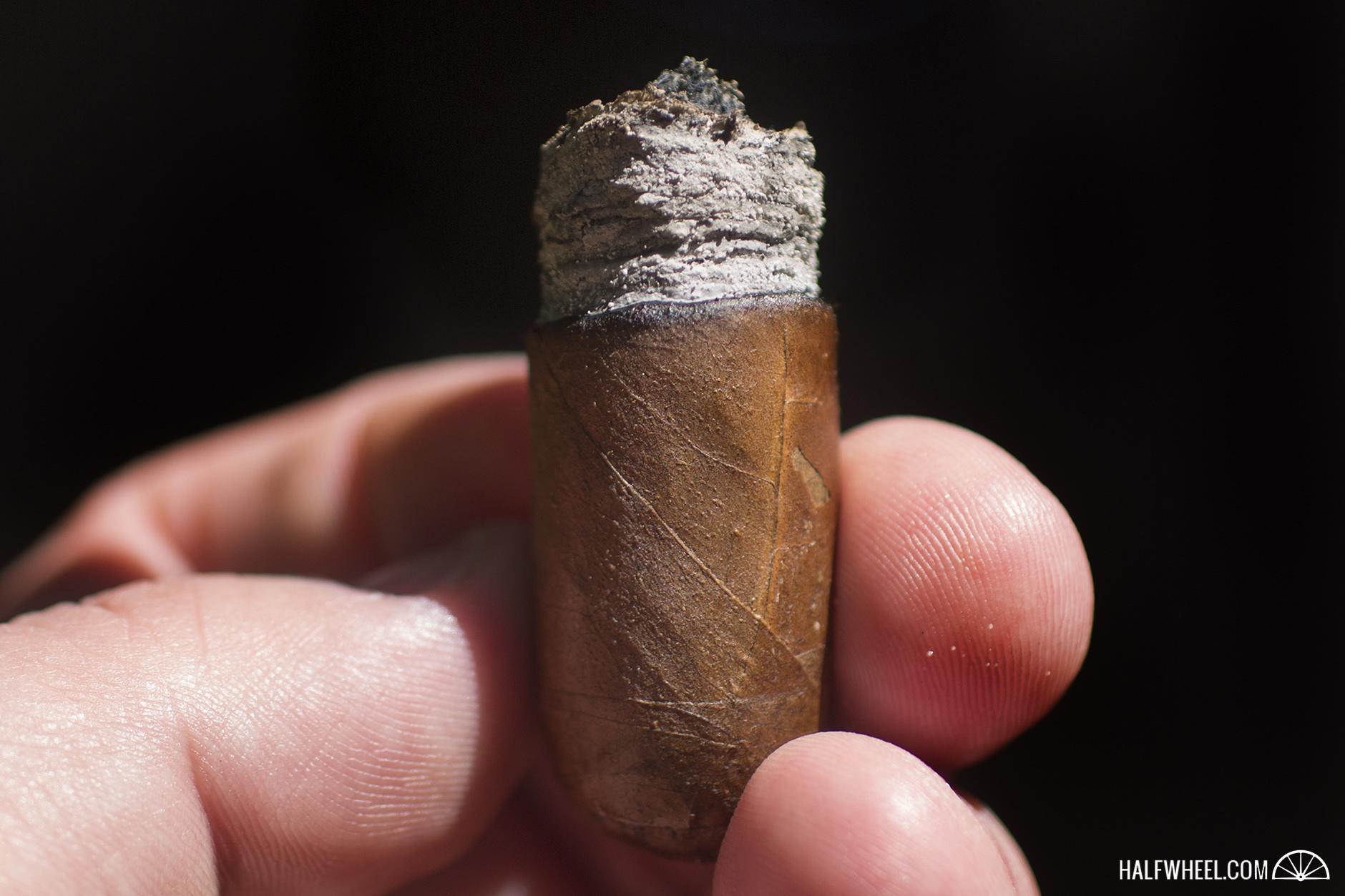 I have always found the backstories for Viaje’s cigars interesting, but some of the actual blends that they are attached to are sometimes a bit of a letdown. That is not the case with the newest Antidote release, which has quite a bit going for it including a nicely complex profile—I have never tasted grits in a cigar before that I can remember—and strength that is mostly balanced with flavors. Having said that, the levels of both the black pepper on the retrohale and the spice on my tongue were very close to overwhelming in the first third, which really brought down the balance of the overall cigar, as well as the final score. However, if you can get past the unbalanced first third, you will be rewarded handsomely.