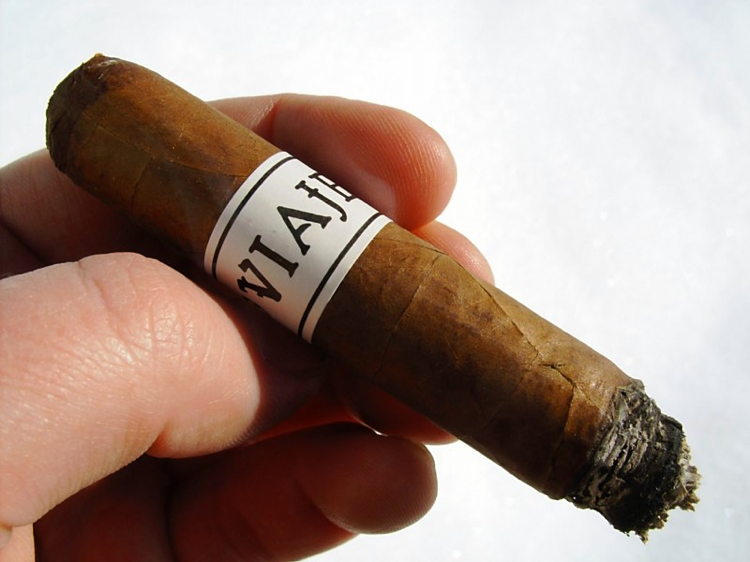 Today we will be taking a look at a Viaje small batch production, the Viaje White Label Project. At this point no one is unfamiliar with Viajes selling style, they focus on small batch production putting out limited runs often not any larger than 150 boxes and only releasing them to their top clients. Viaje has put out some wonderful cigars, the original Skull and Bones, the Double Edge Sword and the Holiday Blend but are they spreading themselves a little thin? We shall see.

The best way to describe exactly what the White Label Project is all about is a quote directly from Andre Farkas (Owner of Viaje):

WLP is the vehicle by which we will release experimental blends, shapes, mash ups, factory errors, etc. It’s a peek behind the factory curtain.

This is WLP’s purpose. Blends, shapes, etc. that would normally never get released will be available under this label. We will also be listening to your ideas. If we hear something suggested that might make a good cigar you might see it released under WLP. 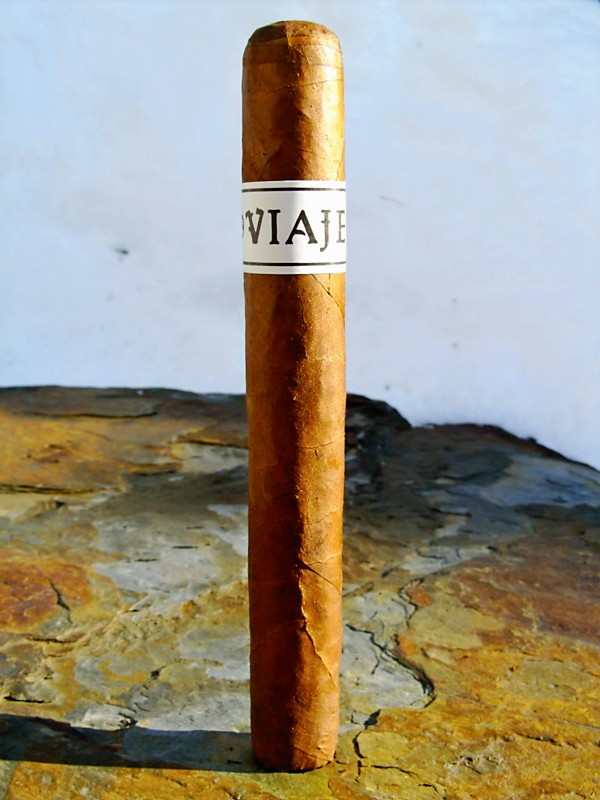 I like the looks of this cigar right away. It has a perfect Corona Gorda shape and a nice Colorado Maduro wrapper. It has very few veins and the wrapper has a really nice smooth feel to it. It has a nice full pack and the covered foot looks really nice. I am a sucker for a covered foot.

The pre-light aroma is a bit musty with a damp earthy aroma. I also get a nice sweet tobacco note. The pre-light draw is very mild, just a hint of tobacco and hay.

Starting off in the first third I get a blast of pepper and spice which turns into a long and peppery finish as well. Initially there isn’t a lot on the flavor palate, just a bit of tobacco and hay and that’s it. The spice and pepper completely overshadow any flavor that is going on and I am finding the cigar to be very one dimensional in the sense that all I get is pepper. There are no big flavors to balance it out. The ash fell off incredibly early, it lasted a half inch at best. The draw and the burn however are perfect. 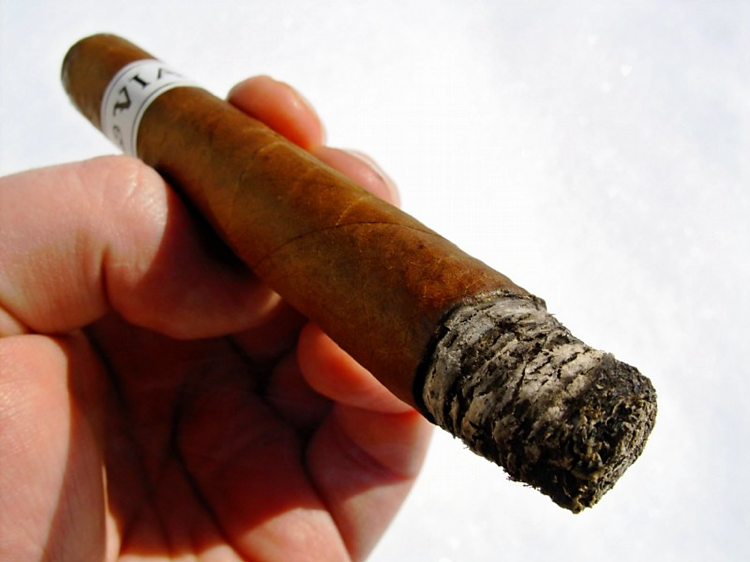 Coming into the second Third the pepper has faded a bit but there is still a nice spice kick through the nose. The cigar heats up a bit and gives way to a leathery, black coffee type profile, a kind of earthy, sweet, bitter flavor. Unfortunately this is all it’s offering at this point.

Finishing up in the final third the cigar gets very peppery again lots of pepper on the finish. Pepper and a woody note is all I can get out of it. It’s Very one dimensional, not a lot of flavors going on. The cigar heats up towards the end and gives way to a bitter coffee like flavor. 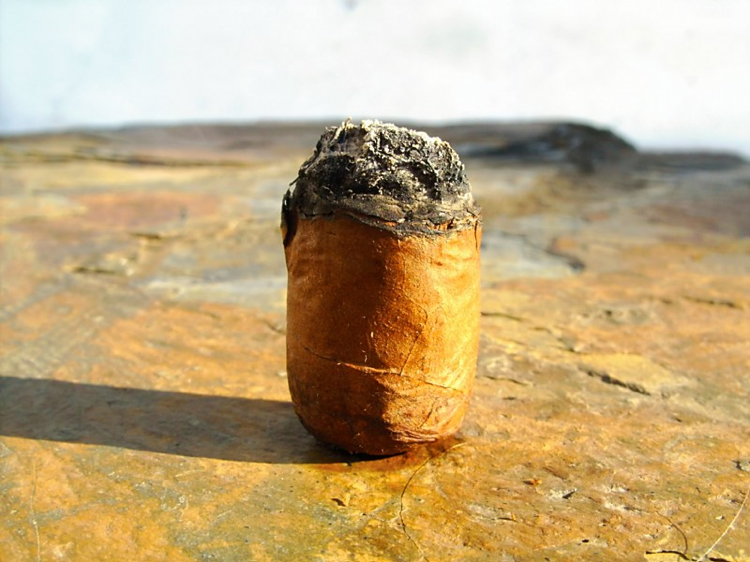 The Bottom Line: There are just far better cigars out there. This certainly isn’t the worst cigar ever but it’s just not nearly as good as the other Viaje releases. In fact this is the worst Viaje I have had to date. The one thing that keeps me coming back to Viaje is the majority of their small batches that have bold flavors, spice, balance and complexity. This cigar had the spice and the pepper but it fell short in every other way. It’s too bad too because I love the size. Don’t fret however because the good thing about Viaje is there is always another one right around the corner.