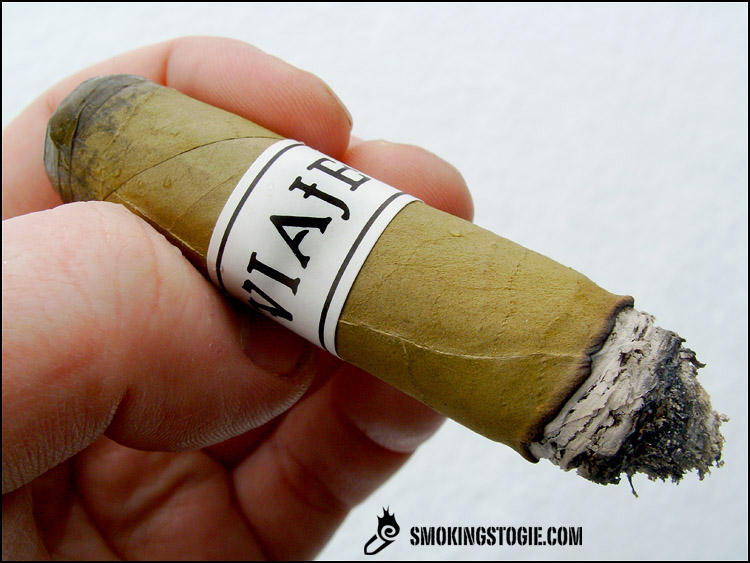 The Candela wrapper once popular in the United States many decades ago has been recently made cool again largely thanks to Dion Giolito of Illusione. While the Candela made by Illusione is a regular production line this is strictly limited. It’s part of Viaje’s White Label Project.

If any of you are unfamiliar with the White Label Project, Andre Farkas has said this publicly about the subject:

We recently reviewed the first release under the White Label Project, which was based off of the Summerfest blend. It is unclear at this point what exactly the blend of the Candela consists of, but it is indeed a Nicaraguan blend.

The WLP Candela is a 5 x 50 robusto obviously made in small numbers, 100 bundles of 25 to be exact and a vast majority of the Viaje retailers have received them, but with only 100 bundles to go around most shops only got one or two bundles. The WLP Candela was released to celebrate St. Patricks Day. I thought to myself, Could they be using the same exact Candela leaf? At this time it is unclear whether the same Candela leaf is used on both cigars but here is a photo of the Illusione Candelas lined up with the new Viaje Candela.

The fact is it’s really impossible to tell from just looking at the wrappers because as you can see the Illusione ~hl~ Candela is complete shade lighter than the other Illusione Candelas. We all are quite familiar with how much variation there can be between wrappers from the same crop so it’s hard to go on that alone. 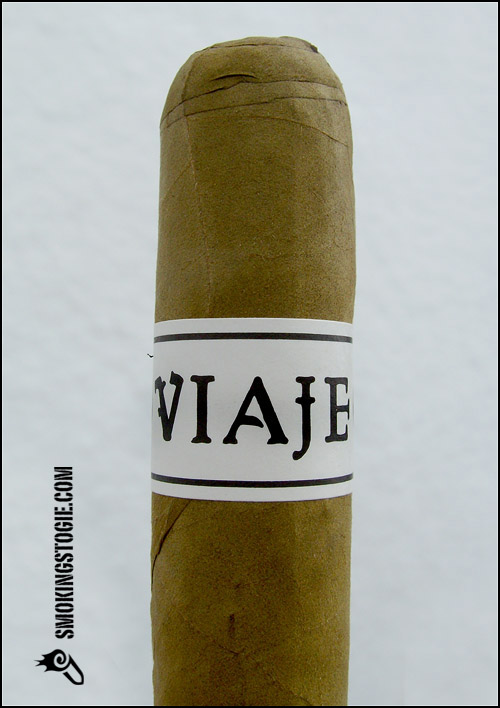 Looking at this cigar I must say it’s a beautiful cigar. It has a nice dark shade candela wrapper with just a couple small veins and a nice tight pack and a dense spongy feel to it. The cigar is rolled well with a triple cap and a tight wrap. The aroma coming off the wrapper reminds me of sprouts, a crisp clean vegetable type aroma. The look of the green wrapper and the vegetable aroma is really weird to say the least but pleasant. There are also notes of hay and tobacco. The cold draw draw is sweet with tobacco and fruity notes as well as some barnyard characteristics like hay and wet wood.

Starting off in the first third I get a toasty tobacco flavor right away it starts off pretty mild but with a little spice through the nose and some pepper on the tongue. There are some mild woody notes as well as some hay, overall just a mild earthy profile. Interestingly there is almost no finish at all most of the flavor is at the draw and right after. There are no lingering flavors whatsoever, perhaps just a touch of tobacco but that’s it. 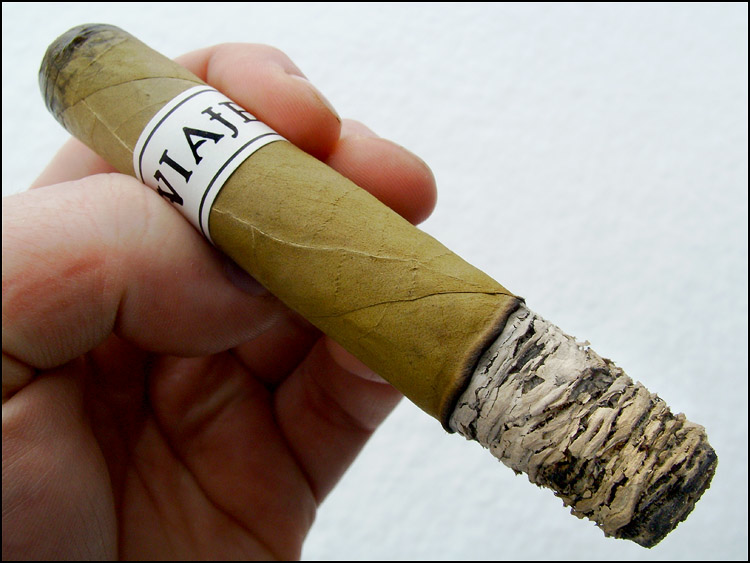 Coming into the second third the flavors pretty much stay the same, there are little hints of coffee here and there but otherwise just that same mild earthy profile. Towards the end of the second third the cigar picks up a little more. It gets a little pepper and the vegetable aroma from the pre light makes and appearance on the palate, just a touch though, just enough to notice it. The construction is absolutely spot on perfect, it has an incredible draw and a razor sharp burn. It’s a really easy smoke.

Finishing up in the final third the cigar gets a bit deeper in flavor with more pepper and a more flavorful finish with bits of coffee and a touch of dark chocolate. The profile is still a mellow wood with some hay here and there. As a whole the cigar didn’t change up a whole lot but was still a consistent smoke, mild to medium in body and very little strength. The construction is fabulous. The number one question is going to be, “was it better than the Illusione Candelas?” My answer is no. I found this to be less complex and flavorful than the Illusione. It is however a good cigar in its own right. There are times when you want a really complex cigar and you want to sit there and really evaluate the flavors and that’s great, but this is a cigar for when you just want to enjoy a cigar and not have to think about anything. I was able to just sit there and have a good time. There certainly weren’t any issues of bitterness or anything. My one complaint is the finish: it really lacks a flavorful finish and that’s always important in a good cigar. I would actually buy more of these but in the end I would probably reach for the Illusione first.