The long-awaited Viaje Trifecta will begin shipping next week. The project, a 30-count box of three different lanceros, has been in the works since 2011 although has seen little updates in the last two years.

Each of the 200 boxes will include 10 lanceros—each measuring 7 1/2 x 40—from three different lines: Oro, Platino and Plata. 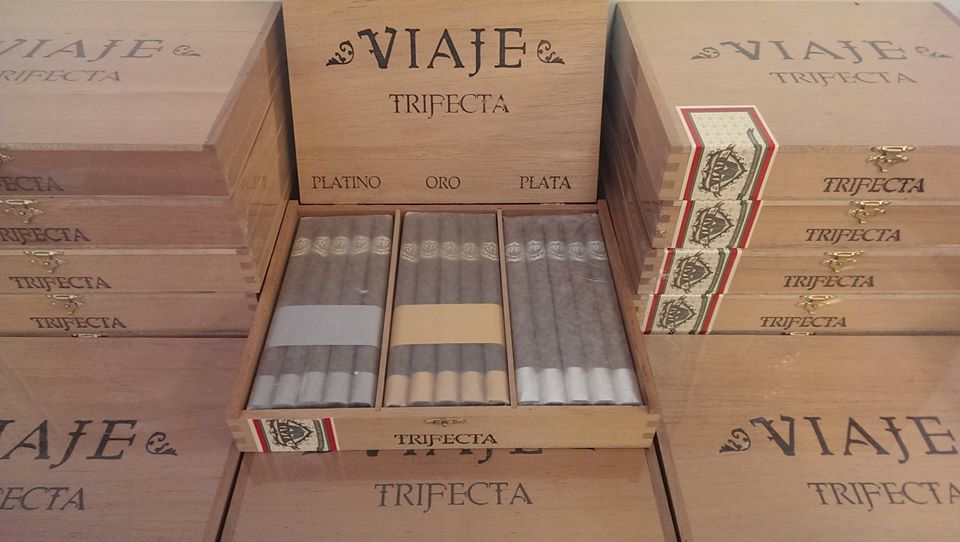 The Oro and Platino lanceros were rolled beginning Feb. 15, 2011 at Raíces Cubanas according to a Facebook post by Andre Farkas.

Plata, a new Nicaraguan puro, was rolled six months ago at Casa Fernández Miami. It’s the first time a Viaje has been known to be rolled outside of Raíces Cubanas since the company left Joya de Nicaragua, where it was once rolled.

Pricing is set at $300 per box. While the Oro and Plata Lanceros are new, the company previously offered the Platino Lancero to its retailers.