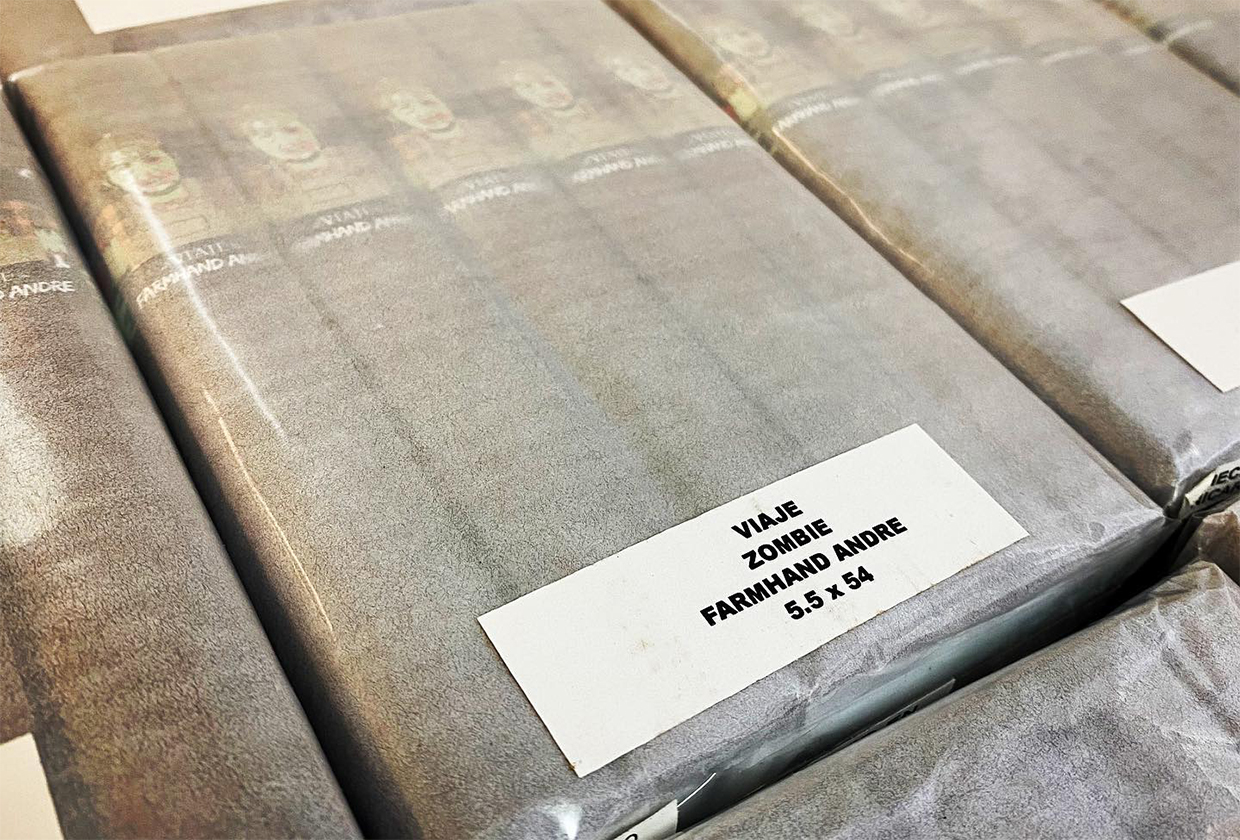 Viaje has announced its next set of releases, one of which will be a new addition to both the Zombie and Stuffed Turkey series.

The Zombie Farmhand Andre is a 5 1/2 x 54 box-pressed robusto that comes in 10-count bundles, with single cigars priced at $11. The blend information as well as the factory producing it and production numbers have not been disclosed by the company.

Fans of the line should be able to see the roots in the cigar’s name, as it’s the latest crossover that draws from two of the company’s other series. Viaje released its Zombie line in 2011 as a follow-up to its WMD and MOAB cigars, explaining that the name came from people’s transitions to zombies after being exposed “to the radiation from the WMD release.” The name has crossed over to create the Zombie Super Shot, as well as standalone offshoots such as the Zombie Antidote and Zombie Biohazard.

In October 2019, Viaje released the Farmhand Andre as an extension to its Thanksgiving-themed Stuffed Turkey line. That cigar was a 7 x 52 Churchill and featured a cartoon image of brand owner Andre Farkas, with the story that Farmhand Andre helped Farmer Bill Hatchet get the turkeys from the farm to your table. The Stuffed Turkey line debuted in 2011, then added two variants, the White Meat and Dark Meat, with Farmer Bill Hatchet appearing in 2014. He got his own Zombie spinoff in 2016. All of those cigars have generally been released closer to the Thanksgiving holiday.

Also scheduled to ship in the coming weeks is the latest installment of the Viaje Birthday Blend, which celebrates Farkas’ birthday on June 6. It is a 6 x 52 toro priced at $9.53 per cigar or $362 per box of 38.

Viaje debuted the Birthday Blend in 2016 as part of its White Label Project (WLP), though that designation lasted only one year before the line got its own packaging and banding, though did retain the WLP’s sticker that indicates some blend and production details. The original plan was to adjust the number of cigars per box in each release to correspond with Farkas’ age that year, though FDA regulations prevented that plan from moving forward.

While the company has not disclosed this year’s blend, the 2019 version used a Nicaraguan criollo 98 wrapper over a Nicaraguan binder and Nicaraguan fillers. It’s a blend that has evolved over time, having started with a Mexican San Andrés wrapper before moving to the Nicaraguan leaf in 2017. The blend is said to be inspired by Old Forrester’s Birthday Bourbon, a limited edition, 12-year-old, vintage dated expression that comes out on Sept. 2, the birthday of company founder George Garvin Brown.

Both cigars are set to arrive this month, per social media posts by the company.