The company has a number of lines that make annual returns in limited productions, with varying amounts of information disclosed about each release. One such cigar is the Super Shot, a line that debuted in 2012 and which draws its inspiration from clay target shooting, something company president Andre Farkas had recently taken up at the time.

In search of a short cigar to enjoy between rounds and not finding something to his liking, Farkas commissioned one for his brand, packaging it in cardboard boxes that are reminiscent of shotgun shells.

To date, there have been a total of 14 releases in the line, as it has been offered in two sizes, the Viaje Super Shot 10 Gauge (3 1/2 x 54) and 12 Gauge (3 1/4 x 52), as well as in a pair of blends at times; one using a corojo wrapper, the other a criollo wrapper, both from Nicaragua as is all the tobacco in the blend. This year’s version returns the criollo version, with the pricing and all other specifics carrying over from last year, according to a company representative. 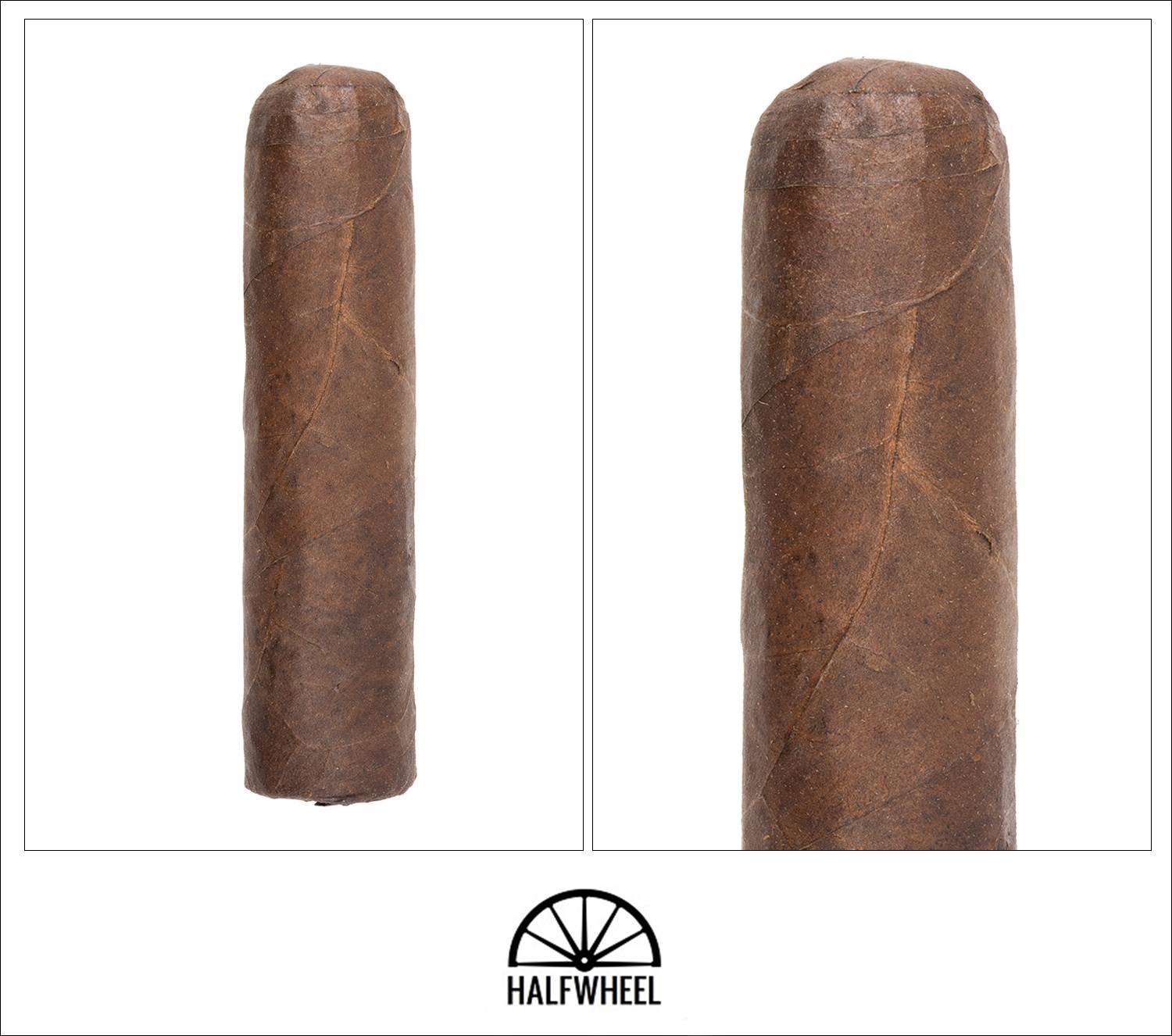 For as much as I love the design of the Viaje Super Shots boxes, I’m disappointed that the cigars themselves are offered sans bands. Still, I really like its shape, from the covered foot to the curve of the shoulder, and the oily, dark brown wrapper makes it that much more appealing. There aren’t many prominent veins or tooth, but the cigar still has a texture somewhere between medium grit and oily velvet. Each of the three I smoke is firm to the point of being rock hard in some samples, though each one is rolled cleanly and capped well. The covered foot offers a complex aroma of chocolate, coffee and a bit of barn wood. The cold draw is a bit firm, though I feel like there’s some obstruction caused by the covered foot. The flavor is a bit lighter and less sweet, reminding me of Raisinettes at points, though there are coffee beans on the finish that redirect things.

The covered foot does its job and delivers a medium-full flavor blast to start the cigar, hitting the tongue with damp tree bark and cold espresso, making for an interesting mix of sweetness, acidity, and organic matter. There’s between a bit and a bunch of pepper to be found but I get even more in the nose and eyes than on the palate, save for a fleeting bit on the exhale. The smoke loses some of its thickness not log into the first third as well as its bolder, brasher flavors, though it’s for the better as it has found smoothness and some complexity, at least for a few puffs. A return of the thick tree bark note to the smoke at the half-inch mark disrupts that balance by quickly usurping the profile, while a bit of heavily grilled steak and coffee grounds follow in tow. It’s a very slow burning cigar, and the first cigar feels a bit labored at times, while the second isn’t quite as bad but develops some combustion issues after the first clump of ash breaks off. There’s not much pepper until the transition to the second third, which is also where the burn line begins to get a bit wavy. 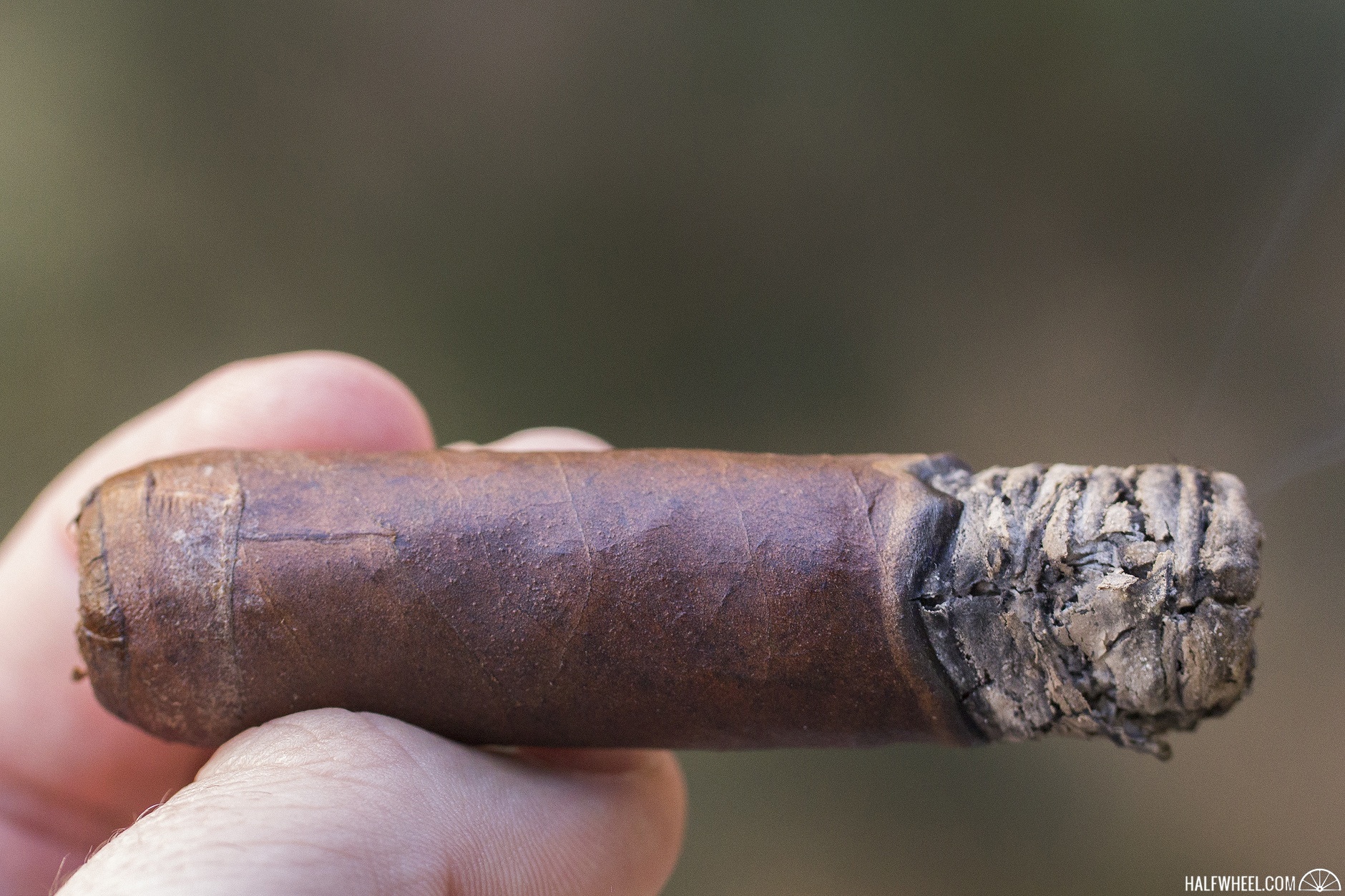 I’m forced to knock off the first clump of ash near the transition to the second third, and as mentioned above, doing so opens up the draw a bit and helps it feel less labored. Pepper enters the equation with some force, accenting before steering the flavor, though it’s not equally as pronounced in all three samples. There’s also some surprising floral sweetness that comes out in the aroma, it’s so light in contrast to the flavor that I’d expect to find it in the aromatherapy section of a health foods store. By the final puffs of this section the smoke gets a bit more dry pepper, and while it’s not quite harsh, it has altered the profile so as to be a bit rougher on the palate. The combustion slows to a crawl and then goes out, which forces a relight I wish I didn’t have to make, a fact that is compounded by the fact that the cigar is at the point—in terms of how much is left—I’d otherwise just put it down. It’s to the point where I’m thinking I should drybox at least one sample to try and dry it out and help the combustion a bit. The flavor is getting some of its thicker lushness back, though the brightness has become muted save for the underlying tree bark and pepper. The smoke has thickened up a bit and when burning properly, the cigar still puts out a good amount with each puff. In two of the samples, the Super Shot 12 closes with a bit of harshness that brings this fairly short cigar to a less than ideal close, though the third one is better but has struggled with a firm draw. The Viaje Super Shot line has become one of my favorites from the company, both for the blend's complexity and its petit vitola, making it a size I can get through on drives between ballparks. Yet the first sample of the 2018 batch had me wondering if something had gone horribly amiss in the production process as it struggled to get its best flavors to the forefront, let alone do so cleanly. The subsequent samples performed better, but also showed inconsistent air flow, and I'm left to imagine how good the final sample could have been had the draw been less labored. This is still one of Viaje's better releases, I just wonder if the 2018 edition will be capable of showing it.