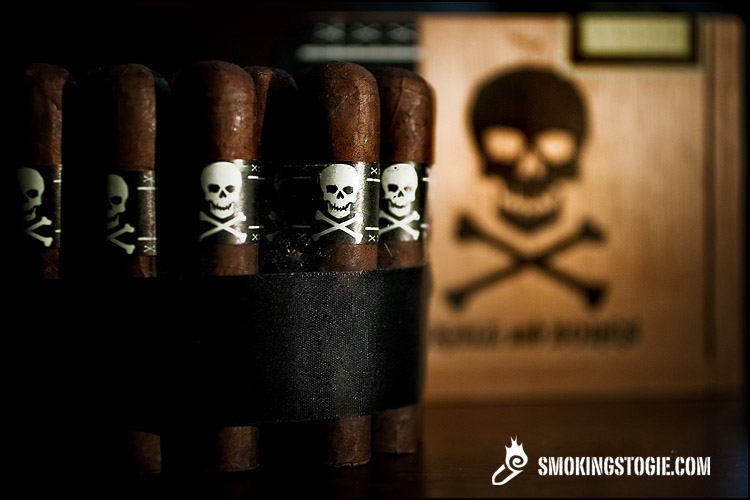 One of Viaje’s most iconic cigars will be returning to stores this week.

The Daisy Cutter was released in May 2010, the first of more than 50 different Skull and Bones releases over the years. The original cigar was a 4 x 54 petite robusto with a sun grown criollo wrapper. It would set the theme for much of the Skull and Bones series that followed: a strong cigar named after a bomb in a short but thick size.

While this is the first time the Daisy Cutter proper is returning, Viaje released the Daisy Cutter Edición Limitada in 2017. That cigar kept the 4 x 54 shape but used a Mexican San Andrés wrapper.

This version will feature holographic ink that the company says has “never (been) used before.”

An email sent to a Viaje seeking more information about the cigars was not returned.

This will be the fourth release for Skull and Bones Red WMD, a 3 3/4 x 54 petit robusto. The line was previously described as a Nicaraguan puro with a criollo wrapper.

Viaje’s Summerfest will also be back.

The company’s Instagram post indicated that this year’s version is being rolled at the Tabacos Valle de Jalapa S.A. factory in Estelí, Nicaragua and will be offered in boxes of 30.

In a reply on Instagram, the company said the Daisy Cutter would begin shipping on June 15. Given Viaje’s typical approach to things, that means consumers should expect all three cigars to begin shipping today.