In July, Viaje’s Andre Farkas told us that the Viaje Holiday Blend and its Candy Cane companion would be back for 2014. Last week he showed off a picture of the new Holiday Blend, earlier this week boxes of Candy Cane were pictured and today retailers began receiving invoices. 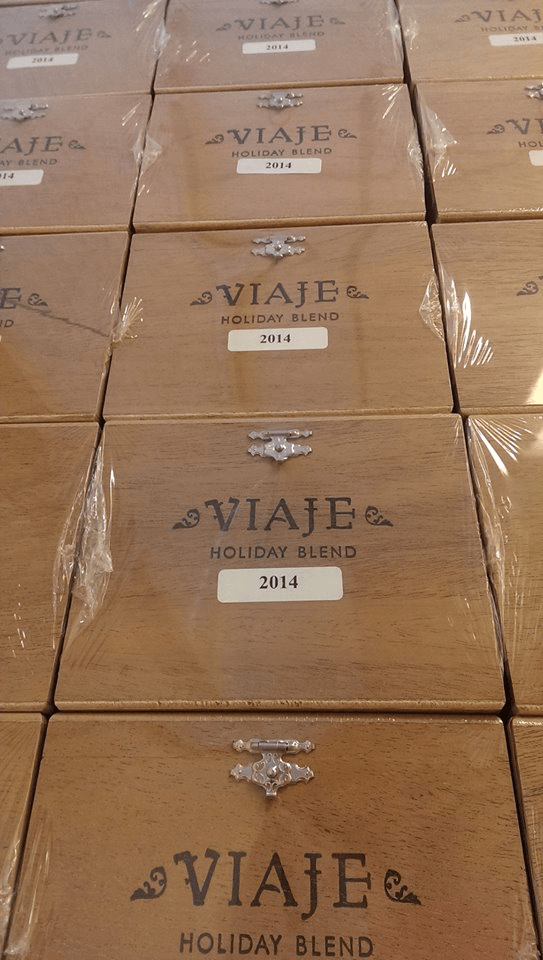 Holiday Blend has arguably been Viaje’s most diverse series since it debuted in 2009, this year is now difference. The Holiday Blend 2014 Robusto measures 4 1/2 x 56, slightly longer and thinner than last year’s Holiday Blend Christmas Tree. It will come in boxes of 30 priced at $284 per box, or $9.47 per cigar. Viaje has stated that both blends are the same as previous years, Nicaraguan puros, and are rolled at Raíces Cubanas in Honduras. The company did not return an email regarding how many boxes were produced.