Today we will be taking a look at a Limited annual release from Viaje, the Satori Karma 2011!

In 2010 Andre Farkas and his brand Viaje showed up at the IPCPR trade show in New Orleans with a limited cigar called Satori, which is a Japanese word that means “sudden spiritual enlightenment. It was a jet black looking cigar available in three sizes, Karma (5 x 52 Robusto), Nirvana (6 x 50 Toro), and Zen (6 3/4 x 52 Box-Pressed Double Torpedo). These cigars were made for IPCPR only, specifically for retailers who attend the show. Andre Farkas has said he wanted to do something special for the loyal retailers who showed up at IPCPR. Only 150 Boxes of 25 of each size were available (11,250 cigars total) and once they were gone they were gone, however this is in fact an annual release so every year during IPCPR these will be available in similar numbers. This brings us to our review for today.

Holding true to their promise, the Viaje Satori was once again released this year at the 2011 IPCPR in Las Vegas with a definite change. The wrapper appeared to be much lighter than last years release. We were all a bit in the dark last year when Andre released the Satori with a super special Oscuro wrapper. It was brought up many times over to say the least. Many wondered, given the dark as night wrapper, if it was dyed. The suspicions mounted when many smokers experienced the wrappers leaving their hands stained brown. Viaje will tell you that the wrappers were indeed not dyed and I believe them. While the evidence may look suspicious it has been brought to our attention many times that due to a natural process in fermentation, wrappers can produce extremely dark colors and even run off on your hand creating a stained mess. Despite the cause, the effect was the same and no one likes brown stains on their hand. Viaje solved this by using a different wrapper (Mexican San Andrés) and lower priming which (in my opinion) looks much better! 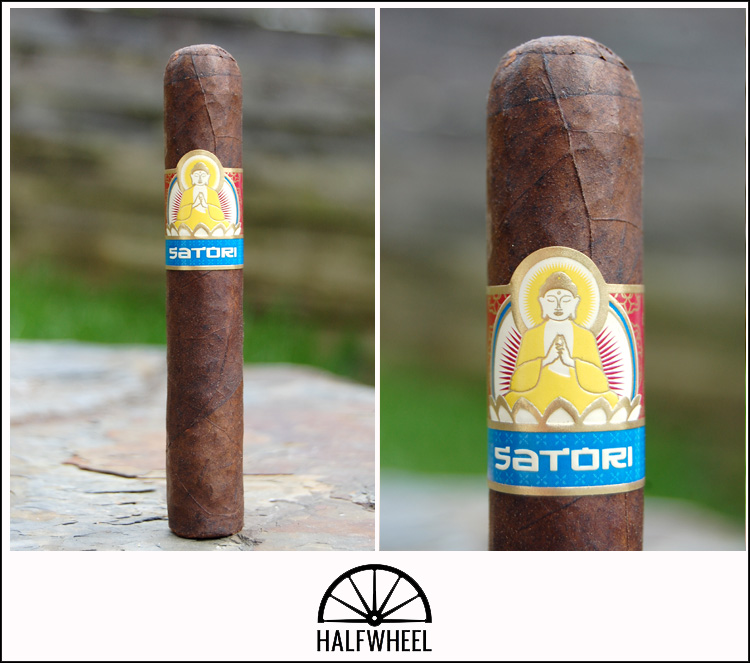 The Viaje Satori shows a much lighter wrapper than last year’s. It’s at least one or two shades lighter with a dark chocolate wrapper as opposed to the jet black wrapper from last year. There are minimal veins, no soft spots and it has a tight seamless wrap and a perfect triple cap. It smells of cedar, earth and a sweet fruitiness. The pre-light draw shows a lot of wood, leather and earth with a slight hint of pepper.

Starting off in the First Third the Satori Karma shows a lot of wood, coffee and leather. There is a real nice spice and pepper kick on the finish. It’s already on the upper end of medium body as the cigar produces a ton of smoke and has a real easy draw. As the first third progresses the spice and pepper intensifies and I start to get some dark chocolate notes as well which, at times, border on bitter. 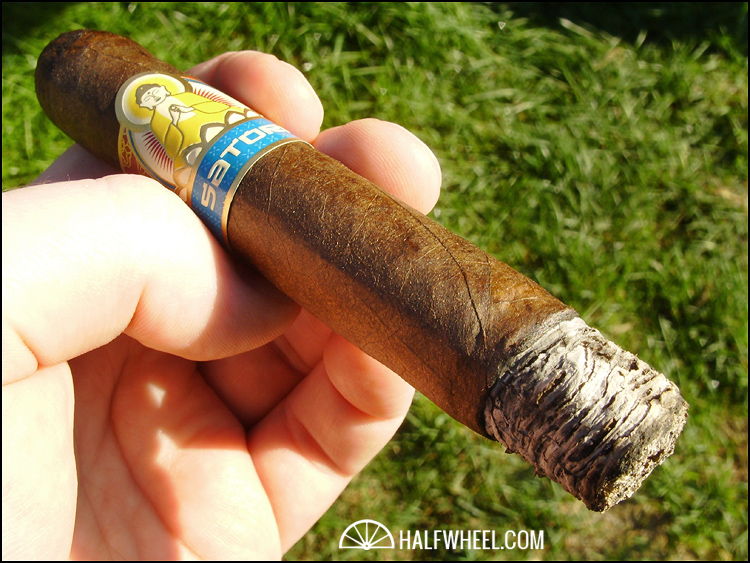 Coming into the Second Third the cigar switches up nicely with a sweeter, softer tone with a lot of sugar cane like notes as well as mellow earth, a touch floral, a nice balance of wood, coffee, pepper and spice. All the flavors mesh very well together and create a nice bouquet of rich flavor and balance. The construction is near perfect. 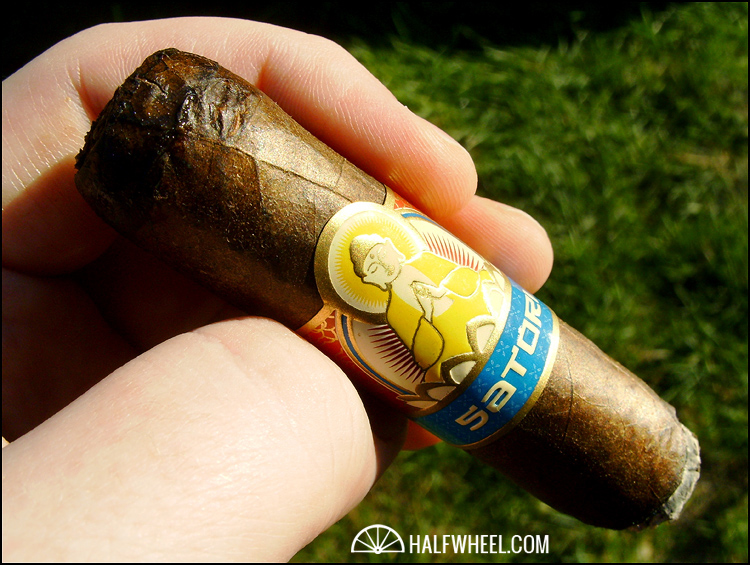 Finishing up in the Final Third the cigar doesn’t change up anymore, it’s pretty much the same as the last third with a touch of that bitterness from the first third creeping in. While it doesn’t progress into anything more exciting, the flavors that are present are decent and enjoyable. 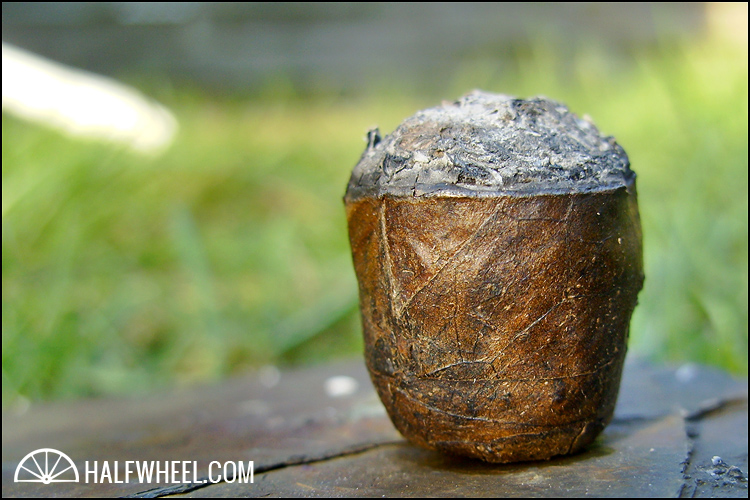 The Bottom Line: As I stated in the final notes this was definitely a step up from last years release, however it still didn’t knock my socks off. It’s a good cigar no doubt, but when I smoke it I still can’t help but think there is something missing, there is a slight muted character to it similar to last year’s release (although in smaller quantities) where you are left wanting a little bit more. The second third is the star of the show but the first and last third show a bit of bitterness and an overall flat profile. It’s still a good cigar and certainly worth a try if you come across any.