Viaje’s now traditional October releases are on their way to retailers. 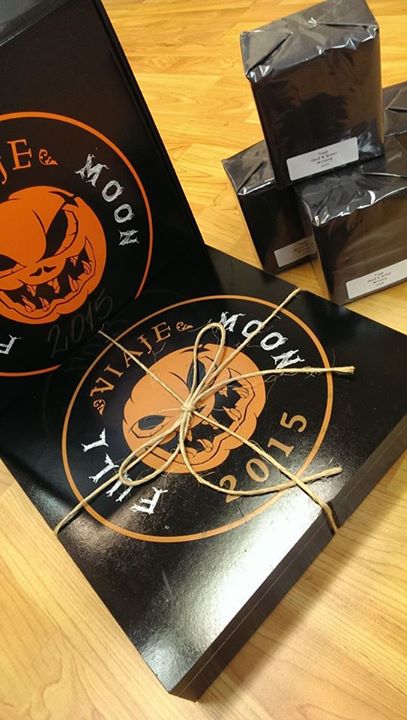 The company began shipping Full Moon 2015 and Skull and Bones M?stery 2015 this week. This is the third year for Full Moon and it’s once again a 5 x 58 Nicaraguan puro with tobaccos from AGANORSA. Pricing is once again set at $11.42 per cigar or $274 per bundler of 24.

That being said, there is another special edition Full Moon cigar shipping to a few retailers. As we reported last week, Viaje founder Andre Farkas showed off a Full Moon cigar with an Edición Limitada band and this week a black-on-black box, something different from the image posted on Viaje’s Facebook page. The second image was captioned with “FULL MOON EL. 5 retailers chosen. Happy hunting!”

“Andre rolled a few (Full Moons) using San Andres for himself last year,” said a company spokesperson. “He’s constantly experimenting. He loved the blend so he released a few to 5 undisclosed retailers this year.”

As for Skull and Bones, it’s a 4 1/2 x 58 size priced at $10.16 per cigar or $254 per box of 25. In recent years, the company has declined to provide many details, although a message sent to retailers and posted on Facebook indicated both Full Moon and Skull and Bones M?stery were being made at Raíces Cubanas in Honduras.

A spokesperson for the company told halfwheel that both Full Moon 2015 and Skull and Bones M?stery are limited to 300 boxes.

In addition, the company is formally shipping Collaboration 2015. A company spokesperson previously told halfwheel two retailers were shipped the cigar a few weeks ago, one of which offered the cigar for sale for a period of time before removing it from its website. The cigar is now on its way to Viaje accounts nationwide.