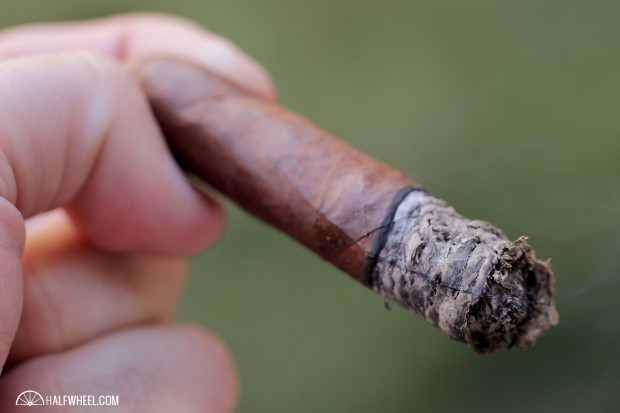 Continuing its release of limited cigars, in mid-March Viaje announced the release of a single-store vitola in its Platino line, a small figurado called El Gallito made for the Cigars International Super-Store in Bethlehem, Penn.

While Cigars International is best known for being a major online and catalog retailer, they also maintain three retail stores: two in Bethlehem and one in Hamburg. The retailer was surprisingly quiet about the cigar’s release, at least through its social media channels, as it has yet to appear on their Facebook page or Twitter feed. The Viaje Platino El Gallito is being limited to in-store and phone sales only, not appearing on their website at all. For that matter, the store doesn’t list any Viaje products on their site.

In prior years, the company would allow two retailers to receive a special size in Oro and Platino.

As you can see, things went awry in late 2011 and 2012. This coincides with Viaje’s decision to reclassify the Oro and Platino lines as once-a-year-releases. While the lines had previously been described as the company’s core lines, it wasn’t a drastic change as Oro and Platino were really only sold twice a year and as such not regularly available throughout the year for retail accounts.

It could be argued that both of those lines have somewhat faded into the background of Viaje’s portfolio, overshadowed by the season releases that the company puts out.

Last year, there were no single store releases in either line and it’s unclear whether the company will release a corresponding Oro single store cigar this year. 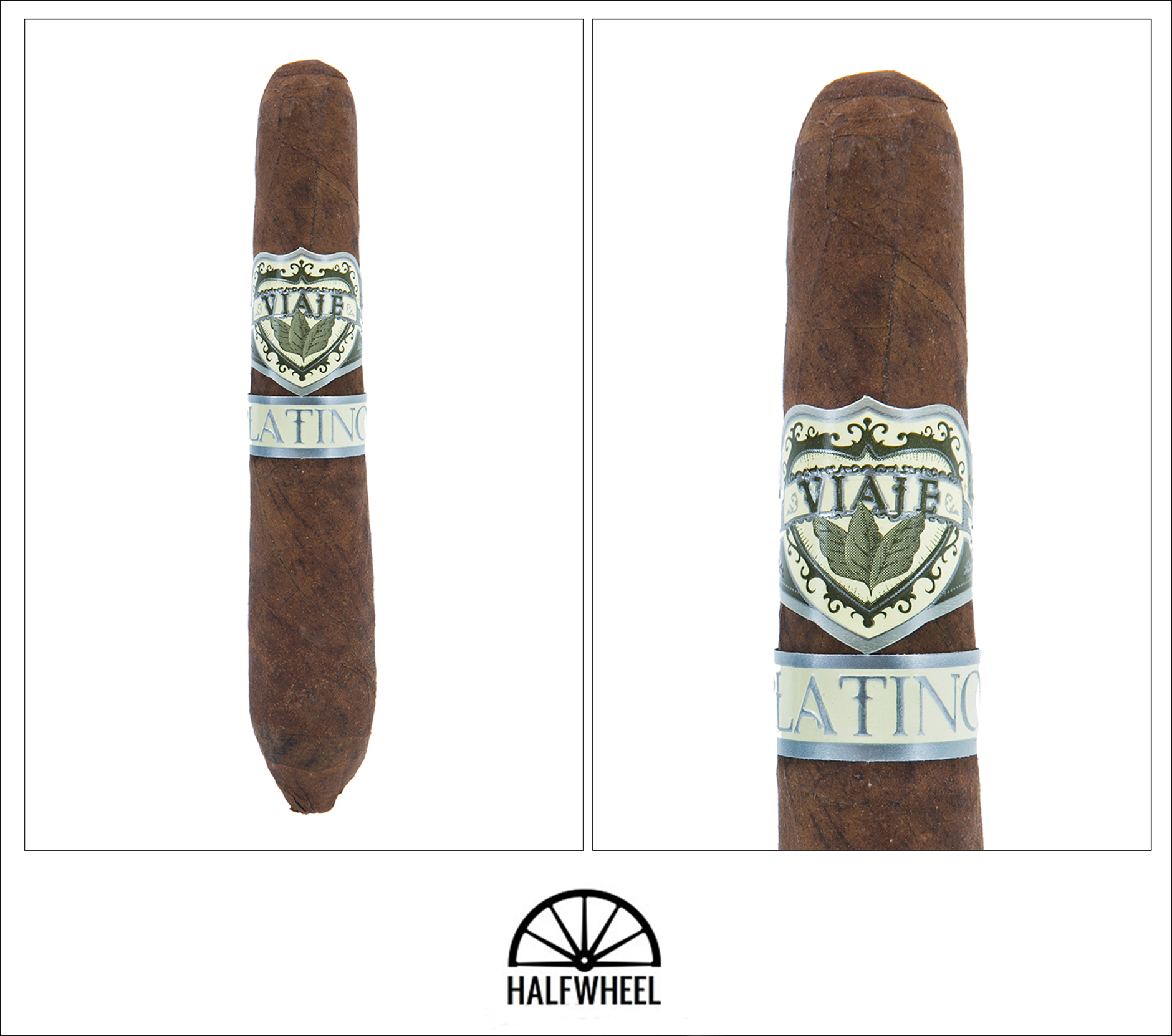 As a fan of figurados I’m quickly drawn to the shape of the Viaje Platino El Gallito, though the wrapper has a fairly dry, rustic brown shade that isn’t inherently eye-catching. The seams are generally clean and hidden save for one cigar, fairly average in terms of vein structure though they seem a bit flatter than the norm. The wrapper has a smooth, almost velvet-like texture to it, while each cigar has a bit of give to it without falling into the category of being underfilled. Subtle notes of dry earth and just the faintest amount of sweetness were all that was found on the pre-light aroma, as the small foot doesn’t provide much surface area to sample. There was variance in the cold draw, ranging from being easy even with a small clip of the cap and the narrow foot, to just slightly too firm for my preference, with minimal flavors coming through on each one: a touch of sweetness along hints of leather and soil.

It’s a fairly mild opening with light chalkiness sitting on top of some underlying earth and white pepper notes that add just a bit of gruffness to the smoke. As is to be expected, the draw really opens as soon as the burn line moves past the nipple foot, which can come as quite a relief if you are worried about the cigar being tight based on the cold draw and first few puffs. Retrohales in the opening section are fairly easy with just the slightest tingle of pepper, until the first clump of ash falls off, clearing the way for a more pronounced pepper and soil components to take a big step forward. It’s about 25 minutes and three-quarters of an inch before things start to progress and some more pronounced flavors come out and take control of the experience. One of the cigars reviewed offered a touch of fruit sweetness in the transition to the second third, a very enjoyable note that was all too sparsely found in the other samples. There are some subtle increases in flavor with each puff, with emphasis on the word subtle. The intensity of the aroma picks up in the second third, with more pronounced notes of table pepper leading the way in the nose before the palate gets in on the action. The burn line has remained sharp and straight through the first half with no combustion problems and an easy draw that creates plentiful amounts of smoke. The flavor profiles remains on the dry side with notes of chalk, pepper, earth and some leather working in good unison. Retrohales prove to be a bit fuller with more of the pepper standing out but are still very manageable. 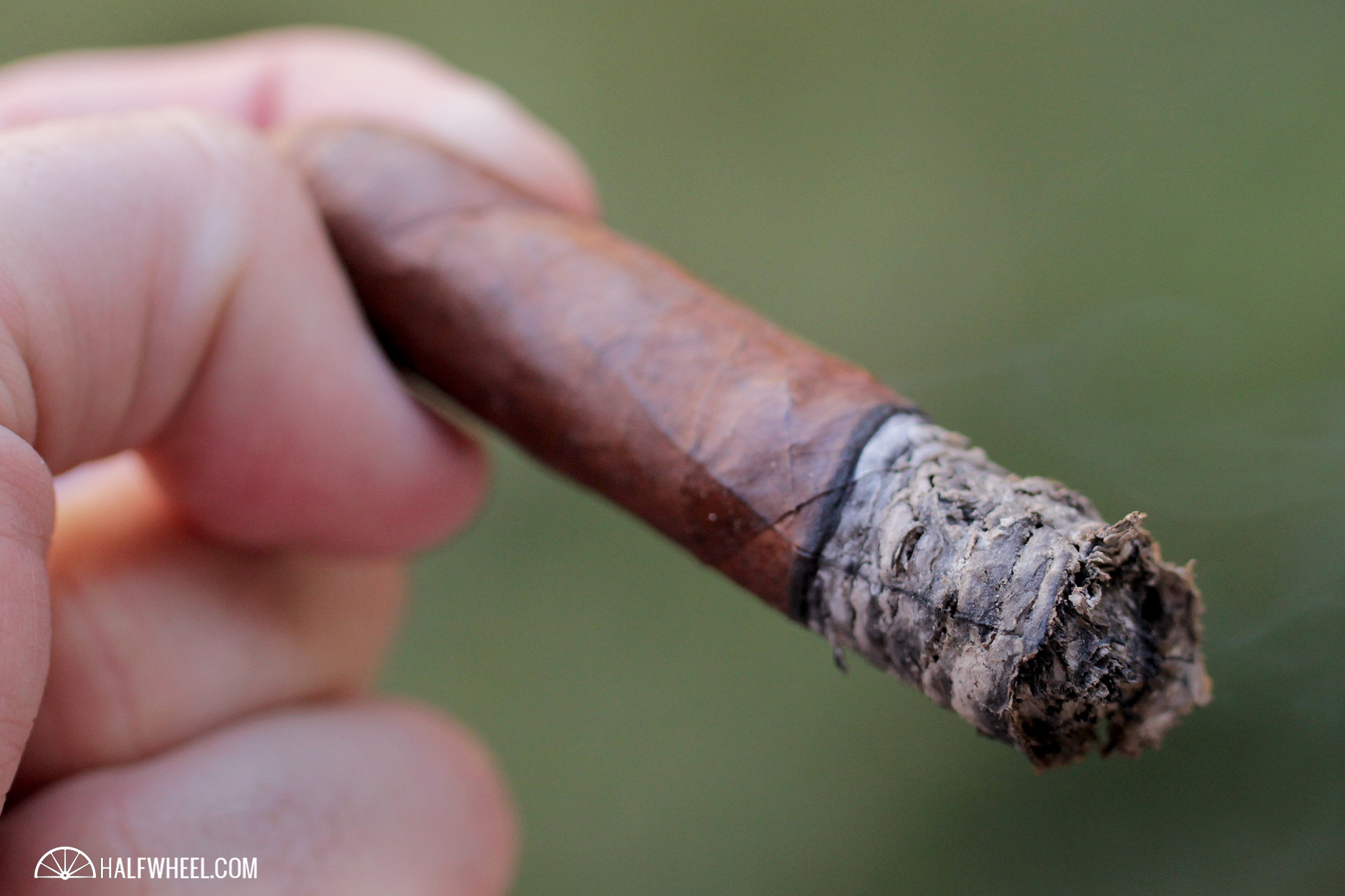 The aroma picks up a thick, tangy sweetness in the final third, the first such note to come out in a blend that has been noted for having some touches of it in previous reviews. There isn’t much other in the way of flavor progressions to be found, with the intensity of the flavors staying fairly linear save for when the heat adds just a touch of harshness in the closing puffs. A final retrohale is the strongest yet but also adds in the sweetness to create a challenging but very enjoyable aroma. 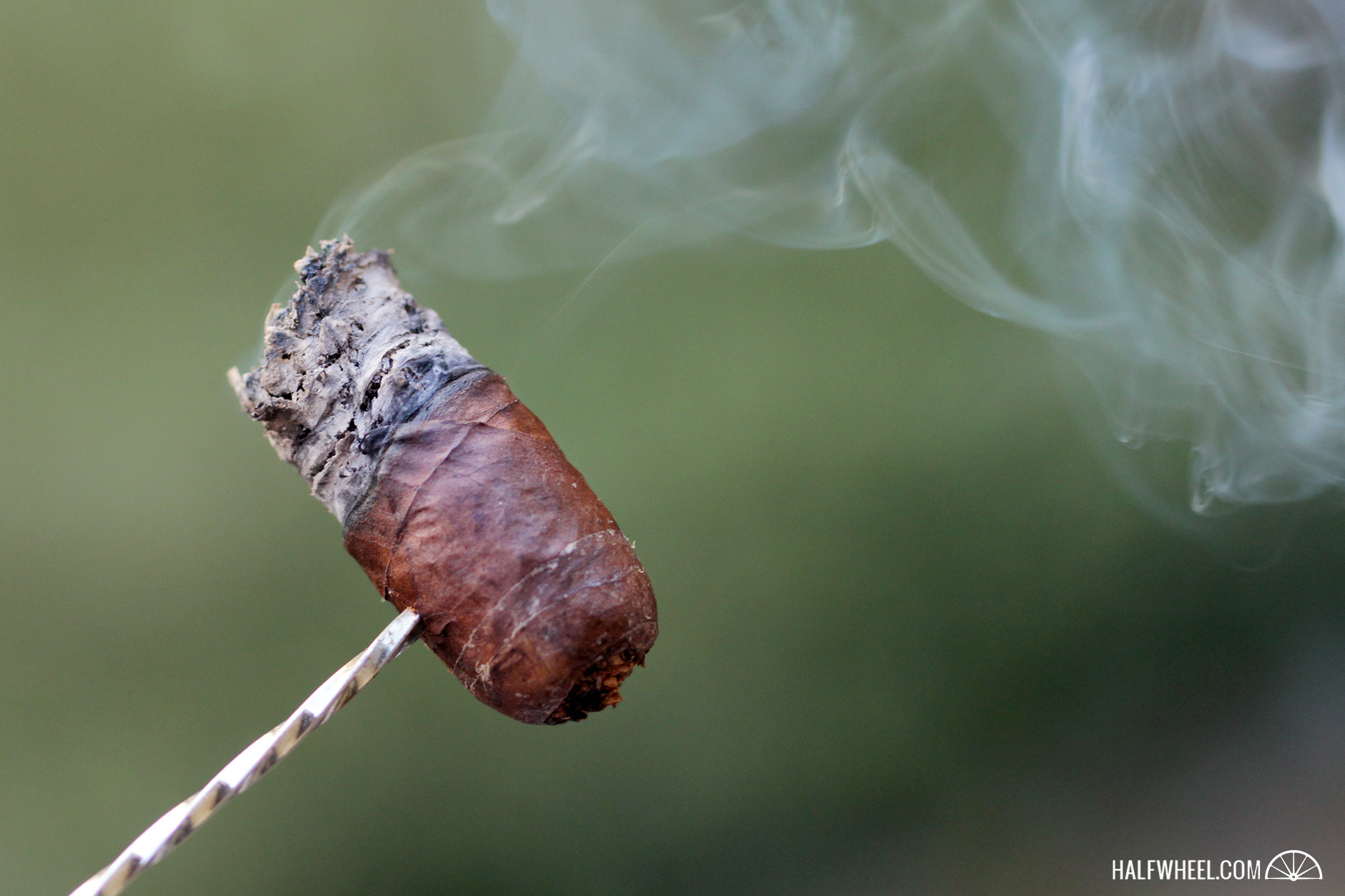 The Viaje Platino—and Oro, for that matter—are not blends that are in my regular rotation, though more because of the nature of what being part of halfwheel entails and not for lacking merit. The El Gallito was a very pleasant reintroduction to the line, with some solid notes of earth and pepper that played very well on the senses if lacking at times for transition and depth. The format of the cigar is also a winner, as its short length and medium ring gauge provide just enough room for the blend to breath a bit while not overpowering the palate. Given its size, the very mild and nondescript start was a bit of a letdown, though the remaining two-thirds of the cigar did an admirable job making up for it. A solid release that has me rethinking the Viaje Platino line.