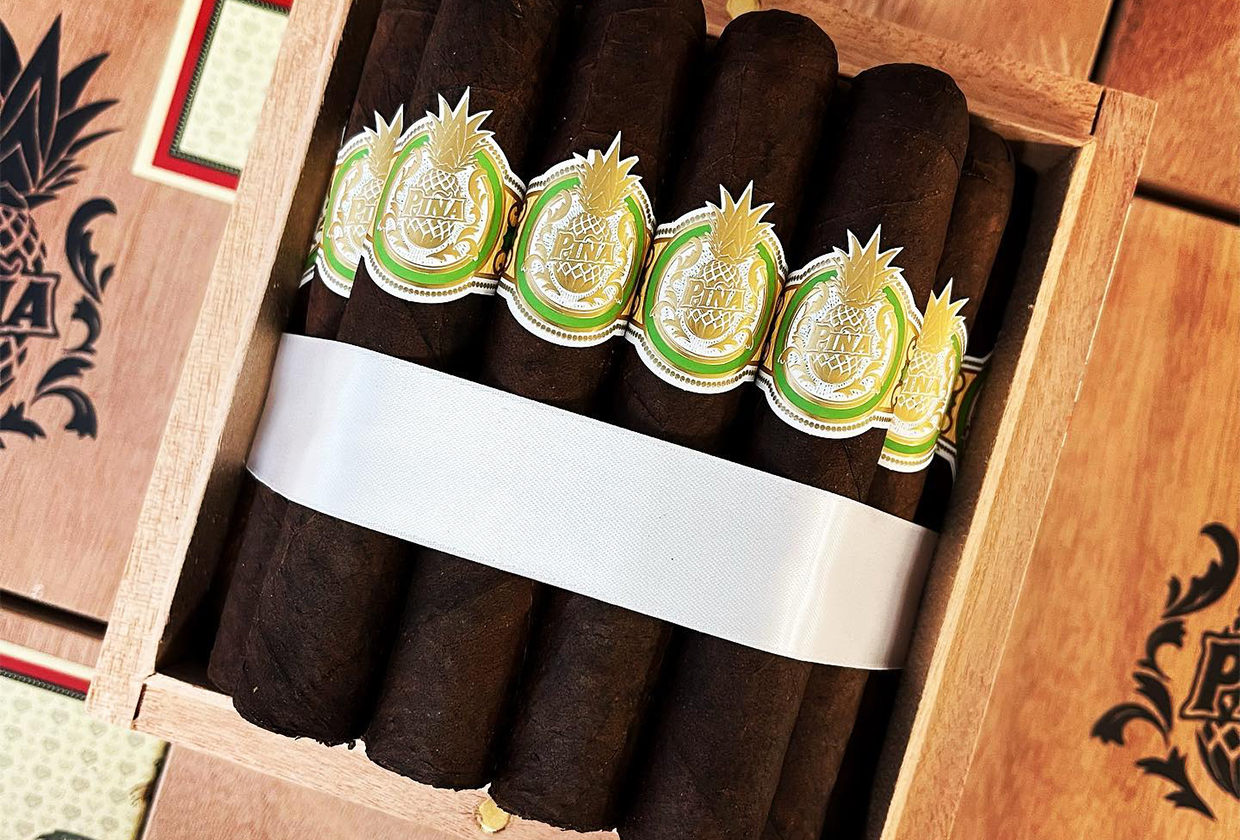 The Viaje Piña, which has been off the market since 2017, is slated to make its return this month.

The line’s blend uses a Mexican San Andrés wrapper, Ecuadorian binder and Nicaraguan filler, the same as the original release, and it is once again made by Tabacalera La Alianza in the Dominican Republic. It is being offered in the same two vitolas as before:

The line returns wearing new bands that feature a pineapple on them, as opposed to the plain white bands used for the original release, as it had been part of the company’s White Label Project. The release is limited to 350 boxes of each size, with shipping scheduled to begin on Sept. 19.

Viaje made the announcement about the Piña via CigarAficionado.com. A representative from the company has not yet replied to an e-mail seeking to verify the accuracy of that report.

Update (Sept. 13, 2022) — A representative of the company confirmed that the details in the report were accurate. The company also posted images of the cigars to its social media accounts, which have been added to the story.