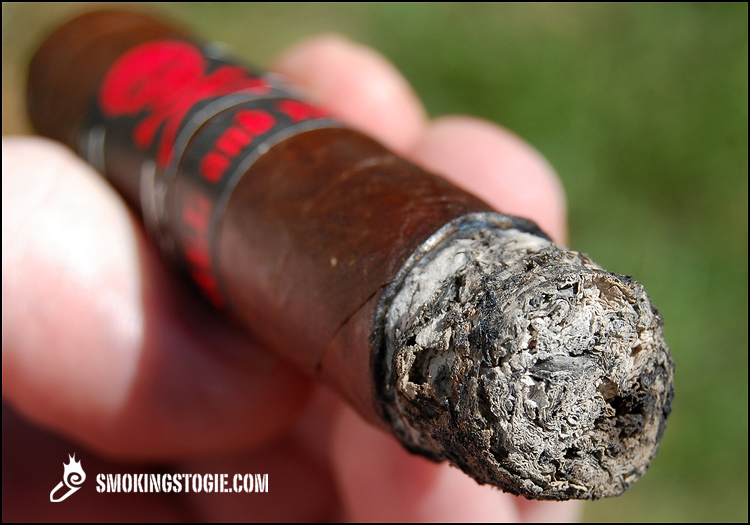 This past spring we saw the first Skull and Bones Red releases and like the original Skull and Bones Daisy Cutter we saw a continuation of the bomb titled theme, with the MOAB, historically is the bomb that replaced the Daisy Cutter in 2008, and the WMD, which is simply any weapon that can kill and bring significant harm to a large number of humans and other life forms.

This bring us to Viaje’s most recent Skull and Bones releases, the Little Boy and the Fat Man, which are takes on two very historical bombs. One being the Little Boy, which was the codename of the atomic bomb dropped by the United States on Hiroshima on August 6, 1945. The Fat Man is the codename for the atomic bomb that was detonated over Nagasaki, Japan, by the United States on August 9, 1945. 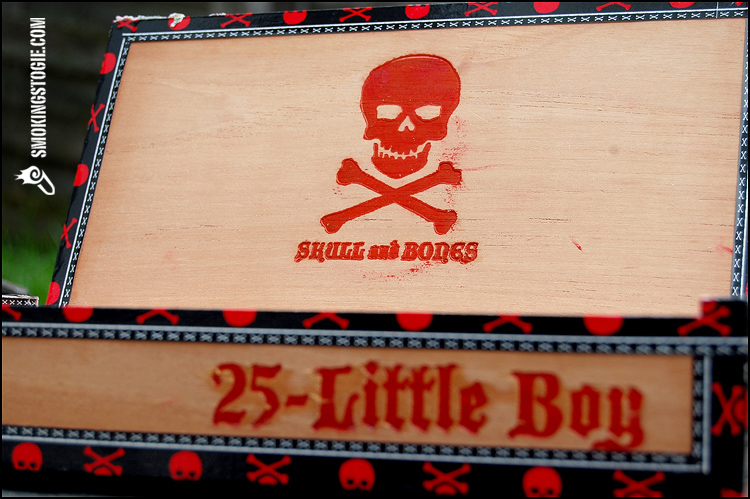 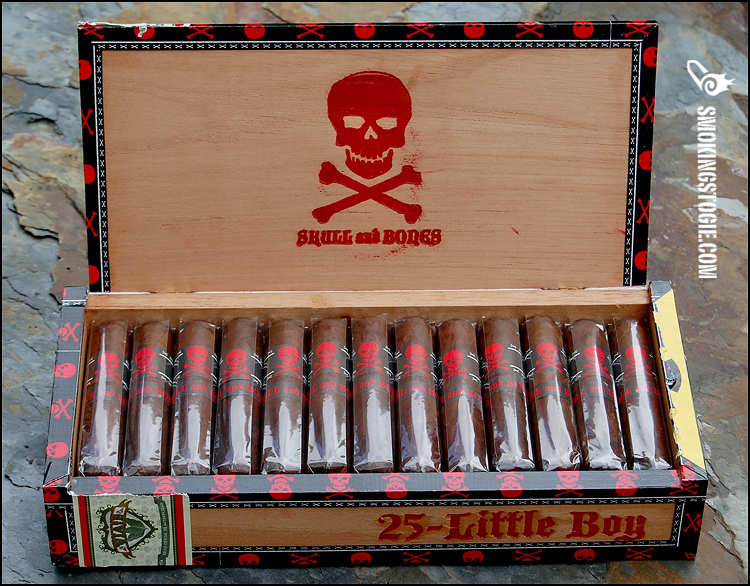 The Little Boy and The Fat Man both look almost identical except for the fact that the Little Boy is a touch smaller coming in at 4 1/4 x 52 and Fat Man is 4 1/4 x 56. Both cigars will be released every year at the IPCPR trade show according to Viaje, however this first year is the only year they will both be capped on both ends, Andre Farkas has said he did this so people will be able to tell the original release apart from the rest.

We are also told that a Zombie release will follow every Skull and Bones Red release to symbolize the effect of the disaster these bombs will cause. I feel silly even writing that last part… but it’s true. That being said, there will be no Zombie release to follow Little Boy and Fat Man as this year as Viaje’s schedule is jam packed and there just isn’t room. As with the Zombie release, the Little Boy is a double-capped cigar with both ends closed, I have heard of people just clipping one end and burning the closed end to get it lit, but I have chosen to actually cut both ends, I have found this is the best way to light it properly. The cigar is dark and oily, with minimal veins and a very tight lumpy pack. It smells of dark chocolate, leather and pepper. The cold draw reveals and very meaty core with earth, spice and leather.

Starting off in the first third, the cigar hits you immediately with red pepper and spice, there is a virtual overload of spice and pepper through the nose that literally makes me have to sneeze. Underneath the assault of spices is a real earthy, sweet profile with lots of leather and espresso. The finish is long with dark chocolate, espresso and pepper.

Coming into the second third, the spices and pepper settle down a little bit (not much) and the flavors start to come out and take the forefront. The profile turns very meaty with flavors of sourdough bread, espresso, leather and a lot of dark chocolate and pepper on the finish. I am really feeling the nicotine strength at this point and it’s full bodied to the max. Finishing up in the final third the cigar continues on from the last third with no real change, just lots of meaty, dark flavors of espresso, dark chocolate, wood, leather and the pepper and spice doesn’t hold back at all. Despite how strong this cigar was and despite my preference for the original Skull and Bones I still enjoyed it. While most Viaje releases come and go without ever seeing them again this will be released every year at the IPCPR and honestly it’s probably not something I would buy a full box of but I would love to have a few around when I want something over the top in strength, I would also like to see what these taste like with a few years of age on them. While this cigar isn’t of the caliber of some of the Viajes we have smoked I still believe this cigar is testament to Viaje’s ability to be more than just a novelty company. The names and themes of these cigars may be a little crazy at times, however, I find that on average Viaje produces some of the better cigars out there and this is no different.