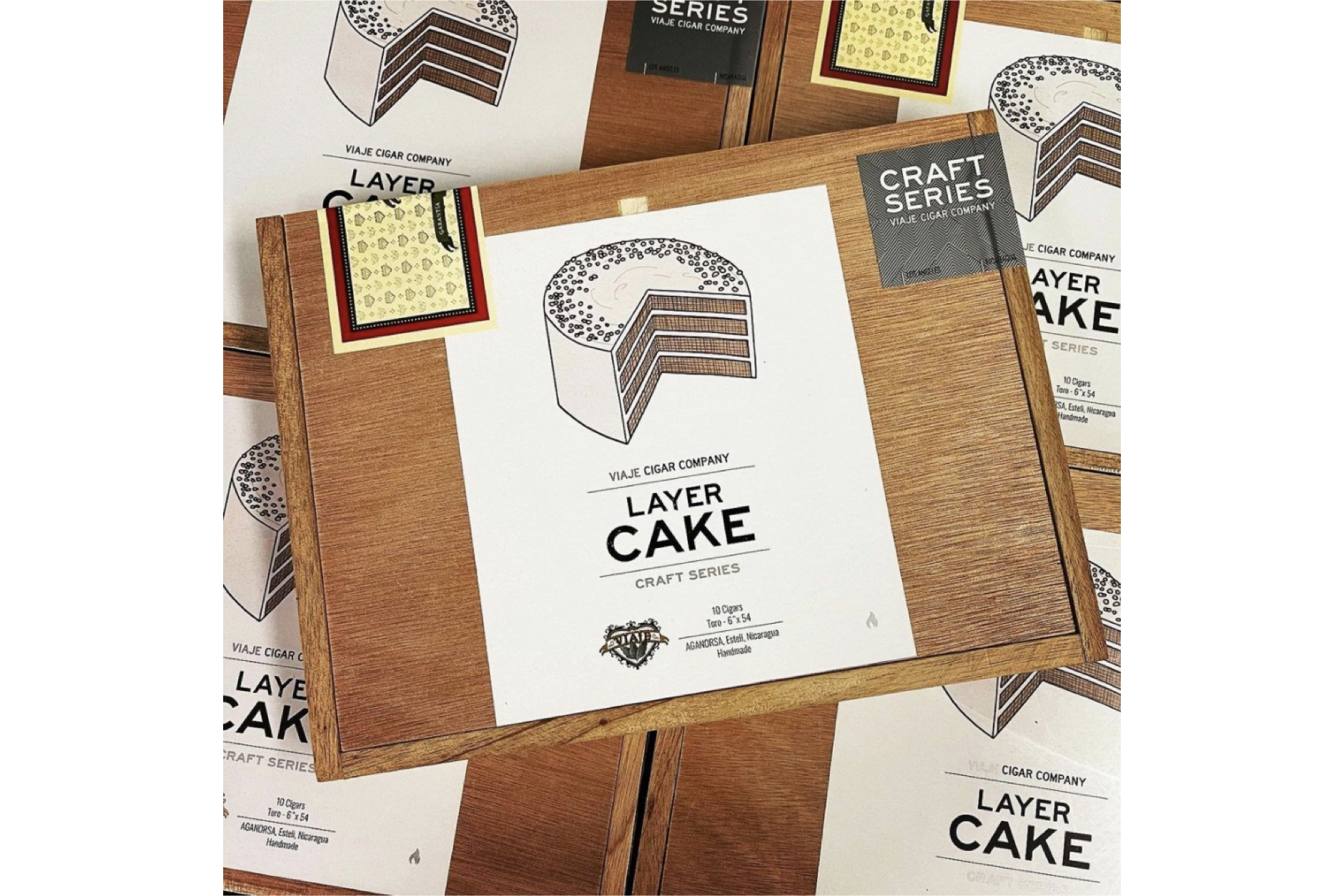 The latest in Viaje’s line of cigars inspired by craft beer has arrived at stores.

The Viaje Layer Cake is a 6 x 54 toro made entirely of Nicaraguan tobaccos, including a criollo wrapper. It was produced at the Tabacos Valle de Jalapa S.A. factory in Estelí, Nicaragua. Layer Cake has an MSRP of $11.80 per cigar and is being sold in boxes of 10.

Viaje explained the release on social media as follows:

Taking inspiration from the craft beer industry, we are thrilled to offer the latest release in what is a multi-factory, ongoing journey into tobacco. Cigars come packed in convenient 10-count boxes adorned with original artwork unique to each release. The best bales have been painstakingly sampled and blended to ensure each release showcases the very best from each factory. LAYER CAKE is a Nicaraguan puro featuring a criollo wrapper rolled at AGANORSA in Esteli, Nicaragua.

This appears to be the fourth release in the Craft Series since the original entry, Bales on Bales, was released in 2018. Viaje released For the Love of the Leaf in September 2018 and Wilshire and La Jolla in November 2019.

A Viaje spokesperson declined to comment regarding a question about how many cigars were made for this release.