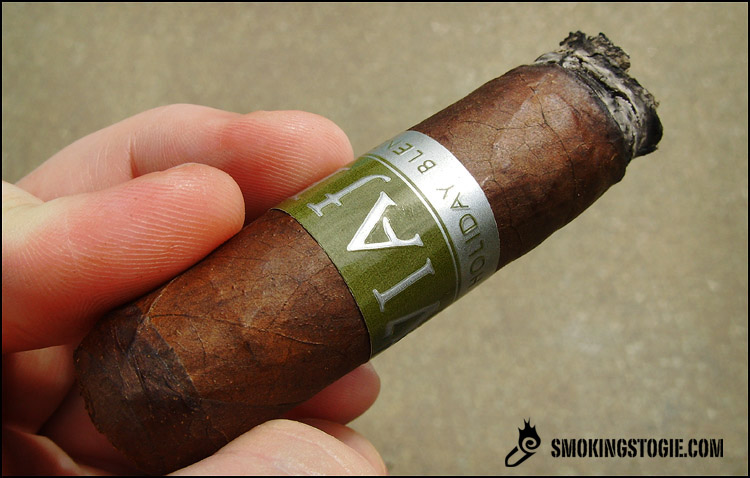 In December of 2009, Viaje introduced one of its first limited release, the Holiday Blend; a 5 x 54 full bodied Nicaraguan puro with a Criollo wrapper.

It will be an annual release, introduced every year around the winter holidays. Last year’s release (2009) was limited to 100 boxes of 30 cigars and sold out very quickly.

In recent months Viaje has come out with numerous limited releases, including the Skull and Bones, Double Edged Sword, Summerfest and the TNT, to name a few, all of which have been very well received.

The Viaje Holiday Blend is very well-constructed and has a nice deep chocolate colored wrapper with minimal veins and a gorgeous triple cap. It also has a covered foot, which adds to the overall beauty of the cigar. The stick has a very firm feel with no soft spots anywhere and is also an extremely dense cigar, one that has a great weight in your hand when holding it. The prelight aroma is a very sweet tobacco scent, with some chocolate and a light nuttiness and the cold draw has just an overall sweet tobacco taste with a touch of woodiness.

The Holiday Blend gets right into stride in the first third with a strong cedar flavor as well as a blast of spice. It’s full-bodied right away and the smoke has a very heavy and hot feel to it. Midway through the first third I start to get a nice coffee and some leather notes as well. It has a very long finish with a bit of pepper at the very end. As I come into the second third, the cedar, coffee and leather are still making up the main profile, but the cigar has turned even richer. An overall earthy flavor takes hold as well; a very heavy flavor like wet earth or damp wood, and it’s very enjoyable. The burn is fine so far and the cigar is giving off lots of smoke with each puff.

Coming into the final third, the flavors haven’t changed much from the first two. The boldness has increased and is more in your face. Towards the end, the cigar heats up a bit too much for me and I nub it just shortly after taking the band off. 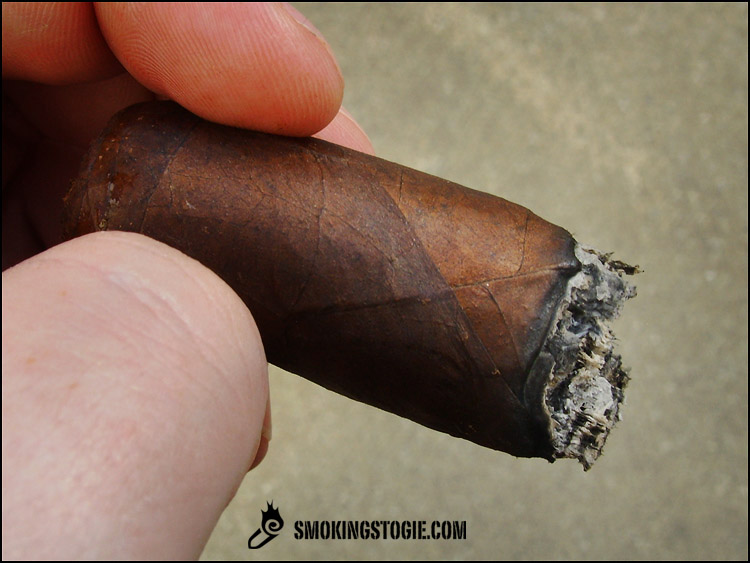 I think the Viaje Holiday Blend is an extremely good cigar. I definitely feel that, like most of the limited edition Viaje has released, it is a much better cigar than any of their regular line. It has bold flavors of cedar, coffee and leather and was nice and full-bodied. Even though it has a very large ring gauge at 54, it doesn’t feel overly massive in your hand and isn’t quite as much of a jawbreaker as you might think. Along with the great flavors, it also had wonderful construction, and if I come across more of these I will be buying them, for sure, I also feel it will age beautifully down the road.