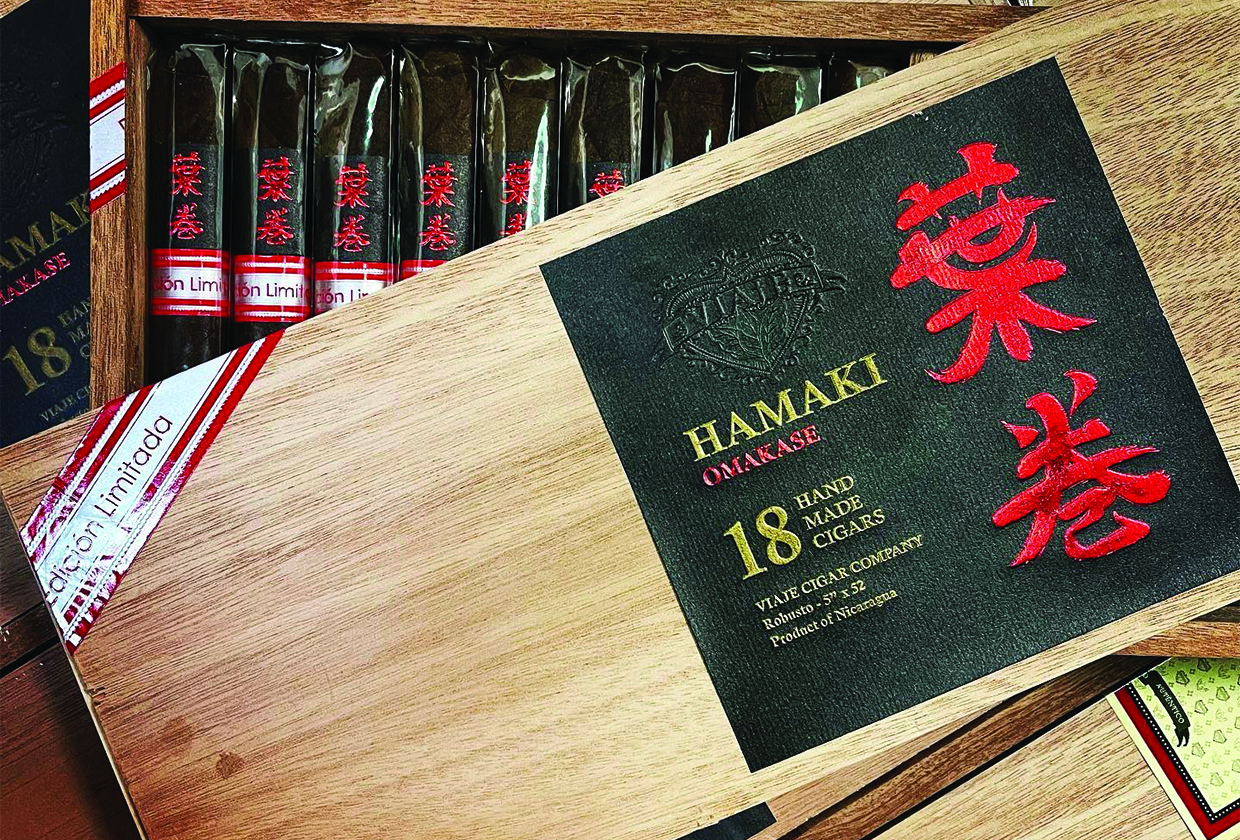 Viaje has announced that its Hamaki Omakase will be returning to retailers in July.

The Viaje Hamaki Omakase debuted in 2017 as part of the company’s White Label Project, and gets its name from the Japanese word for cigar, hamaki, and the term omakase, which is best known as being a dining term that translates as I will leave it to you. Diners use the term when ordering to allow the chef to choose their meal for them. Viaje is adapting this practice to cigars, saying that “as the name suggests, you’re just going to have to trust us.”

In social media posts, the company acknowledged that there has been some “tinkering” which resulted in “this box pressed version to be a tasty twist on the original.” That first release, as well as the second release in 2019, were both 6 x 52 toros, making this the first time the Viaje Hamaki Omakase will be released in the 5 x 52 box pressed robusto vitola. AGANORSA Leaf is once again producing the cigar for Viaje.

This would seemingly indicate why this year’s release wears an Edición Limitada blend, as the company has used it to note when a cigar is using a modified blend, a different wrapper, or has a notably smaller production.

The company has not yet indicated a specific shipping date for the cigar or how many are being released.