There has been a growing trend in recent years for the makers of cigars to release the blends that they themselves smoke.

The Viaje Exclusivo blend is said to be Andre Farkas’s personal blend. Over the past two years, there have actually been quite a few different releases in this particular blend, albeit all very limited.

There are more vitolas to be released this year and there are always rumors of even more, of course. There are five Exclusivo blend on the Market at this moment, and two that have not yet been released. So why release an Anniversary cigar early? Well, when Mark Just at Tower Cigars asked Andre Farkas to roll him a special cigar for the release in October of 2010, he assumed the entire process would take a little while and wanted to ensure it would be ready for the next year. What he did not know is that Farkas was already looking for just such a project and had already thought up a few things.

As a result, it took quite bit less time then normal for the cigars to be finished, since the initial legwork was already in process. Just did not want them to sit for another entire year, these cigars have already been rolled and sitting in boxes for seven months now, so he decided to release it a year early.

Just plans on releasing a cigar every year on the store’s anniversary, but they may or may not be the same vitola and blend. There are 100 total boxes of 20 being released. 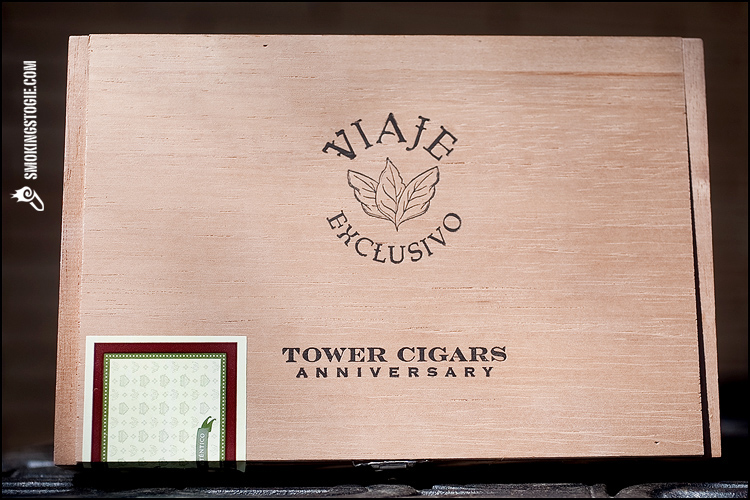 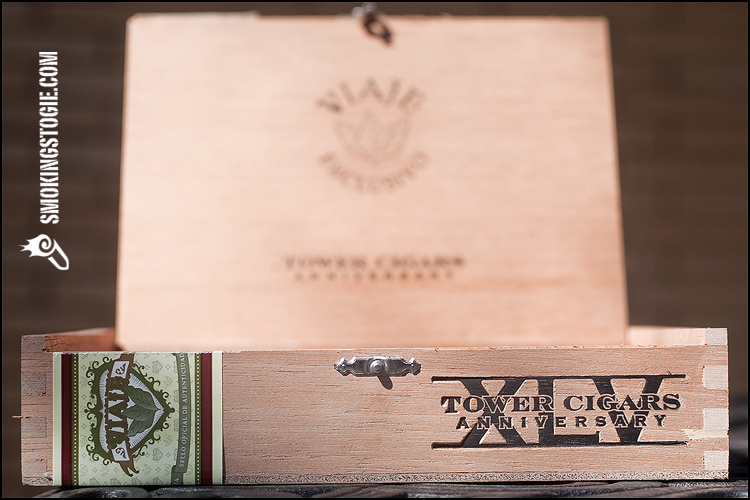 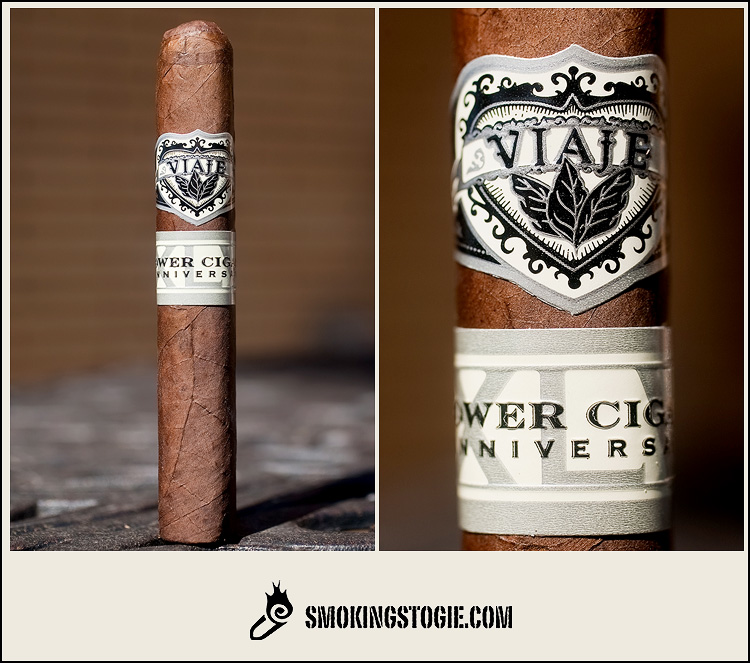 The cigar itself is a wonderful specimen with a very smooth medium brown wrapper, despite the veins that are present. It has an extreme-box press and the wrapper smells like a combination of cedar, spice and espresso. It is very hard when squeezed, almost rock hard, has almost no give at all.

The first third starts out with the ideal amount of pepper and spice on the lips. Flavors include a musky cedar, leather, cinnamon and espresso. The spice tapers off after about 15 puffs and the strength starts to build. The second third shifts profiles totally, with a creamier woody notes taking over as the dominant flavor, and a sweet background note. There are also flavors of milk chocolate and a bit of leather. It is also is still getting stronger, and it is an interesting combination of overt sweetness and strength by the end of the third.

The final third sees the spice make a comeback in waves, as the sweetness from the second third disappears entirely. Still a very woodsy profile, but more of a spicy wood, with some leather and dark chocolate. It is also very strong at this point, not so strong I had to stop smoking, but definitely noticeable.