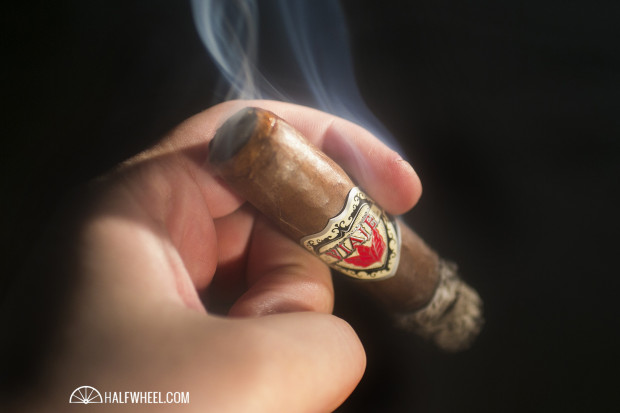 Late last year, in a somewhat unusual manner, various pieces of information regarding the Viaje Exclusivo Leaded leaked. First came the announcement, then came brand owner Andre Farkas smoking the cigar at an event and shortly thereafter, a few retailers posted images of the cigar and its modified Exclusivo band.

The Exclusivo Leaded is offered in a single 5 x 52 robusto size with a pigtail cap. It is described as a stronger version of the Exclusivo blend due to the use of medio tiempo tobacco, leaves found on some plants above the ligero priming, which is otherwise the top priming.

Due to its location on the plant itself, the tobacco is the richest from the plant. Unfortunately, usable medio tiempo tobacco is not found on most tobacco plants.

The Exclusivo line is described as the personal blend for Andre Farkas. It has taken on a variety of shapes and Leaded is the 15th release under the Exclusivo name in five years. 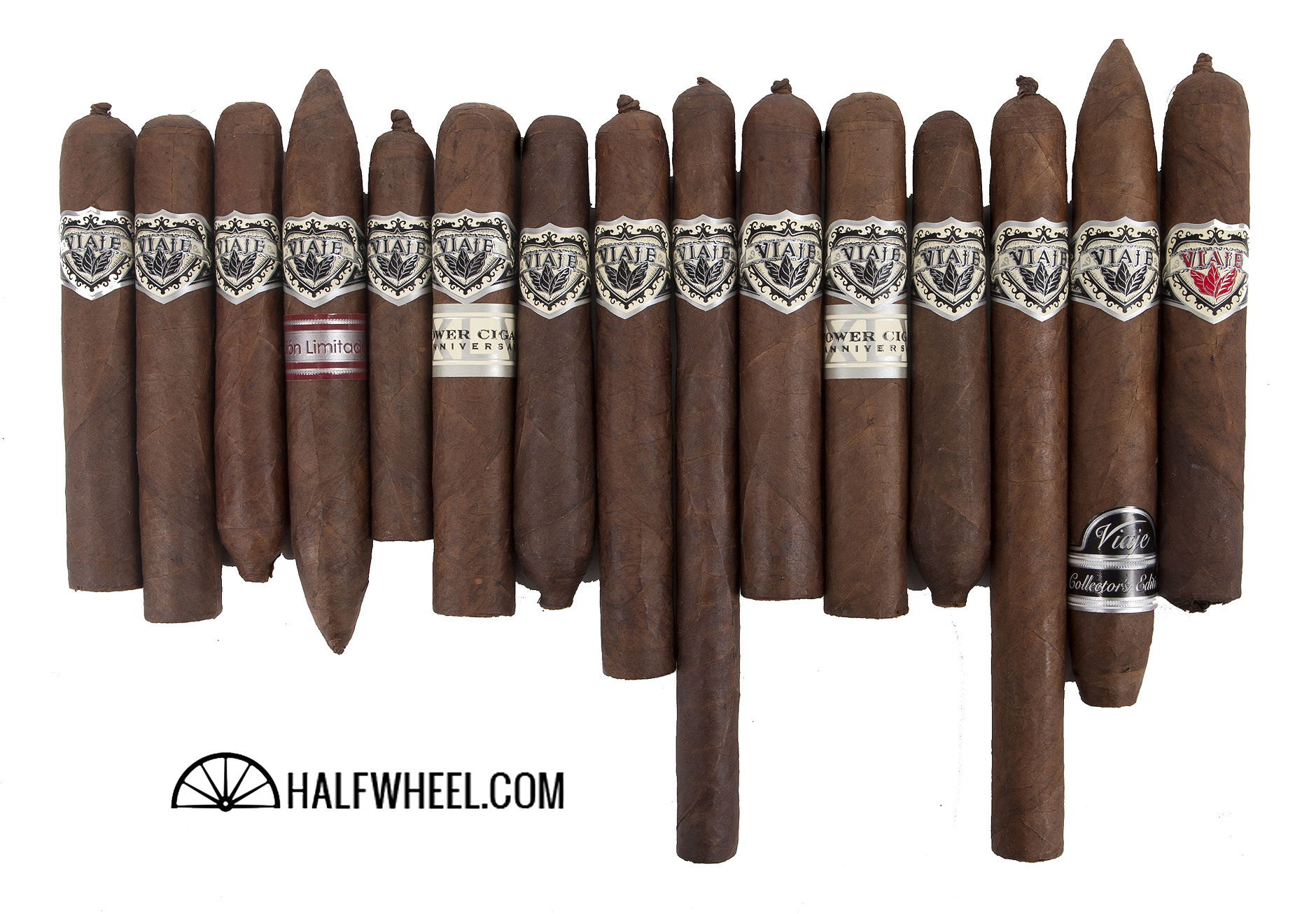 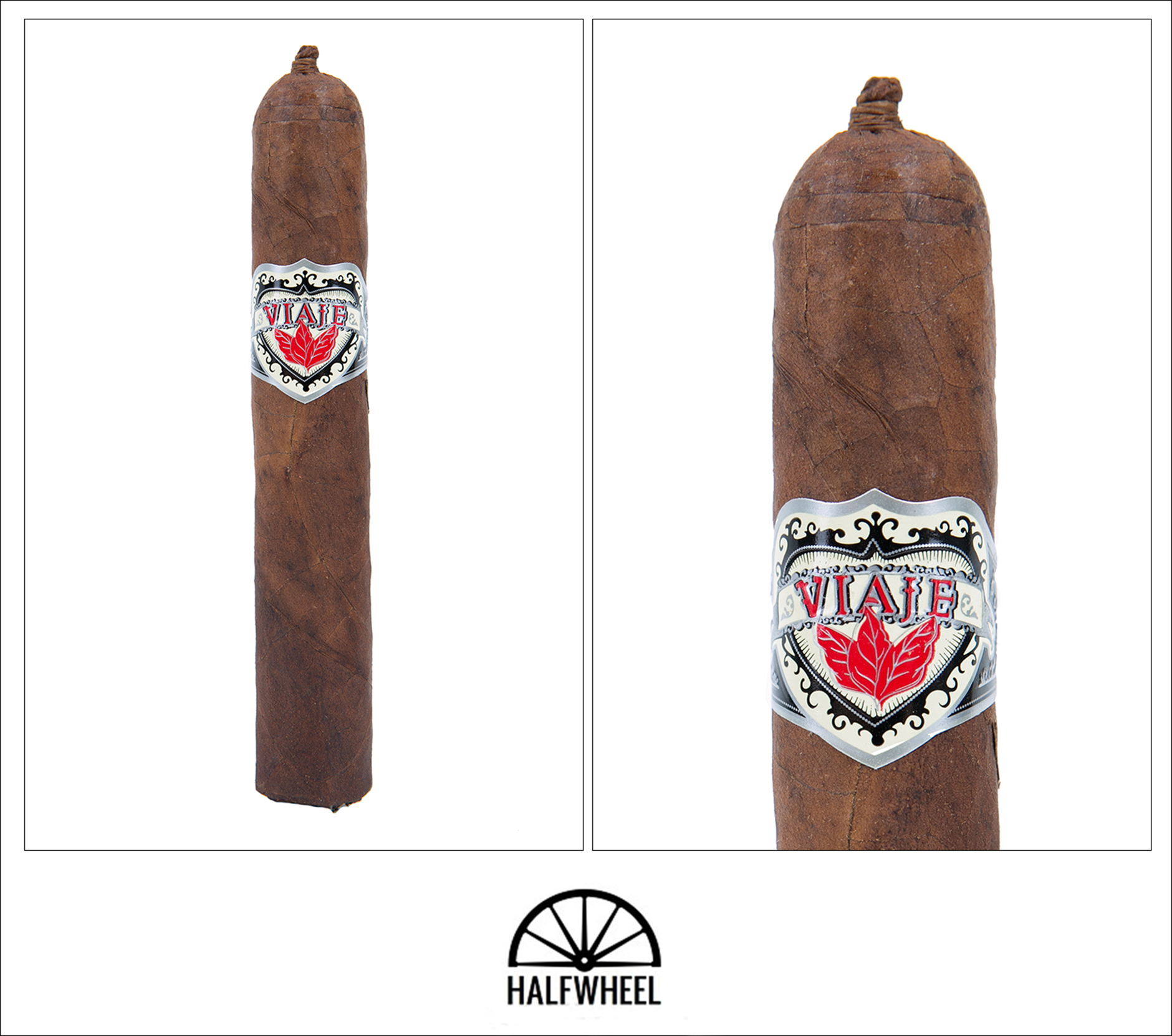 The cap has an interesting twist, literally, to it that isn’t common on most pigtail caps. Outside of the red band, there’s nothing that tells me this isn’t a regular Exclusivo. Wrapper-wise, there’s solid reds, an array of smaller veins and a clean roll—all much like any other Exclusivo. Aroma-wise, there’s sweet notes of lemonade, leather, and a bit of damp earth—not completely overwhelming, medium-full. From the covered foot, there’s an added red pepper note, but it’s much like the rest of wrapper. I get a mixture of grapefruit up front and black pepper on the back of the palate for what adds up to a relatively sweet profile.

There’s some woody undertones along with generic citrus notes as the first third of Leaded begins. On the finish, the grapefruit comes alive, more of a candied note than tart, although still possessive of both traits. As the Exclusivo progresses nuts and cedar make it into the profile with the grapefruit note remaining, particularly on the finish. The pepper is rather restrained, solely in the back of the throat. While the burn and smoke production are both great, the draw is still much too open for my liking. 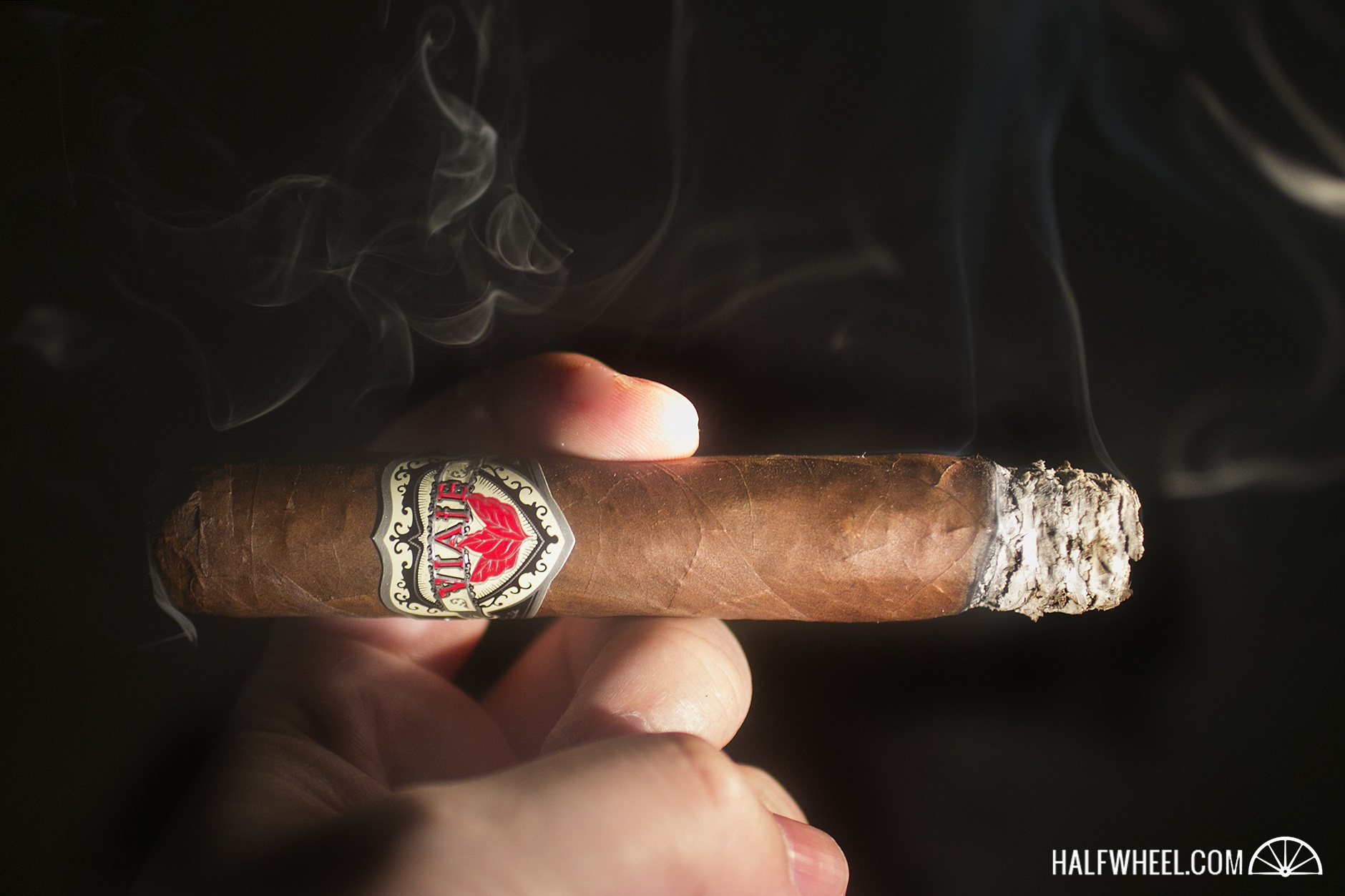 Some salt emerges on the finish pairing with the ever-present grapefruit note in the second third of the Exclusivo Leaded. It’s a wonderful mixture and compliments the toasty walnuts on the tongue. I pick up some creaminess at some point, which helps cut through the toasty notes. Midway through the cigar, some harshness emerges. After well over two inches of ash with a great burn line, the burn line suddenly falters. It happened on all three cigars I smoked and was rather odd given on one sample I got three and a half inches of solid ash without any issues. Towards the very end of the second third the strength has clearly gone from medium, quickly approaching full. 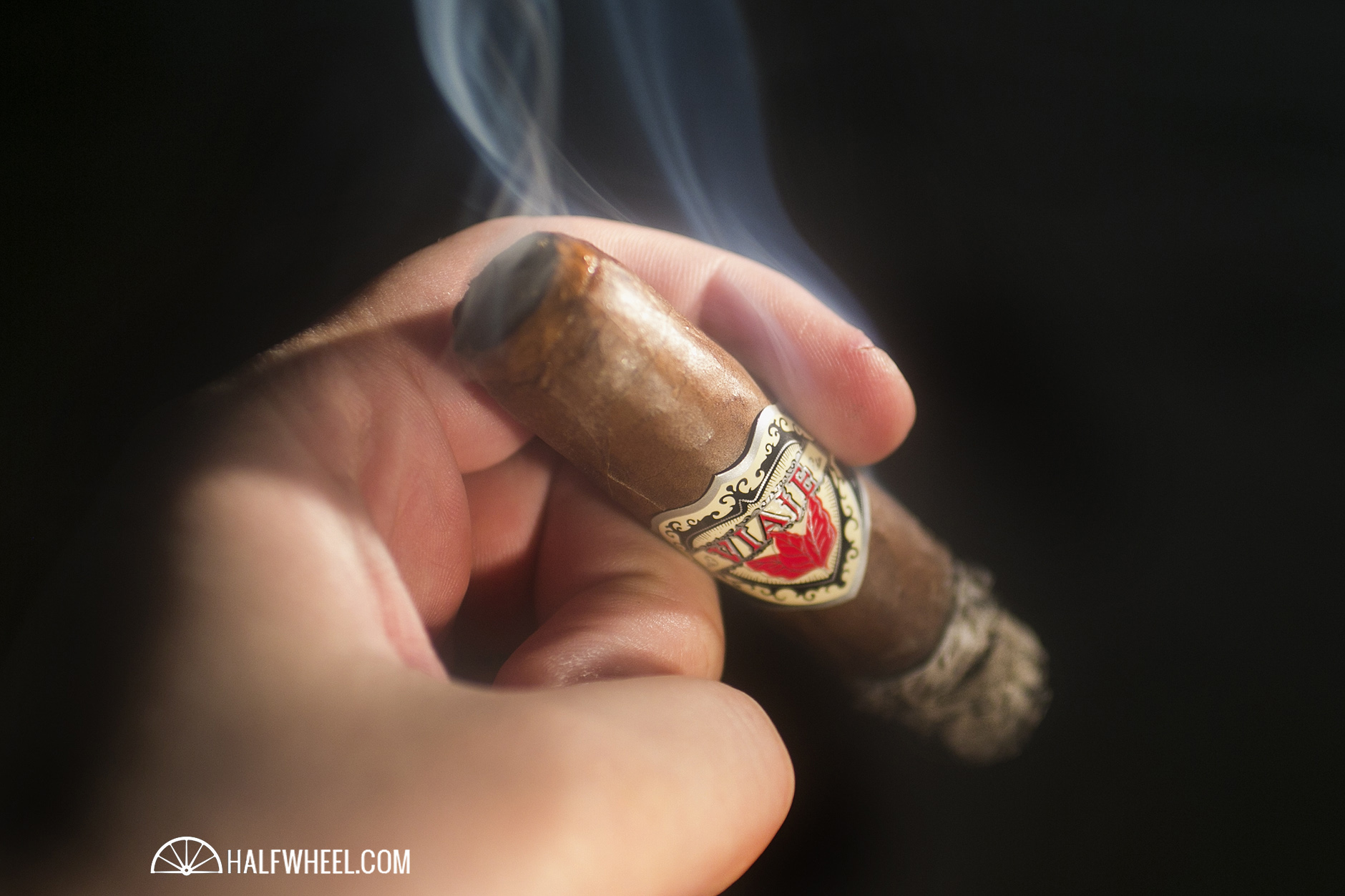 The final third of the Leaded delivers quite a bit of nicotine, somewhat reminding me of Viaje’s Fifty Fifty concept, which is fine. There’s added caramel and grassiness, both of which get nearly lost in the creaminess. The grapefruit is still present, fading, but nevertheless still on each retrohale. It’s without question the defining note of Leaded, even if it’s not the dominant flavor. After a pretty massive correction in the second third, the burn ceases giving me issues and I’m able to get well below an inch before I put the cigar down. 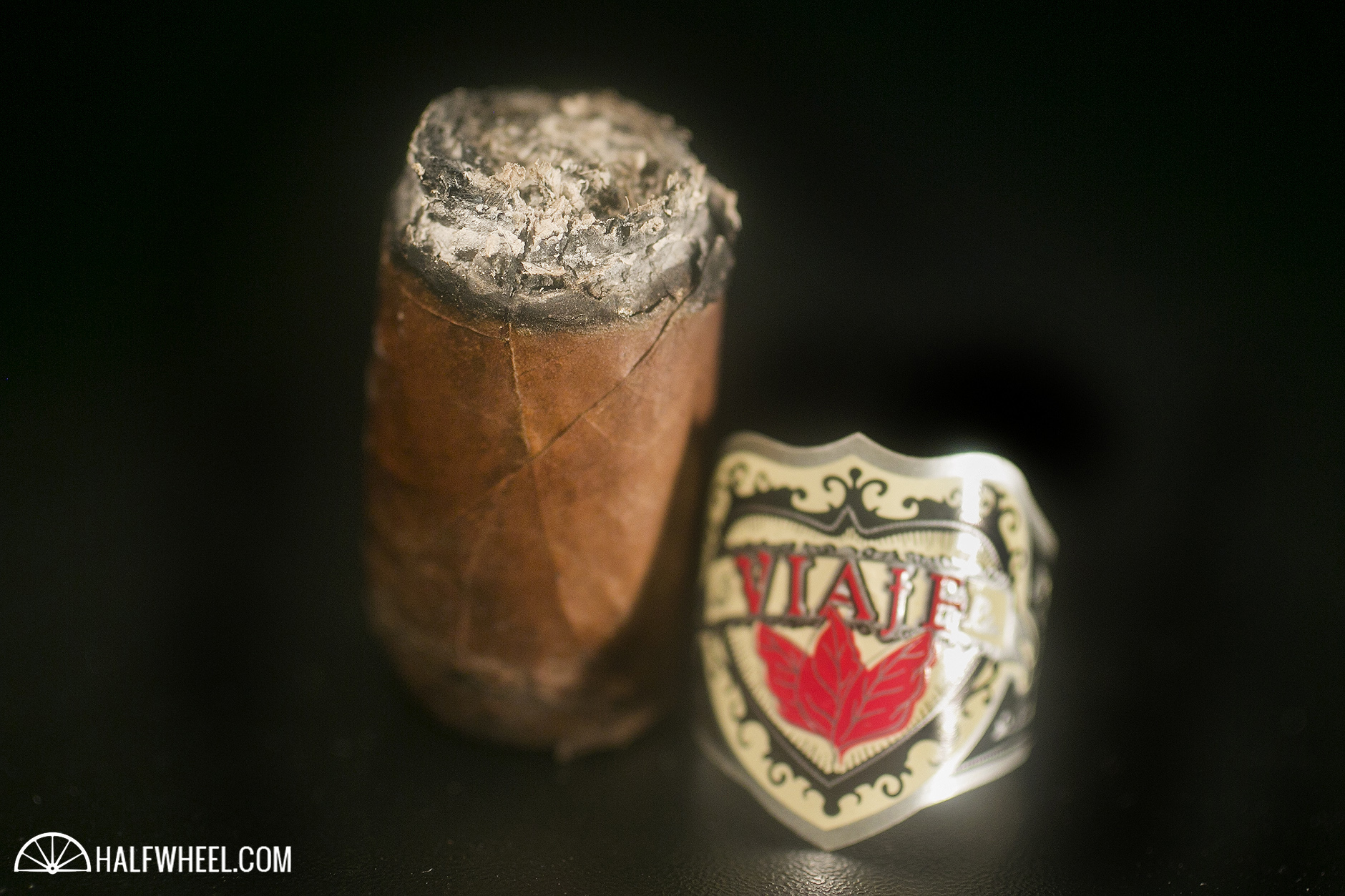 Greatest Exclusivo of all time? No. Now that that is out of the way, we can talk about the Leaded, which was more than an enjoyable cigar and one I look forward to smoking again, soon. The grapefruit note was a welcome surprise, while the balance was something any cigar could use. This was not a cigar that needed more time flavor-wise, not a cigar that was just another cigar. Tighten the draw and remove the burn problems in the second third and it’s a cigar with nothing to complain about.