Viaje opted to use it for Leaded, which was offered in a 5 x 52 robusto size, early last year. Here’s what I said about the cigar when I reviewed it.

Greatest Exclusivo of all time? No. Now that that is out of the way, we can talk about the Leaded, which was more than an enjoyable cigar and one I look forward to smoking again, soon. The grapefruit note was a welcome surprise, while the balance was something any cigar could use. This was not a cigar that needed more time flavor-wise, not a cigar that was just another cigar. Tighten the draw and remove the burn problems in the second third and it’s a cigar with nothing to complain about.

As with just about every Viaje, Leaded was limited, in this particular instance 500 boxes of 25 cigars.

Aroma is leathery with some odd buttermilk fried chicken notes and some sweetness.[ref]For those wondering akin to the gyro flavor, I haven’t had fried chicken in a while either.[/ref] The cold draw is different with cocoa powder, sunflower seeds, floral and leather. There’s a soft spot around the foot, but other than that, the cigar seems fine.

Flavor-wise, it begins with some sweet vanilla ice cream and burnt caramel. The dessert portion of the Viaje Exclusivo Leaded transitions pretty quickly with an earthy cocoa, some pepper and leather being the start in the first third. The second third drops the cocoa, but keeps the leather and earthiness. Midway through the salivation in my mouth becomes interesting. While it doesn’t have the flavor, it was sort of like eating uni—flavors hit the palate, take a very long to show themselves and then cause big mouth salivation. On the finish there’s a dry nuttiness that at times could be confused for sawdust if that makes any sense. The harshness picks up in the final third, but there’s a lot of added fruitiness, floral flavors and creaminess that help to combat it. There’s grans and that dry salivating flavor on the back of the mouth, although after about 40 minutes that whole salivating thing has gotten to be a bit annoying. 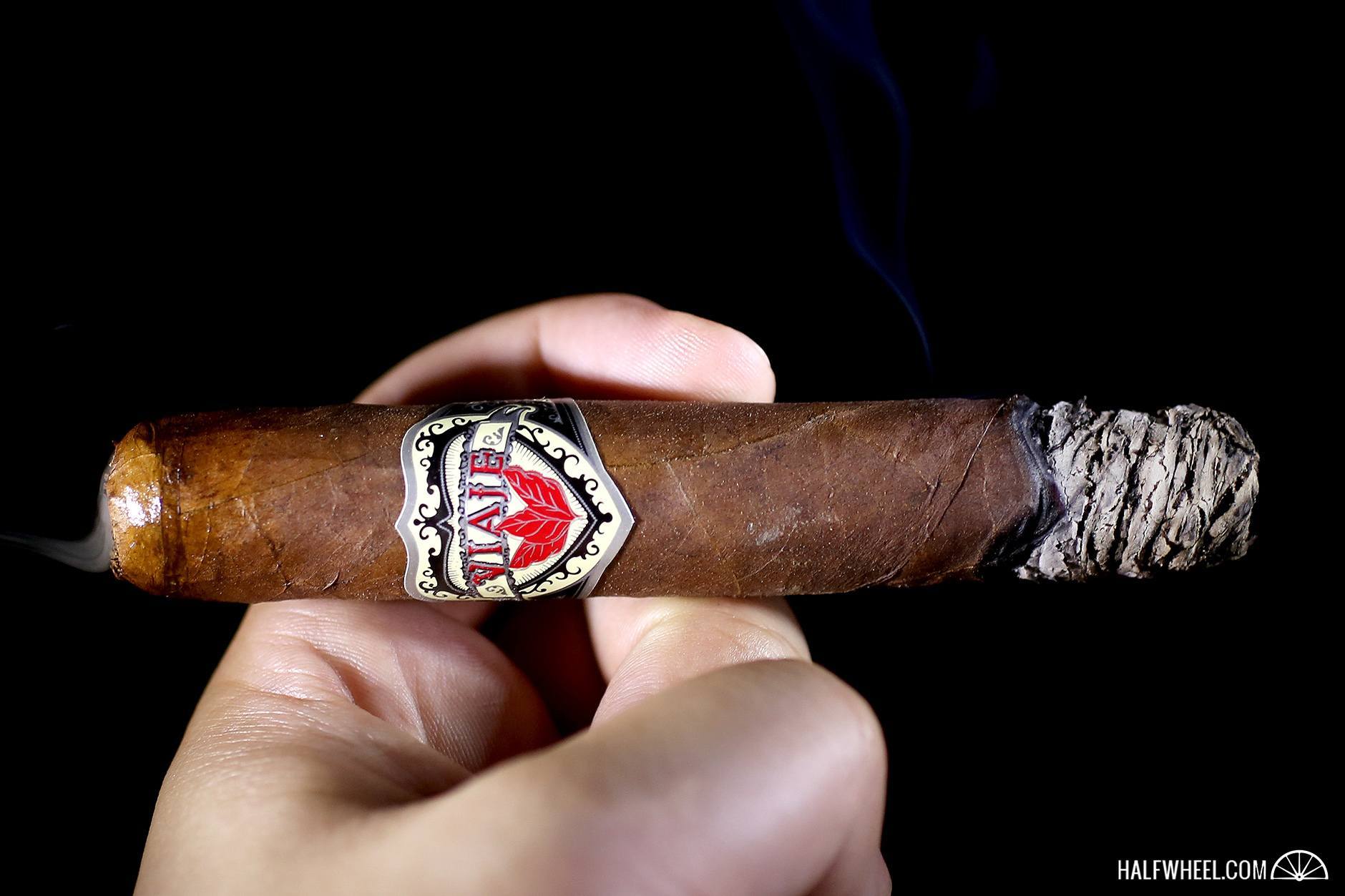 Construction-wise, my only real complaint is that the smoke production started a bit anemic, something that was helped quite a bit once the covered foot was burnt off. I didn’t have any issues with the draw, which was something that troubled me the first few times I smoked the cigar. The burn wasn’t perfect, but it did correct itself and my lighter went unused after the cigar was initially lit. Strength was medium-full, not the strongest Exclusivo I’ve had, but no slouch.

Leaded is one of Viaje’s best cigars and most certainly one of my favorites. As to how it’s doing at the moment, the easiest answer is that it’s different. The construction issues that plagued the cigar when I smoked last year are gone, but so are some of the highlights flavor-wise. It’s still an extremely complex cigar and one that is amongst the most balanced Viajes I’ve ever smoked. Best of all, the cigar is rather different than what I smoked last year, so perhaps there’s a third act. If it’s anything like the first two, I look forward to smoking it.