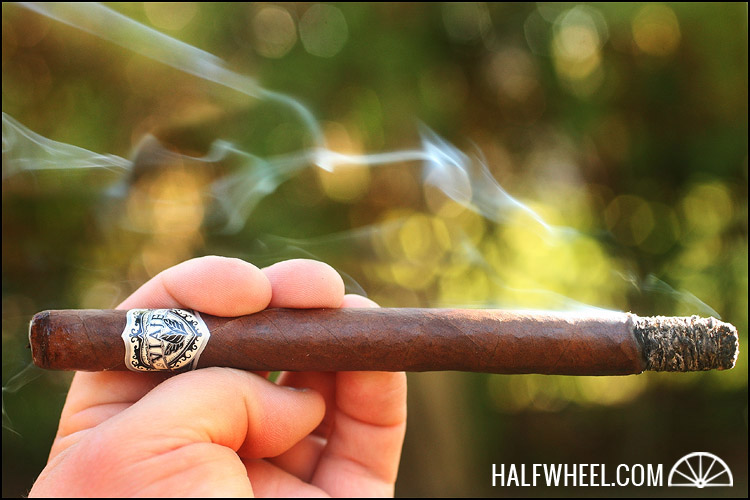 There has been a growing trend in recent years for the makers of cigars to release the blends that they make for themselves to smoke as limited releases for the rest of us to enjoy.

Much like Pete Johnson’s Black Label and Steve Saka’s Liga Privada No. 9, the Viaje Exclusivo blend is said to be Andre Farkas’ personal blend. Over the past two years, there has actually been quite a few different releases in this particular blend, albeit all in very limited quantities. There were more vitolas released this year (Chiquito, Tower 45th & Short) and there are always rumors of even more.

As per Charlie Minato’s news story:

The cigar is to be released on November 12, 2011 at an event taking place at Atlantic’s Elmsford, NY location (116 S Central Ave). Atlantic has a few more releases scheduled throughout the upcoming year to honor their anniversary, no details are available at this time. Unlike the Tower 45th, there is no secondary band on this cigar.

The Exclusivo Lancero is being released to commemorate the 15th Anniversary of Atlantic Cigar. There were only 150 boxes of 25 produced and sadly this is an event only release. So the only way you can get them is to walk into the store and buy them or get a friend to do it for you.

There will be no phone orders for this release. The event is being held at Atlantic’s Retail store in New York: 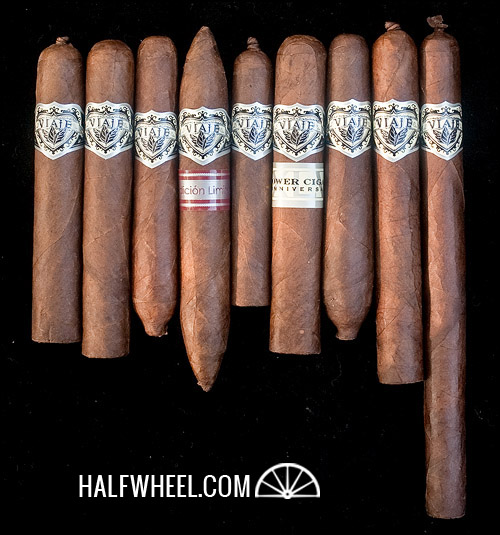 The boxes that the Viaje Exclusivo Lanceros come in look like this: 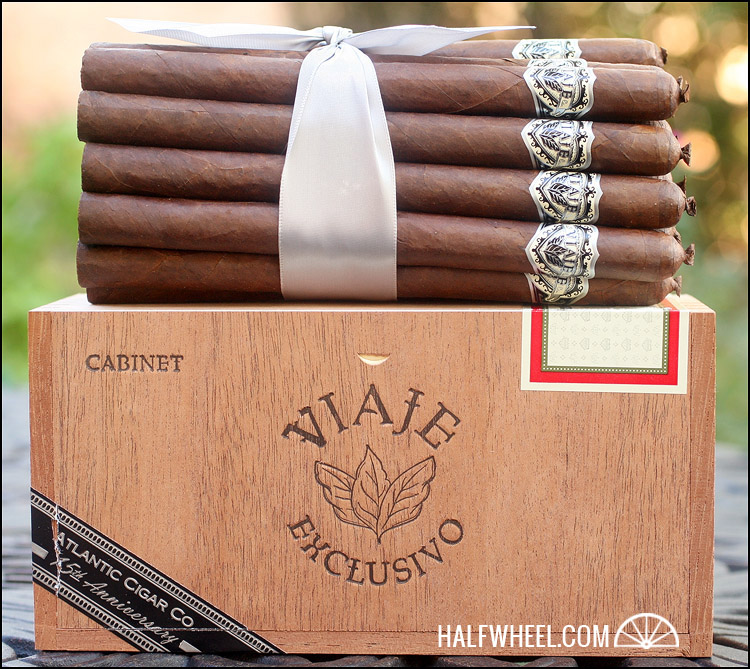 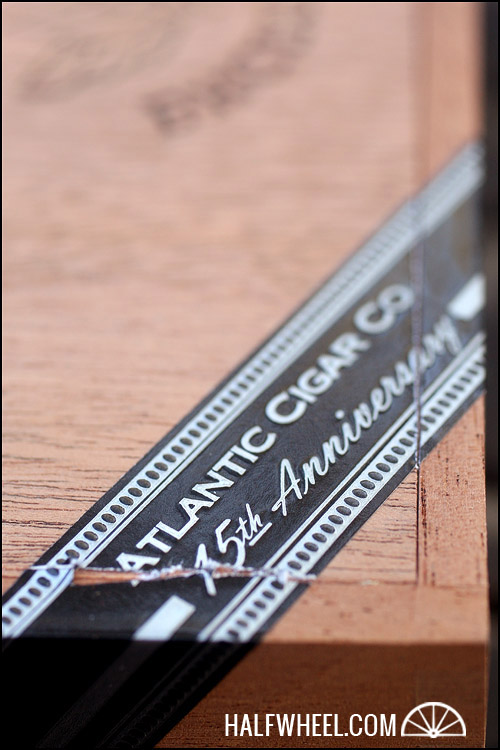 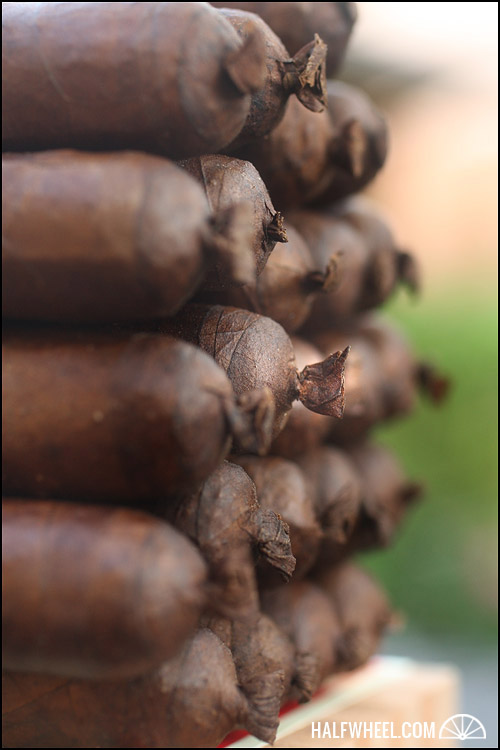 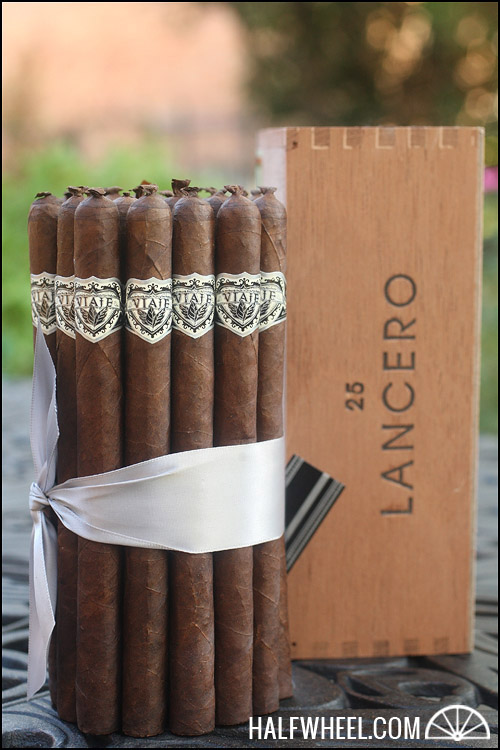 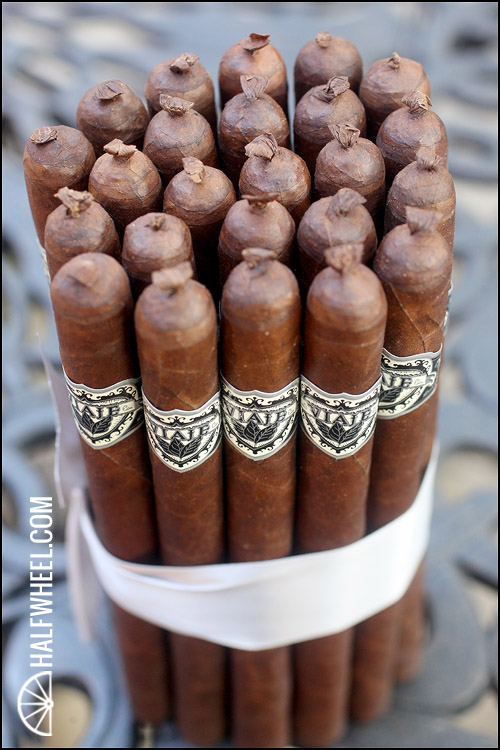 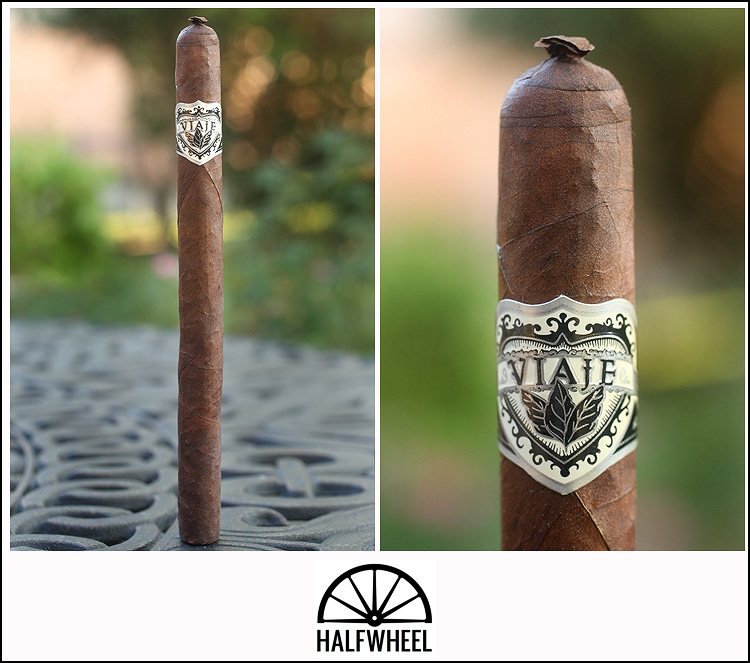 The cigar itself is thicker than a typical lancero and feels like it in your hands. Covered in a slightly mottled dark espresso brown wrapper, it is smooth to the touch and has a bit of oil present. It is great when squeezed, with a not too spongy feel. The wrapper smells like a combination of spices, peanuts, earth and coffee. It also has a pigtail, which looks great on the vitola.

The first third starts with a nice amount of spice on the tongue and lips, along with notes of dark chocolate, earth, leather, coffee and a tiny amount of black pepper. The spice dies down almost totally by the middle of the first third — still there, but way less. There is a noticeable sweetness that is also in the background, but it stays there for the entire third. Strength is fairly nonexistent at this point, say a stronger mild.

The second third shifts gears a bit and the sweetness comes to the forefront. It is a maple sugar sweetness with a bit of a bready note as well. (Think of putting some maple sugar on a piece of fresh baked bread and that is close.) There is some chocolate and dark coffee notes still in the profile, and while the spice is gone from the tongue, I am still getting a bit in the retrohale. The cigar is getting noticeably stronger by the end of this third as well. 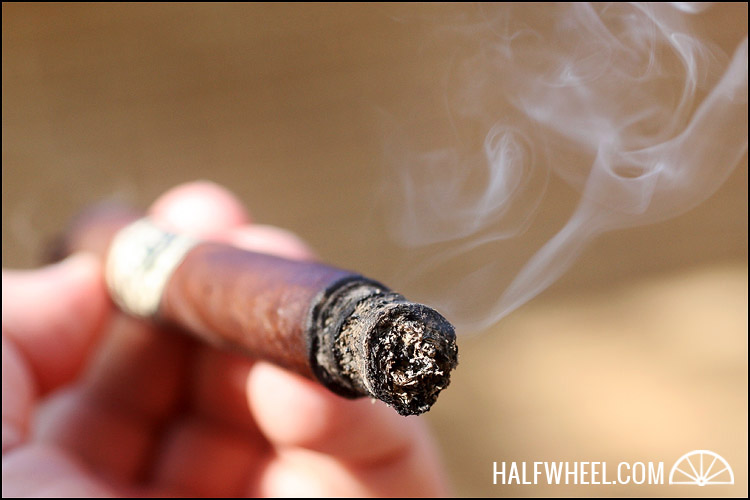 The final third mellows out a bit with the sweetness not as strong. The flavors become a bit muddled, but I can still taste the core notes of dark chocolate, espresso, a strong leather and wood. Still some maple sweetness, but not near as much as the second third. However, the strength of the cigar has continued to increase until and by the end it is a solid full cigar. Was able to nub it easily. The first thing I wanted to know when I smoked the Lancero was Is it as good or better than the other vitolas in the line? The answer is sort of. While it is a better cigar—both flavor and construction-wise—than the Chiquito, Short and Double Edge Sword, it is not as good (nor as complex) as the Corona Gorda or the Tower 45th. Construction was excellent and it was a joy to smoke. While this is a very good edition to the Exclusivo lineup, it is not the best in the line, and if given a choice, I would honestly rather smoke a Tower 45th.