It’s been a busy year for Viaje, not necessarily in terms of new releases—although that’s not to say that it’s been slow in that department—but more in terms of the company’s development.

Andre Farkas announced—somewhat expectedly—that Viaje would now be partnering with PDR Cigars for a variety of releases, the first of which will arrive next month. In addition, and not so expected, it announced that it would begin offering a regular production cigar for the first time in a few years. And of all things, the cigar would be the Viaje Exclusivo, a line that was considered the personal blend of Farkas.

Four sizes were announced as regular production items—Robusto (5 x 52), Toro (6 x 50) and Double R (5 1/4 x 54) for the U.S. market and a Torpedo (6 x 52) for Germany. According to a representative from Viaje, the cigars will be available like a normal regular production cigar, available for order at anytime of the year, a massive departure for a company which for the most part ships releases in a quantity of its choosing to its retailers.

While the Robusto vitola has been previously released, this now means that there have been 20 different Viaje Exclusivo releases over the years counting the release of the Viaje WLP Exclusivo Churchill. 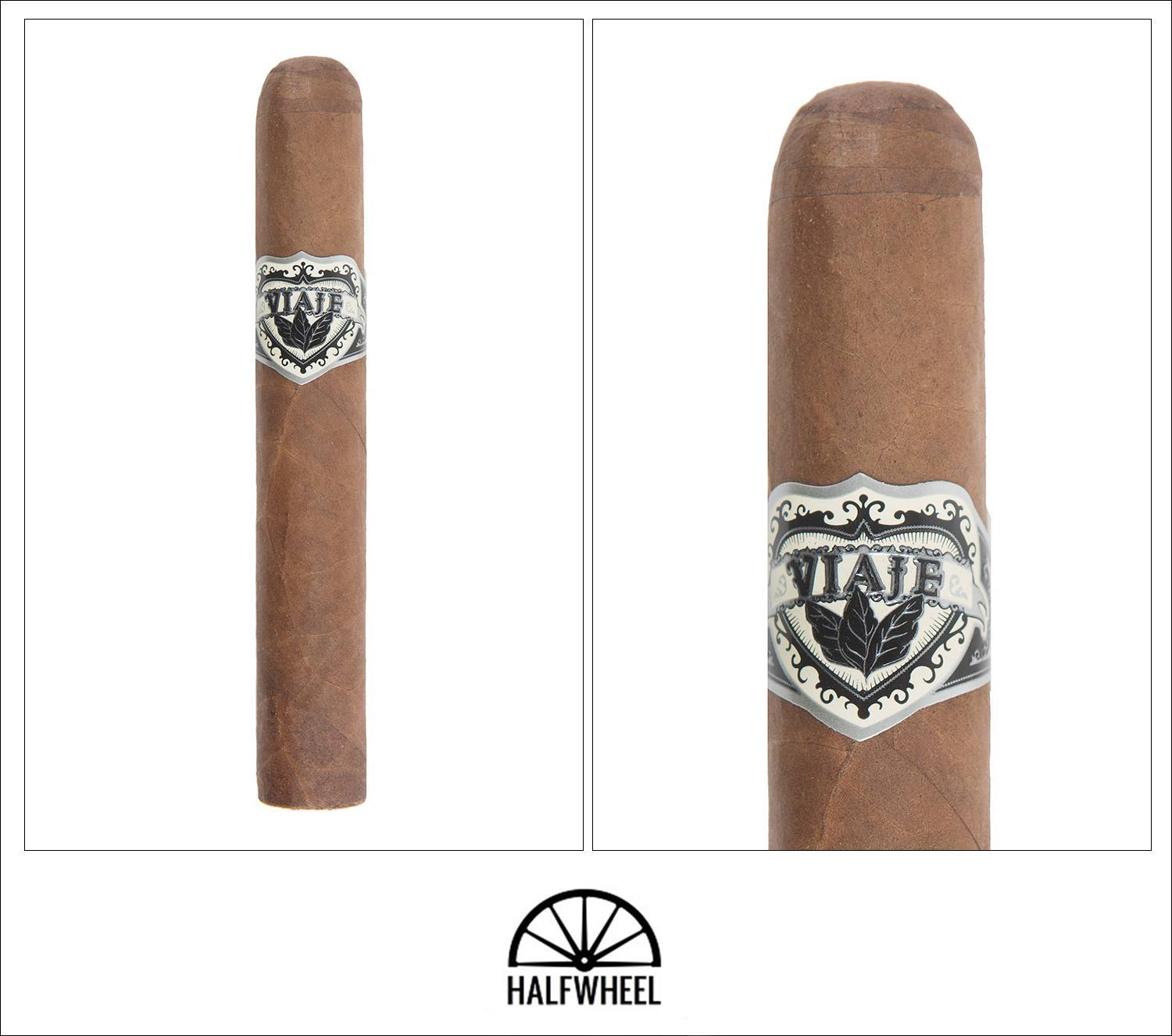 The Double Rs that we got were fairly light in the wrapper department, lacking the deeper and redder browns that I normally find on the Exclusivo line. It’s also relatively mild as far as aroma with just some faint barnyard notes coming from the Nicaraguan criollo 98 wrapper. There’s more life in the foot with a varnished wood aroma that’s quite a bit stronger joining the leather, sweet walnut, bark and peanut butter. The cold draw is also better: graham cracker, leather, some spices and earth.

The Double R starts out somewhat sweet with some ramen (alkaline) noodles, woodiness, a fruity flavor that I cannot really place all too well and a lot of woodiness. Fairly early on and this rendition of the Viaje Exclusivo has lost the fruitiness and as such is left rather earthy with sunflower seed, leather, an herbal flavor similar to a mild cilantro and a bit of chalk. The profile is earthy, although there’s no real generic earthy or musty flavors that I often find in cigars. There’s a slight touch of very generic sweetness, but it’s so minor that mentioning it is debatable. Construction is great with an even burn, a solid inch and a half chunk of ash and a slightly open draw. The only real note is that the cigar is burning rather quick. A bread flavor—like a plain bagel—picks up in the second third along with a touch of saltiness in the back. It doesn’t do much to shift the cigar from the earthy profile I found that dominated it, but it’s a nice transition. There’s some grapefruit through the nose, which pairs well with the aforementioned saltiness. Elsewhere, the Viaje continues with its leather while a walnut is also finding its way onto the finish. Construction remains quite similar to the first third, although I do think the burn rate has slowed. The walnut flavor that I found in the second third really begins to play a much larger role in the final third, now towards the front of the profile along with a Worcestershire sauce. The complete lack of sweetness since the faint touches in the first third means that Worcestershire sauce actually make things a bit sweeter, even if the flavor itself isn’t all that “sweet.” With an inch left, the Exclusivo Double R added a creaminess, but even that is lacking sweetness. I manage to smoke it past that point, but the flavors don’t really increase. Construction is on point until the last puff, with no touch-ups needed in any of the samples I smoked. For the most part, I find the Exclusivo line to provide ample amounts of cocoa, a fair bit of hot peppers and accompanying notes to make the profile work. A minority of the releases I’ve smoked have been much different and while I can’t recall an example that tasted quite like the Double R, smoking an Exclusivo that was earthy with some sour citrus notes is nothing new—it’s basically what my review of the Super Lance could be summarized as. What made the Double R uniquely different was the complete lack of pepper, something that I find in just about anything that a Viaje band has graced. While the profile is an acquired taste, the Double R performed well. Not my favorite Exclusivo, but not one full of many faults.