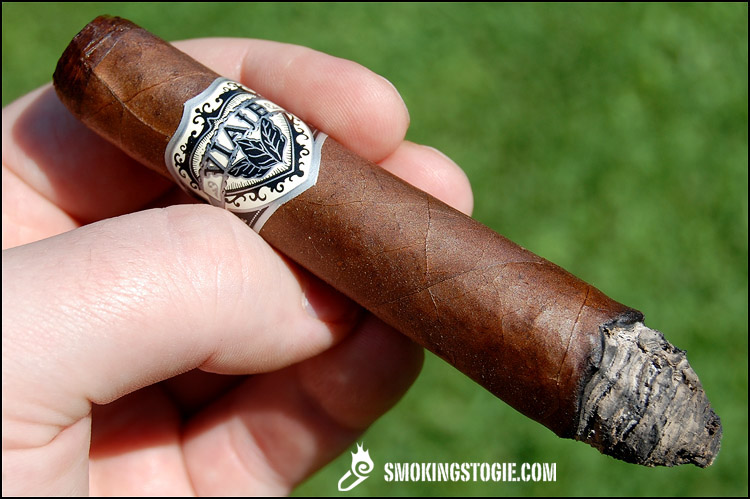 Today we will be taking a look at a new release from Viaje, the 2011 Chiquito! In 2009, using the very popular Exclusivo Blend, Viaje released a 4 7/8 x 51 Figurado named the Chiquito, the cigar was made in very limited quantities and was only made available at two stores: Tower Cigars in California and Cigar Masters in Rhode Island. The cigar sold out very quickly and it was decided by Viaje that they would release the cigar every two years at only two stores with the stores being chosen randomly each year. (By chance Tower Cigars was picked twice in a row.) 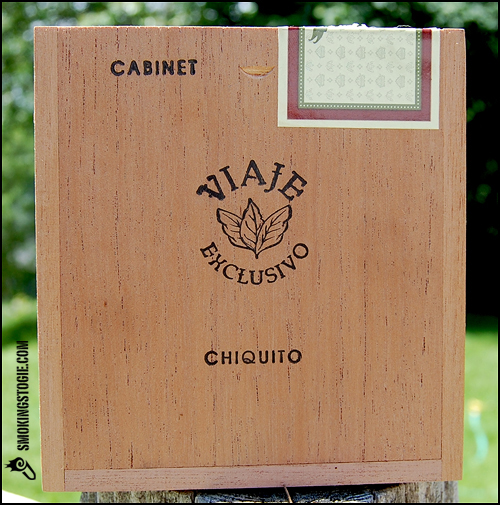 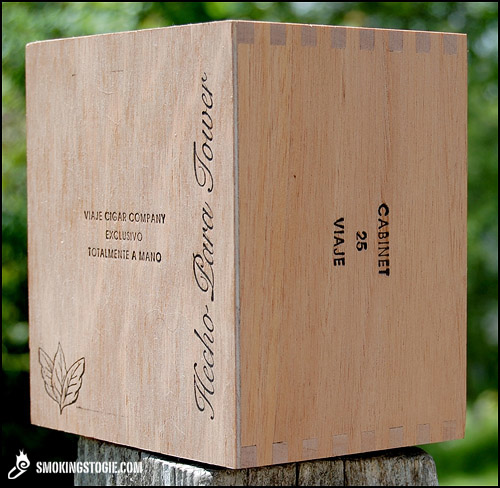 Our good friend and sponsor Mark Just at Tower Cigars contacted us this past week to let us know that it was that time again, the 2011 Viaje Chiquitos were in and they would not be around long! I must say the vitola is really cool, very reminiscent of the Arturo Fuente Short Story and Hemingway Best Seller, the cigar is a Figurado shape with an extreme bulb like shape at the foot. Only 100 boxes of 25 are available split between the two stores. 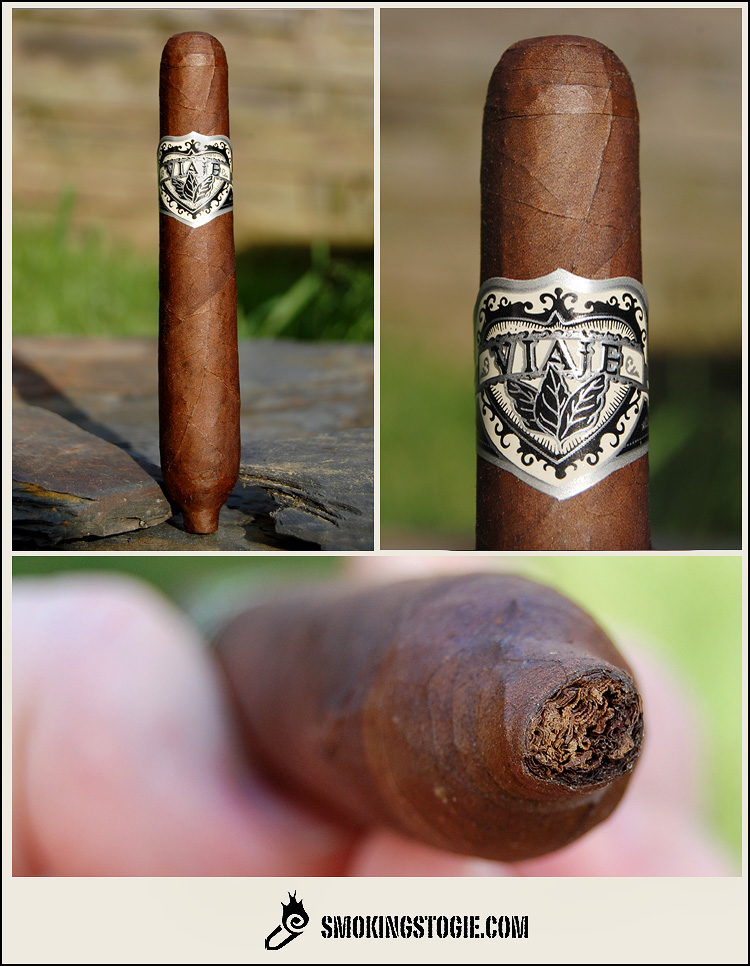 The cigar is really gorgeous looking, very well constructed with a tight pack, seamless wrap and a milk chocolate wrapper with a nice bit of oil. The cigar itself smells of sweet tobacco with a light chocolate aroma, and barnyard notes. The pre-light draw is full of  cedar and earth with hints of leather and a touch of pepper.

Starting off in the First Third the cigar hits me with a blast of spice and pepper not untypical with this blend. A quarter of an inch into the cigar the spice and pepper mellow considerably and the flavors start to fill my palate starting with a nice oak and earth combination. There is leather and coffee on the finish which is considerably long with a wash of pepper over the tongue. The smoke is thick and lush, cigar is medium bodied.

Coming into the Second Third the cigar intensifies a bit with a splash of darker flavors and aromas, flavors of wood, espresso and dark chocolate fill my mouth with a thick, creamy, leathery finish with a nice bit of spice and pepper through the nose. The cigar is medium to full with a great draw and an even burn. 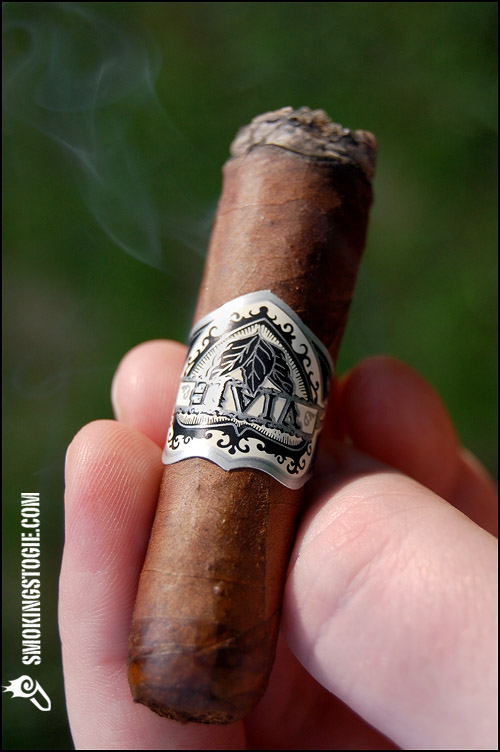 Finishing up in the Final Third the spice and pepper ramp up a bit while the flavors themselves mellow a bit, overall more of a cedary, creamy coffee and leather profile as opposed to the last thirds darker, bitter profile. The cigar is medium to full with a long finish and fantastic burn. This is definitely a box worthy cigar in my opinion, especially considering how limited they are. It offered a great flavor profile, nice spice and pepper and great construction. The fact that I feel this isn’t as good as some of the other Exclusivos is really just a small point, a good cigar is a good cigar and this is certainly a good cigar. I think the size is just so cool and a real pleasure to smoke, it would be a perfect morning smoke because of the size and the fact that it has flavor and strength but it doesn’t make you want to throw up. Overall a fine cigar and if you can find some I would pull the trigger!