At this year’s IPCPR convention and trade show, Viaje showed off some of its new releases, though these new releases weren’t coming soon — they had already shipped prior to the show. One of these new releases included the Viaje Cache. The name actually plays off two uses of the word. One being the place where they store their tobacco in Estelí, Nicaragua. The other being the more traditional sense of the word, which according to Merriam-Webster is “a group of things that have been hidden in a secret place” – which is exactly what is secreted away in the bottom of the box of cigars. The box of 25 cigars is actually made up of 20 round cigars on top of a false bottom, which when removed reveals five more cigars, which are instead box-pressed and feature a covered foot. In addition band has a hidden logo that is only revealed under black light. 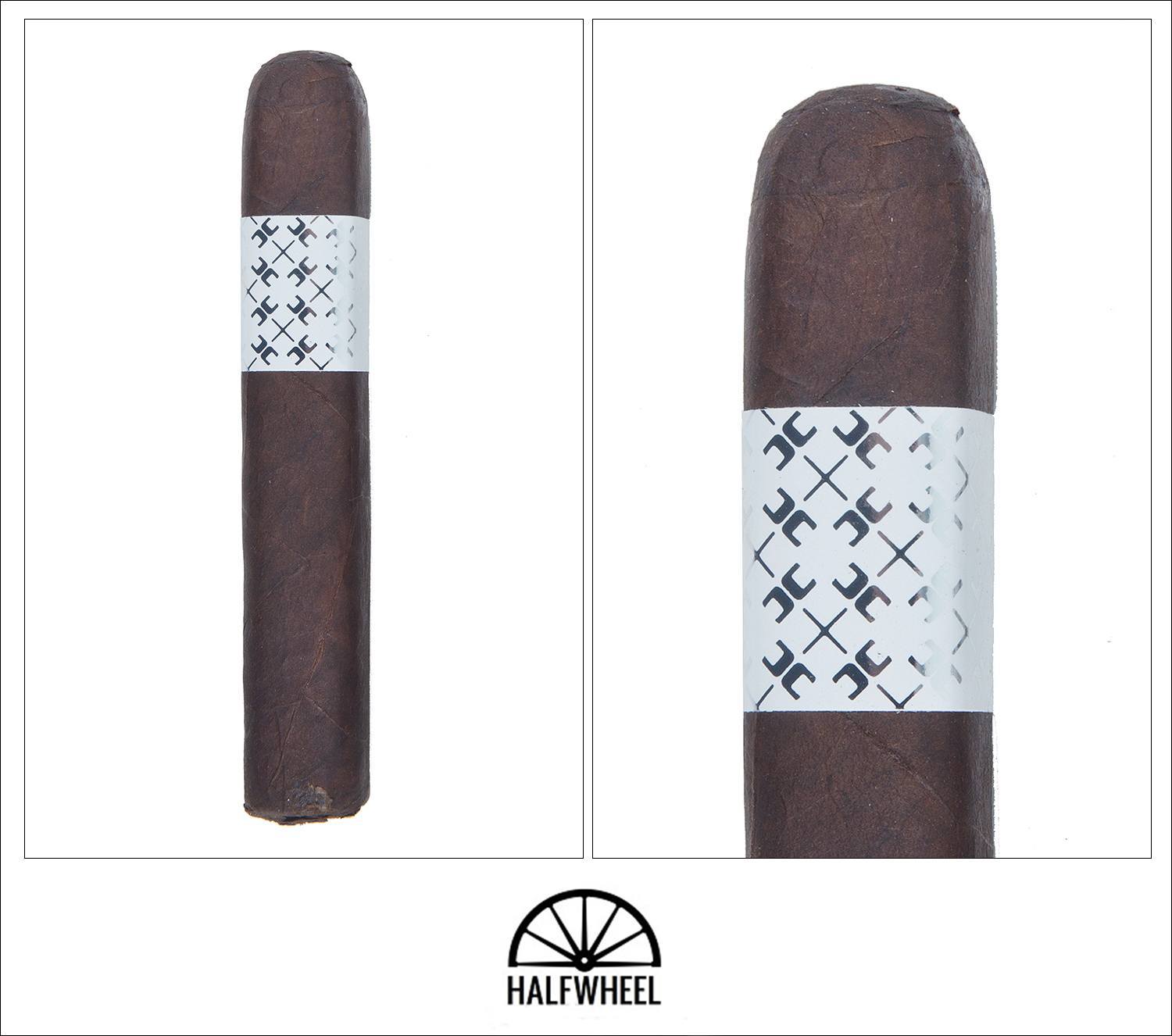 My first impression of the Cache definitely starts with the band: the white background with the almost mirror-like silver logo creates a unique and neat looking band. The wrapper is a dark chocolate color, with the slightest roughness and a nice oily feel. There is some give to the Cache BP, but there aren’t any specific soft spots. A rich earthy, sweet barnyard and leather aroma comes off the wrapper while the cold draw has an immediate spicy kick that coats my tongue along with some sweet cocoa and more earth.

The first third begins with a burst of San Andrés wrapper from the covered foot with a bit of pepper and some dry cocoa. After a few draws there’s a slight sweetness that develops, changing the cocoa into a more semi-sweet chocolate flavor, with some pepper, an earthiness and the slightest hazelnut note. The burn isn’t perfect, but by no means is it bad – just a little uneven which a quick touch-up fixes. The sweetness is starting to die down a little bit, tempered by the peppery kick that is becoming more full about an inch in. An increase of pepper and earth graces the second third with less chocolate and sweetness coming from the Cache BP. There is only a little bit of nuttiness and no specific hazelnut. The draw is good with plenty of smoke resulting, but the burn line continues to be slightly off with touch-ups needed here and there.Towards end of this section a nice spice note is added to the pepper, earth and light nuttiness. The final third continues much as the second with spice, pepper and earth up front and a light nuttiness and chocolate in the background. An underlying harshness has also developed, masking the lighter background notes slightly. As with the rest of the cigar there are touch-ups being made here and there, though I don’t think they’re affecting the flavor too much. There isn’t any change in the profile, with the same flavors and the mild harshness persisting to the end. The Viaje Cache is a fun concept with some cool packaging, and for some cigars that might be where the positive things to say about it end. Luckily that’s not the case for the Cache BP. Overall, I enjoyed the profile which had some good flavors that complimented each other well. The mild harshness that showed up in the final third of each sample was not ideal, but the profile was solid enough that it wasn’t too much of a bother when it came up. The construction was a bit of an annoyance, with quite a number of touch-ups that were required to keep things burning fairly even. The good thing was that it didn’t get so uneven or out of whack that I don’t think it affected the profile adversely. I did enjoy these enough that I can easily suggest seeking a some of these out for yourself, and as they’ve already been in stores for a few weeks you might not want to waste time doing so.