Last year, as part of its 20th anniversary celebration, the Pennsylvania-based retailer once again commissioned exclusive cigars—though it certainly didn’t seem to make as big of a deal about them. There is at the very least this Viaje and an A.J. Fernandez exclusive that are both on sale. There seems to be some indication that there are also releases from My Father and Oliva. 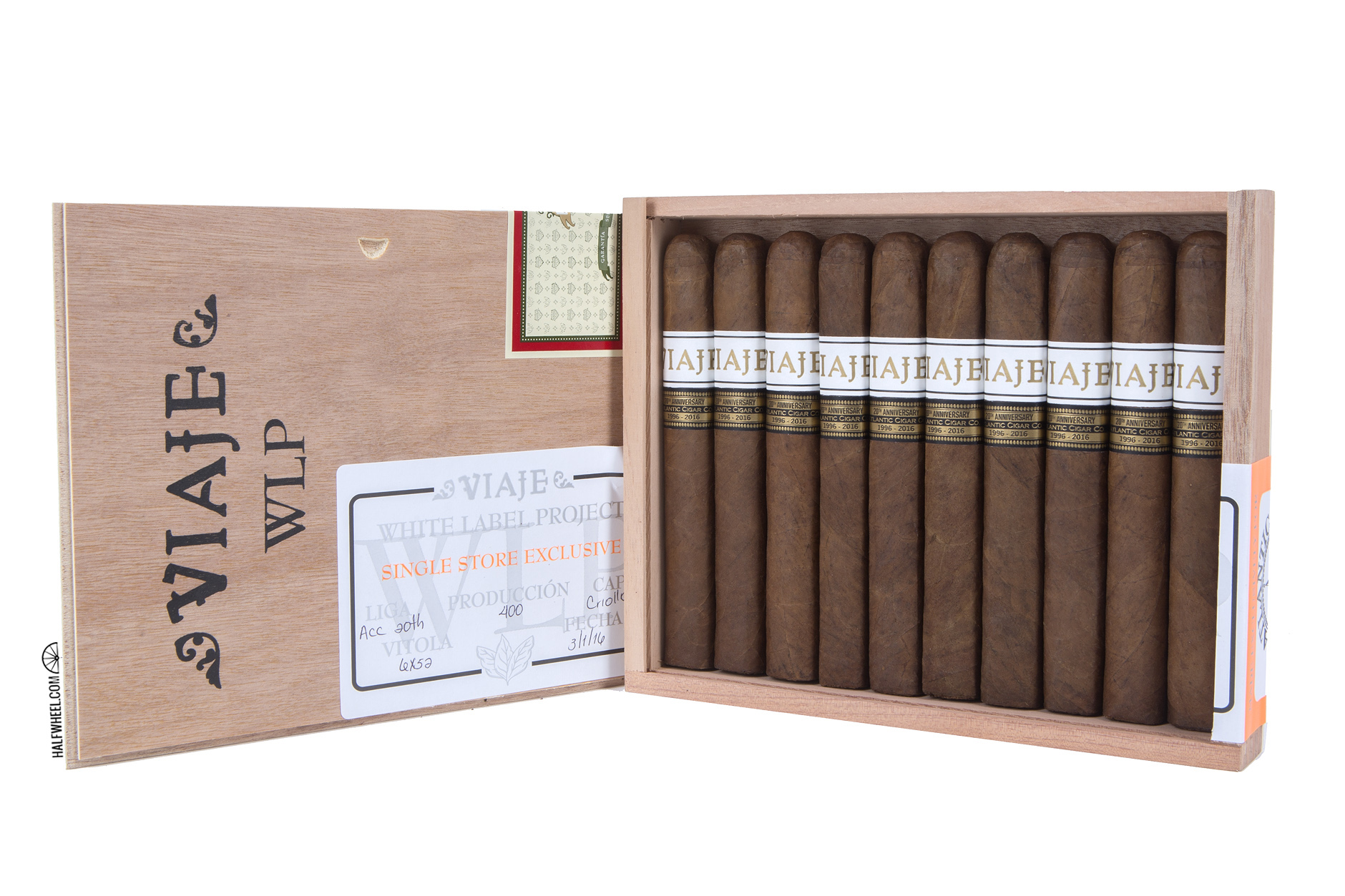 Whatever the case, this cigar began appearing in October. It’s a Nicaraguan puro with a criollo wrapper and Cuban-seed fillers. Atlantic set pricing at $9 per cigar and production is limited to 400 boxes of 10 cigars.

It carries Viaje’s White Label Project branding and is part of the company’s group of releases that have been single store exclusives. As for the secondary band, it is also found on the A.J. Fernandez release as well. 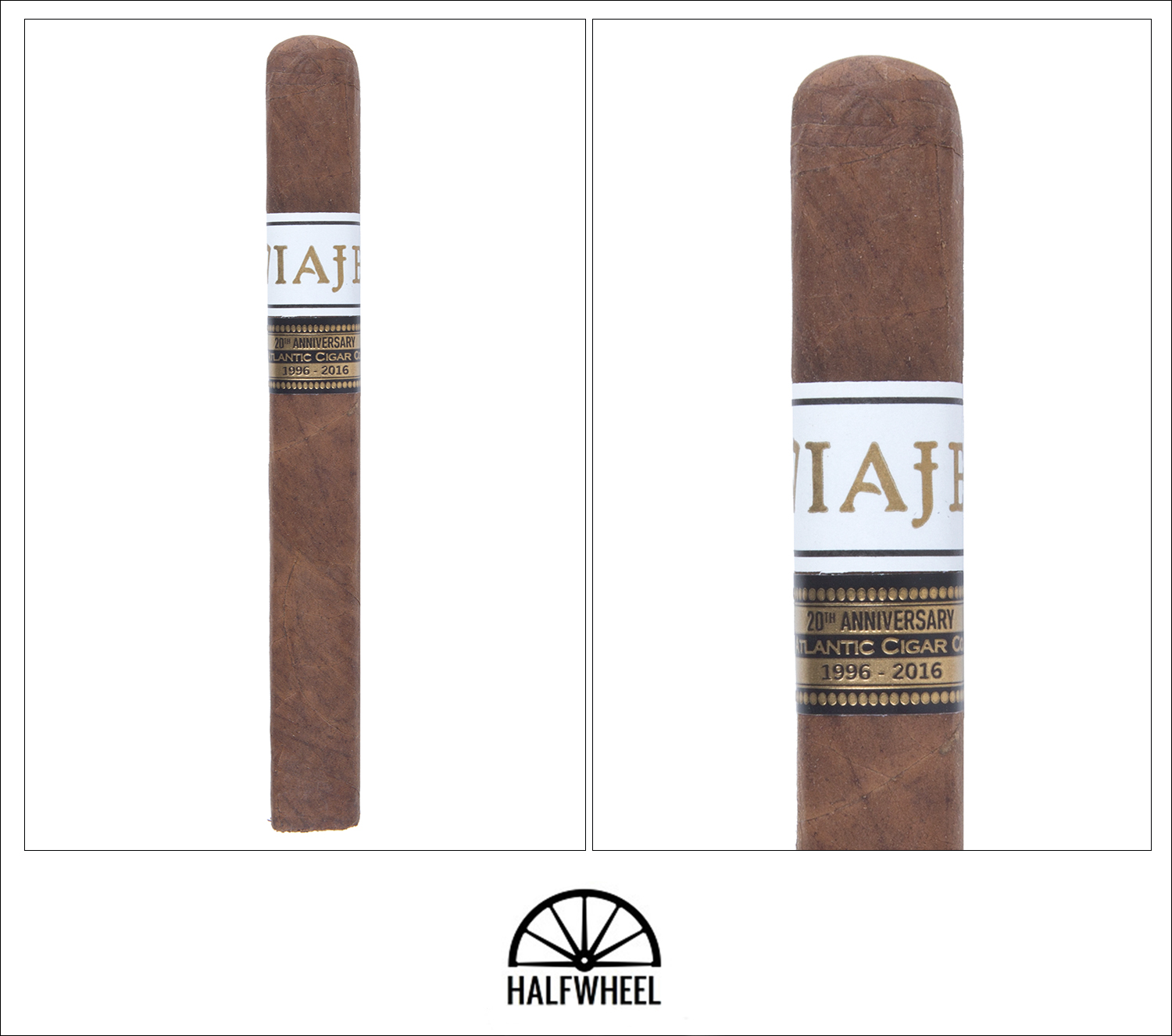 The wrapper is pretty light for a Viaje and the cigar has a soft box-press that I find quite appealing. My samples were stored without cellophane for two months, so I don’t get a ton of aroma from the wrapper. From the foot there’s an enjoyable mixture of sweet chocolate, bubble gum and cedar—admittedly not something I’d probably want to experience in anything other than a cigar. The cold draw is sweeter thanks to some cola, bubble gum and a mild habanero-like pepper at the back. Despite that sharp pepper on the back, this doesn’t really remind me of Viaje.

It starts with a draw that is a bit open to my liking, but the flavor is good: toastiness, wet cedar and acorns. The open draw means there’s a ton of smoke production, something that continues even after the draw tightens ten minutes in. Flavor-wise, it’s not as sweet as the cold draw, but there’s some more appetizing flavors than the start: walnut, grapefruit and black pepper. The acorn and toastiness still remain, though they are secondary flavors. Body and strength are both medium, though the flavor is medium-full. 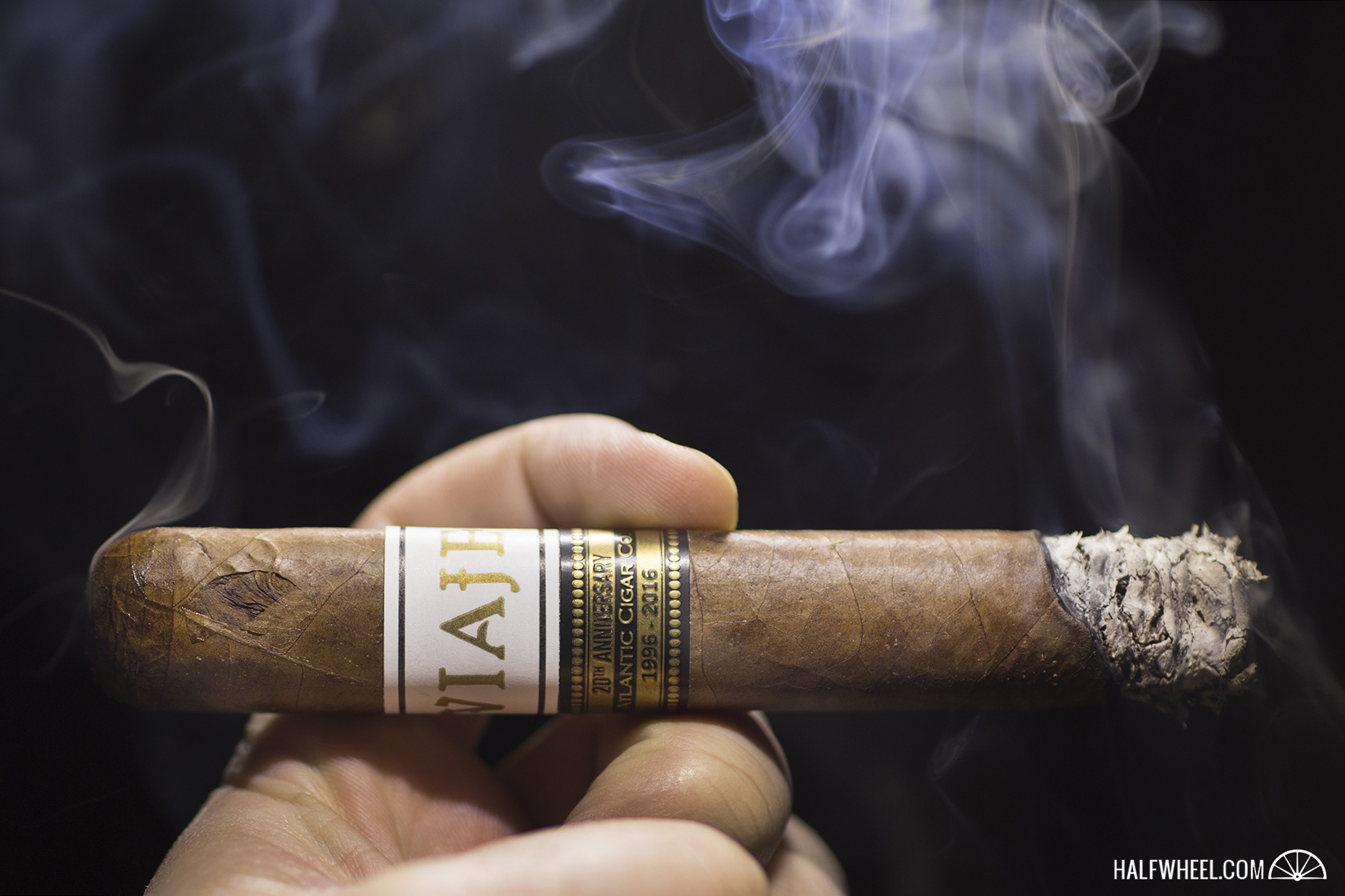 The second third takes a pretty dramatic turn flavor-wise thanks to the introduction of lemon soda in the Viaje Atlantic 20th Anniversary WLP 20th Limited Edition Toro’s profile. It’s surrounded by some dates, wet leaves and a weird vodka-like note. The flavors are incredibly smooth, though the lemon soda flavor provides just a touch of tartness to a relatively sweet profile. Construction remains great and things are much the same elsewhere: body and strength are both medium, flavor is medium-full. There’s another change as the final third begins, notably the profile is much toastier. There’s some crushed cashews and anise which join the generic toastiness. The lemon soda note is now relegated to the nose and a bit sweeter, at times more orange than lemon. A watered down hoisin sauce joins the finish, which is even toastier than the upfront flavor. While the flavors change, the rest of the cigar is quite similar: medium-full flavor, medium bodied and great construction. More than anything the Viaje Atlantic 20th Anniversary WLP 20th Limited Edition Toro shines with how each flavor explodes into one another. It's sort of like watching a runner and seeing every step from start to impact to finish while the other leg is in a similar motion, yet offset time-wise. The individual flavors build upon one another at nearly every puff, transitioning at different paces, but always in a formulaic succession. I spent a while trying to think of something similar to compare this to from Viaje, but there really isn't anything. It's a much different, certainly much milder approach from Viaje, but with very positive results.