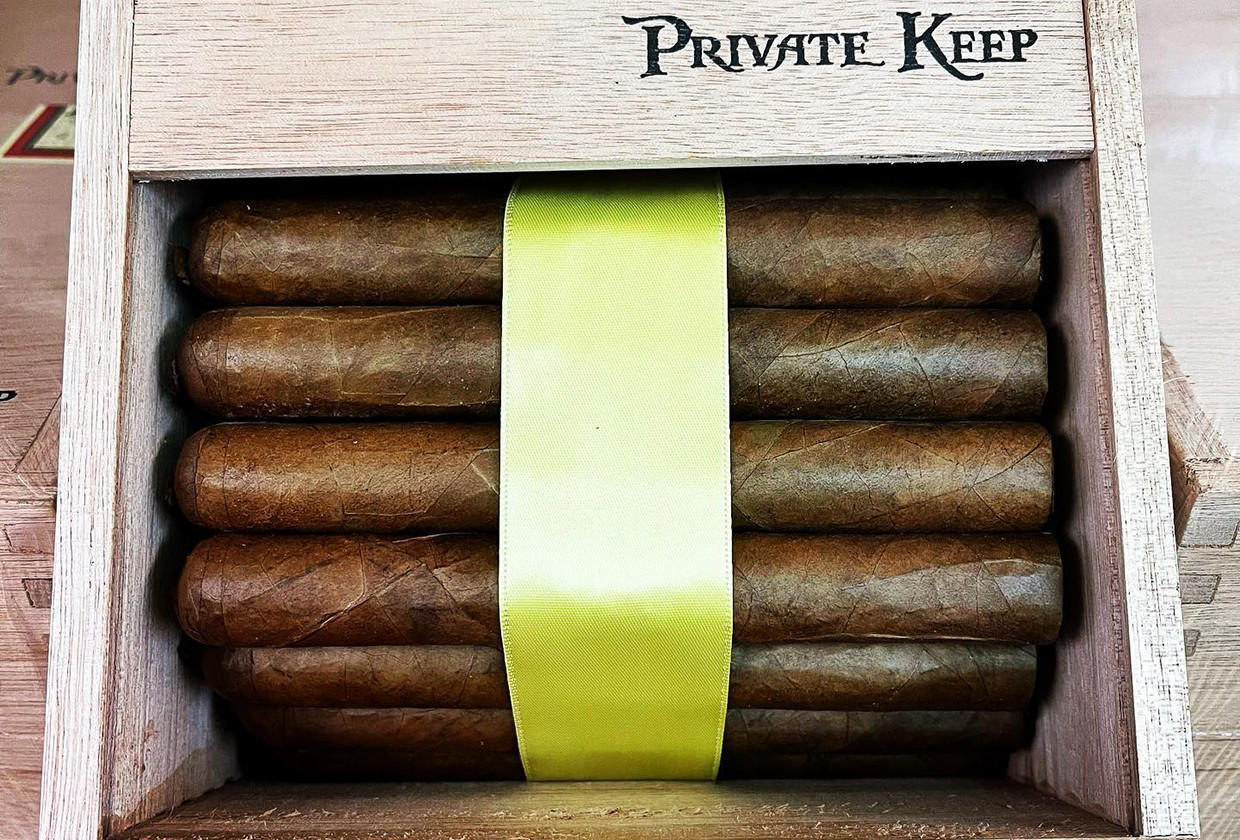 Next week, Viaje will begin sending three new releases to its retailers: the latest installments of its Summerfest and Birthday Blend series, as well as Private Keep Lemon, a new blend for that series.

Private Keep Lemon is the fourth cigar in a series that Viaje debuted in 2018 as a collection of “prized blends which haven’t yet found a home.” According to comments left on an Instagram post by the company, it is a Nicaraguan puro with a criollo 98 wrapper. This year’s release, like the others, gets its name from the color of the ribbon used to hold the cigars together in each box, the only way to identify the unbanded cigars. It is offered in a 6 x 52 toro vitola and will be priced at $11.50 per cigar. The Viaje Summerfest line dates back to 2010 and was one of the company’s earliest releases. While it has been several years since the company formally confirmed the blend details, earlier versions have been Nicaraguan puros with a corojo 99 wrapper, while the cigars have featured uncovered feet, a design style where the wrapper does not go all the way to the end of the cigar, thus leaving some of the binder and filler exposed. This give the smoker to experience those two components of the blend before the wrapper starts burning and contributing to the profile. Rounding out the three cigars is the latest installment of the Viaje Birthday Blend, which celebrates company founder Andre Farkas’s birthday on June 6. The Viaje Birthday Blend debuted in 2016 as part of the company’s White Label Project (WLP), though it quickly moved to its own line with dedicated branding the following year.

It also last appeared in 2020 with an undisclosed blend, but the 2019 version used a Nicaraguan criollo 98 wrapper over a Nicaraguan binder and Nicaraguan fillers. It’s a blend that has evolved over time, having started with a Mexican San Andrés wrapper before moving to the Nicaraguan leaf in 2017. While Viaje isn’t disclosing blend details, it has confirmed that it is returns in a 6 x 52 belicoso vitola—a shape selected to evoke thoughts of a candle—that is priced at $11.30 per cigar.