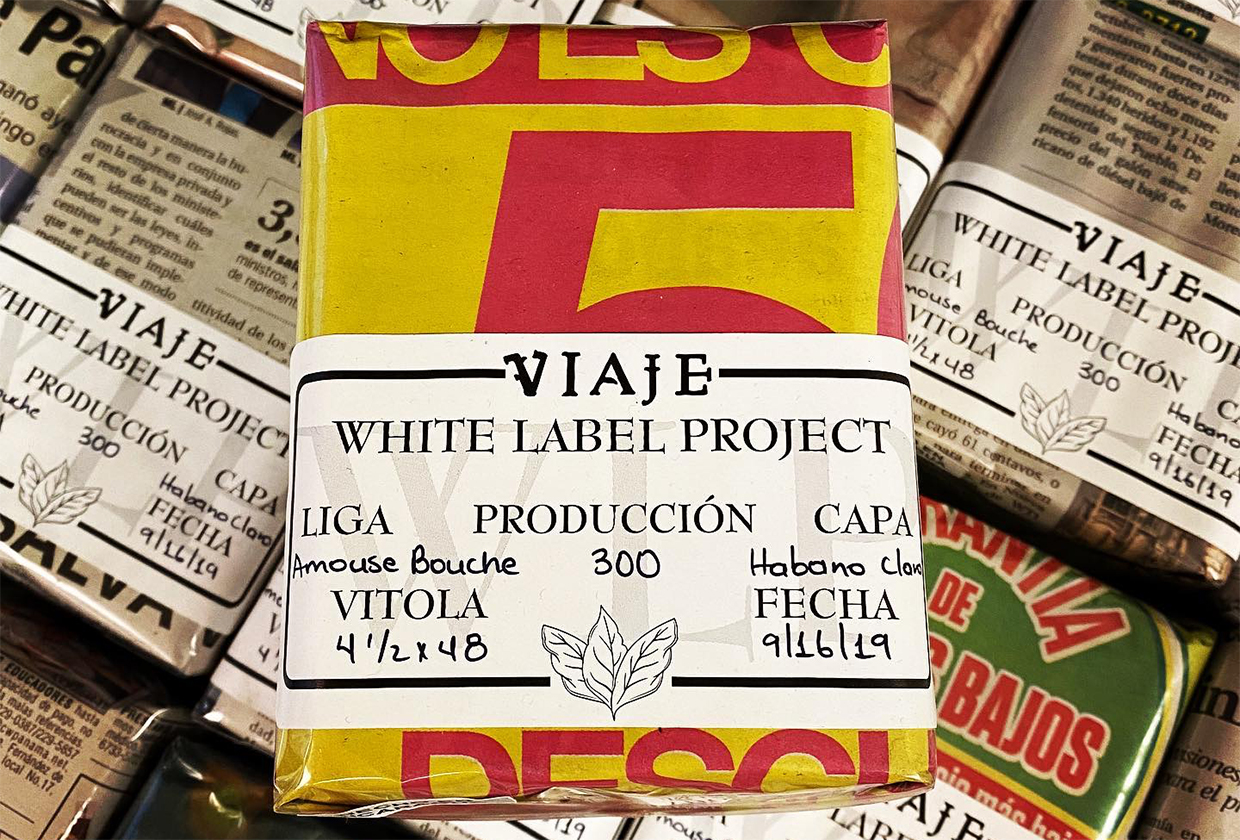 Viaje has announced what appears to be its first release of 2020, the Amuse-bouche, an addition to the company’s White Label Project.

Based on the picture posted to social media, the cigar measures 4 1/2 x 48 and is a Nicaraguan puro with a habano claro wrapper, all of the tobacco comes from AGANORSA. Additionally, it appears that 300 bundles of 25 cigars have been produced, a total of 7,500 cigars. The company has announced that it will be priced at $7.60 per cigar and

The name comes from the opening course of a meal, generally a small hors d’oeuvre designed to be eaten in a single bite.

It joins the company’s White Label Project, a collection of what brand owner Andre Farkas has described as being “the vehicle by which we will release experimental blends, shapes, mash ups, factory errors, etc. It’s a peek behind the factory curtain.” He added that it would include blends and shapes that would normally never get released under the main Viaje label.

It debuted in 2011 and has had a steady stream of releases, some of which have gone on to become standalone lines, such as the Stuffed Turkey and Hamaki.

The cigar is scheduled to begin shipping to all Viaje retailers on Jan. 13.

Update (Jan. 6, 2020)  — An earlier version of this article identified the cigar as the name of the cigar as Amouse Bouche based on the photo posted to social media. The company has clarified that the proper spelling is Amuse-bouche. The company also confirmed pricing and the number of cigars per bundle, which have been added to the article.

This story was originally published on Jan. 4.