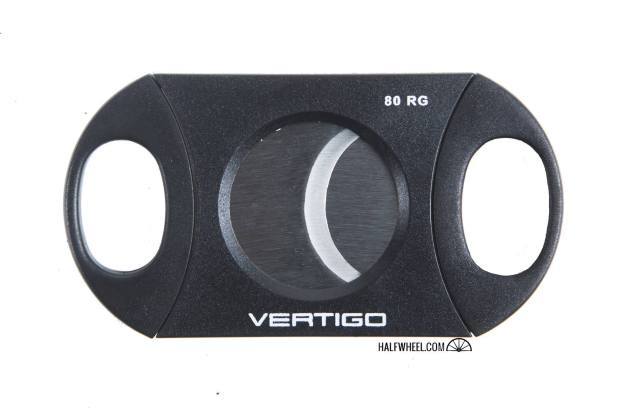 With the increase in the number of cigars flaunting larger and larger ring gauges, there is now a new need for cutters that can properly cut those cigars. Until recently, the options have been few and far between, and what has entered the market so far has largely been cutters priced north of $30. 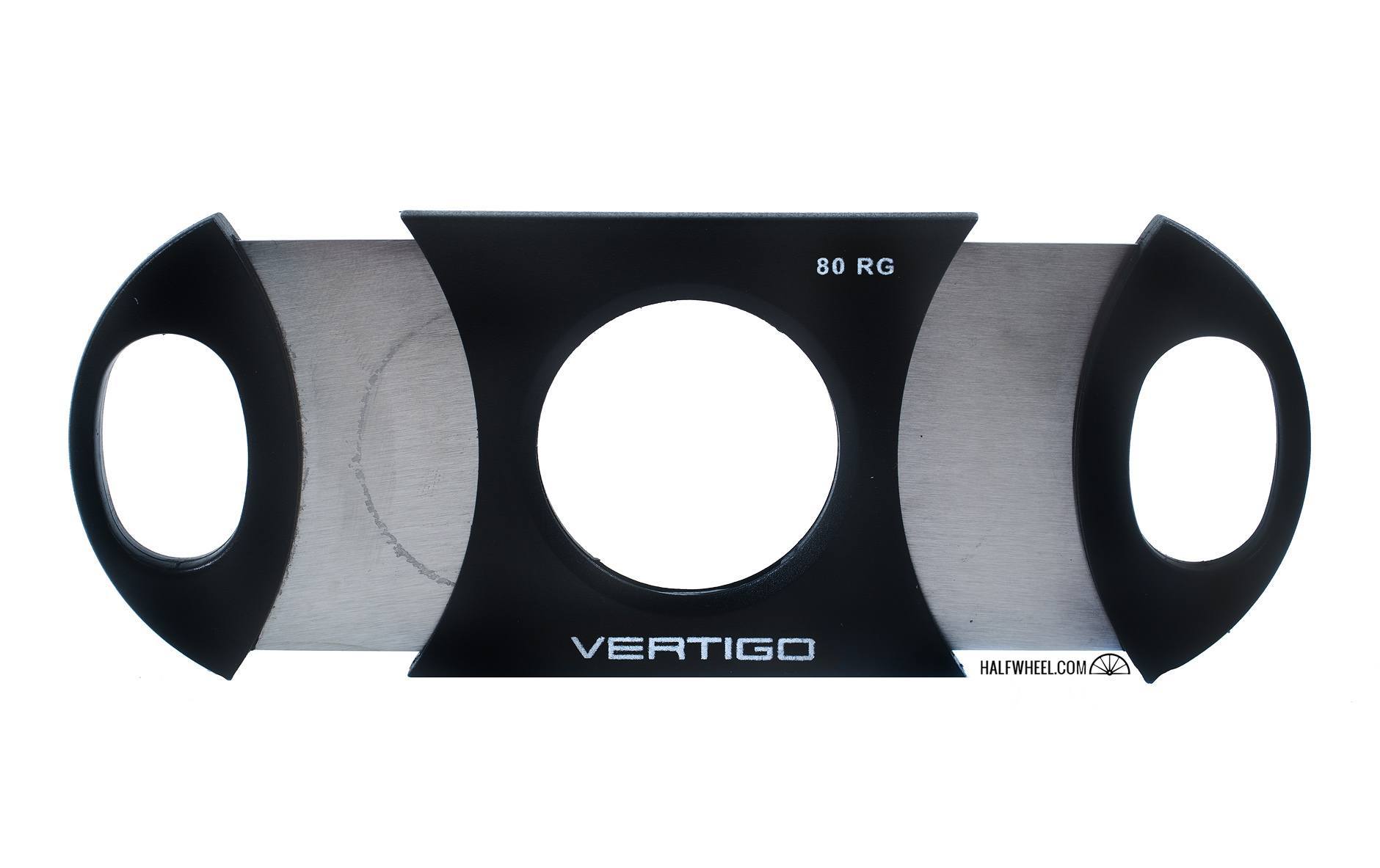 Enter the Vertigo VC800 “Big Daddy” cutter. Priced at $9.99 and built to handle cigars up to 80 ring gauge, the cutter is made of a combination of hard plastic and stainless steel. There is only one color option (black) and compared to a normal-sized cutter, the VC800 looks and feels massive in your hands at first, although the lightweight material it is made out of keeps the annoyance to a minimum.

The VC800 is a classic guillotine cutter, featuring both blade sections on either side that open and close, meeting in the middle to cut the cigar. When judging the actual use of the VC800, the cutting function is not bad overall, although there were points at which one or both of the sides stuck a bit, causing a less than smooth operation. The blades are fairly sharp, and they do cut cigars easily at first, but after more than a month of exclusive use where I cut about 40 cigars, they dulled noticeably, causing slight issues with tearing of the cap. In addition, both blades moving also makes cutting slightly more challenging than if one blade was stationary.

The exterior of the cutter is scratch-resistant and there were no problems with any physical damage, even after being carried in my pocket with keys and change.

Although the list price is $9.99, you can easily find them online priced at less than $5 each. This is a great price for the price-conscious, and cheap enough that if the cutter has problems or gets lost, it can be replaced with very little out of pocket expense. Given that value is a large selling point for the larger ring gauge cigars, this will likely help Vertigo out immensely as the other $5 guillotine cutters you are likely to find are laughable solutions to cutting big ring gauges. When speaking of competitors in the large ring gauge cutter market, you can’t mention 70+ ring gauge cutters without mentioning the  XIKAR X875, which cuts up to 75 ring gauge. Interestingly, while the XIKAR X875 says it only cuts to 75 ring gauge, the physical cutter is noticeably longer than the Vertigo, with substantially larger finger holes and blade opening. As for the performance, while they both cut well out of the box, the XIKAR is still cutting fine after months of use whereas I had issue with the Vertigo less than 50 cuts in. XIKAR’s option carries a warranty, something you would expect from a product at that price point, the Vertigo does not—something you would also expect from a product that is one-sixth the cost.

In addition, Credo has announced a version of its signature Synchro cutter named the XXL that will be able to cut 70 ring gauge cigars, although it does not seem to be available as of yet. There is also the Shuriken cigar cutter which can handle up to 70 ring gauge cigars, but it does not actually cut the caps off, but instead cuts slits into the cap, leaving it intact on the cigar. Finally, La Flor Dominicana has announced they will be releasing cigar scissors that use carbon fiber and surgical grade steel and that will be usable on cigars of all ring gauges. It’s expected that we will not see the scissors until next year. 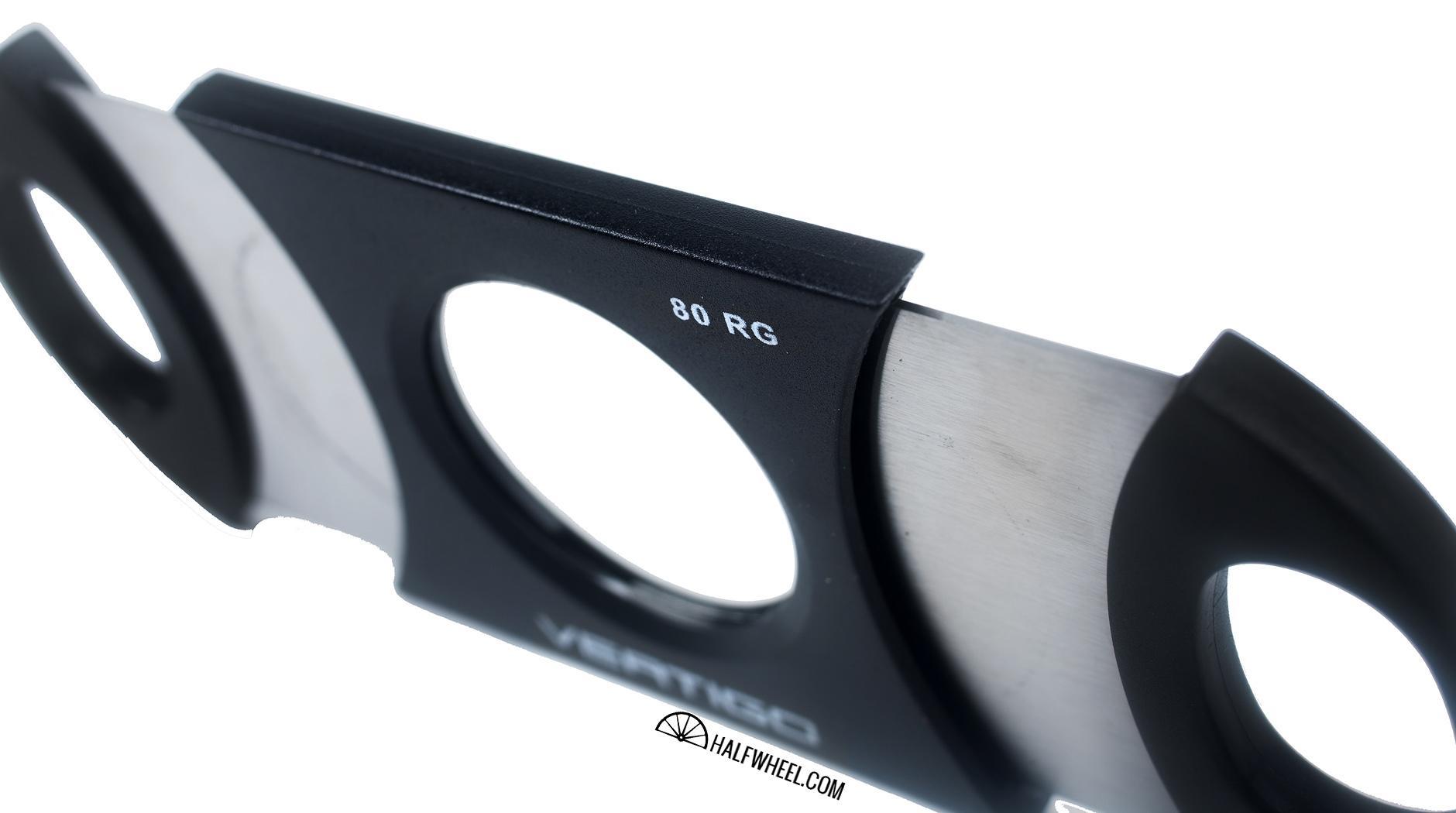 Overall, the VC800 is a bit of mixed bag. While the cost to quality ratio is off the charts and the larger physical size makes it easier to cut cigars with any ring gauge, the functionality of the cutter is not as smooth as I would like and the blades dulled noticeably after about five weeks of use, although even after that it still cuts fairly well. Due to the low cost and the ease of replacement, I will probably purchase a few of them to travel with, as I always seem to misplace cutters on the road, and they are not expensive enough for anyone to steal if you throw them in luggage. Having said all of that, even with its shortcomings, the Big Daddy is an easy choice to recommend for people who are looking for a decent cutter at a great price, just don’t expect it to last very long before it develops issues.