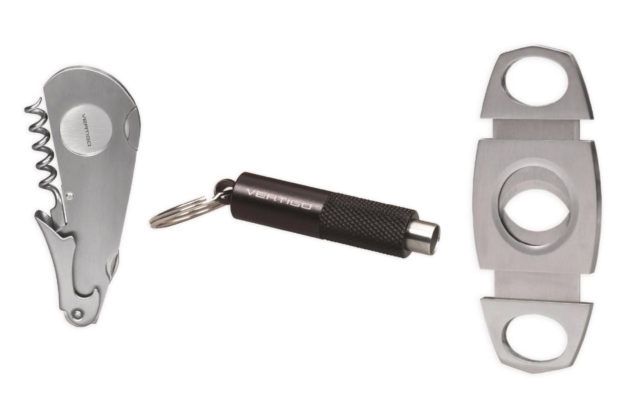 The Lotus Group/Integral Logistics has announced plans for three new cutters to be added to its Vertigo brand at next month’s IPCPR Convention & Trade Show.

The most interesting of the trio is the Vertigo Cigar Buddy, a combination 56 ring gauge cigar cutter, wine corkscrew, bottle opener and knife all-in-one product. The Vertigo Iron Man is an all-metal cigar cutter than can handle up to a 70 ring gauge cigar by way of a double guillotine cutting action. The Vertigo Iron Man retails for $9.99 and will begin shipping in September.

For fans of a punch cutter, the Vertigo Striker is an 8mm retractable cigar punch with solid metal construction and a keychain attachment.

It sells for $14.99 and is available in black, gunmetal, and chrome.