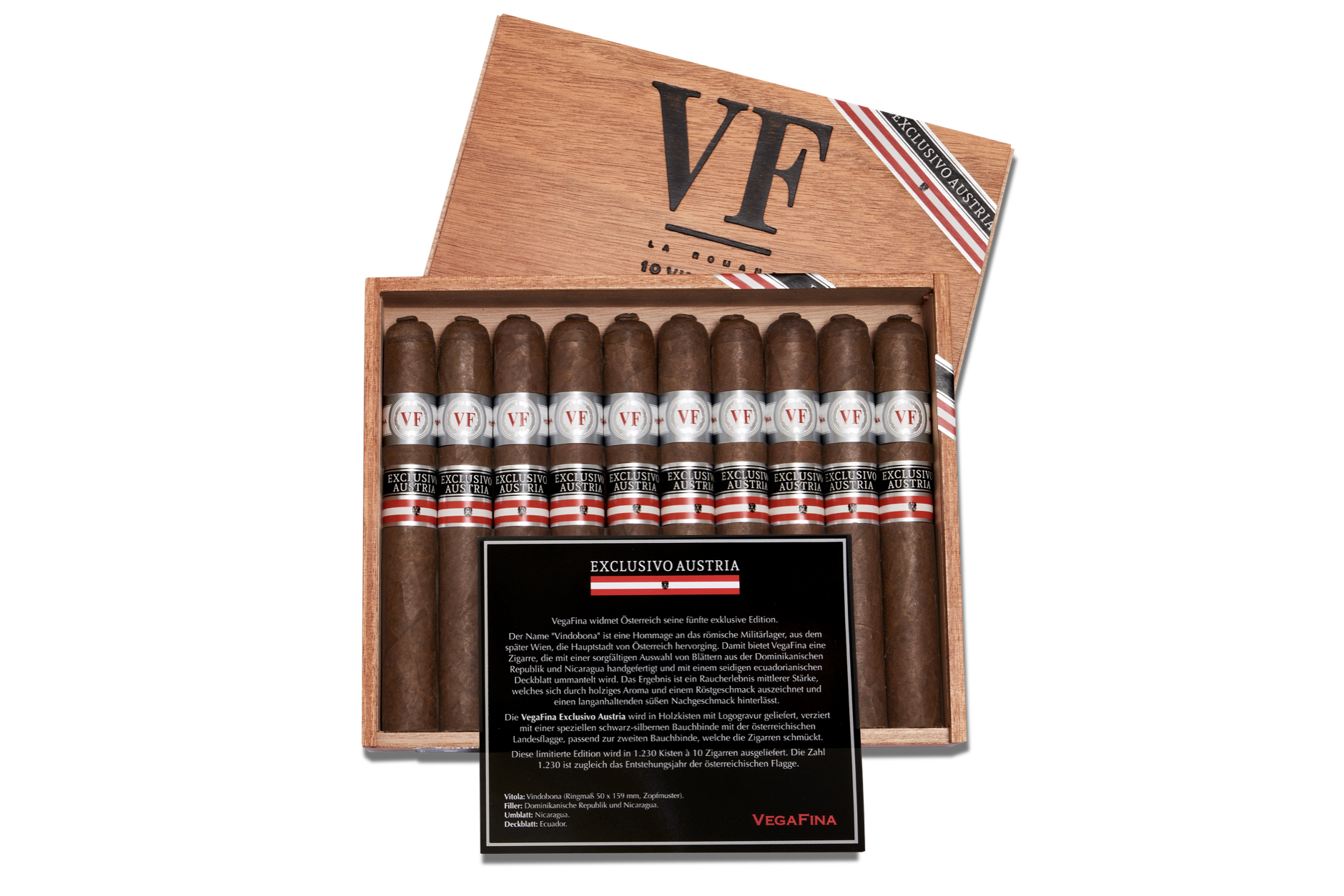 Retailers in Austria have begun selling a new VegaFina made just for the country.

The VegaFina Vindobona Exclusivo Austria is a 6 1/4 x 50 toro with a pigtail cap. It uses an Ecuadorian wrapper over a Nicaraguan binder and Dominican and Nicaraguan fillers. As the name implies, it is being sold only in Austria and has secondary bands that are made to mimic the country’s flag. The Vindobona part of the name is a reference to the Roman military camp that later became Vienna, the country’s capital.

Production is limited to 1,230 numbered boxes of 10 cigars, which went on sale this week.

Austria is the latest in a growing number of countries that have received exclusives from VegaFina; the brand has also made exclusives for the Benelux region (Belgium, Netherlands and Luxembourg), the Dominican Republic, Germany and Portugal.