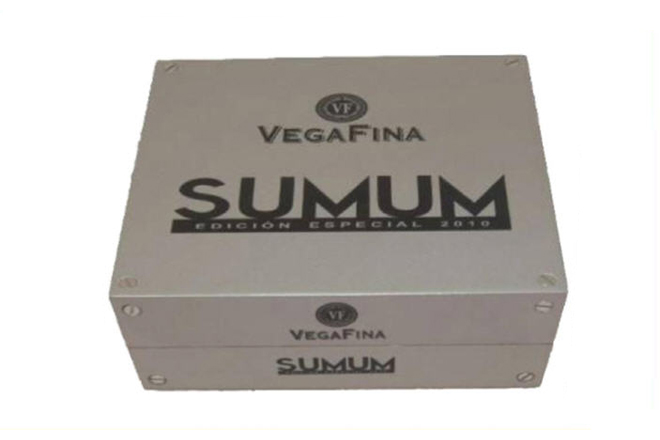 Atladis U.S.A. is expanding the once-limited VegaFina Sumum Edicion Especial 2010 to include three sizes. The company has announced that in addition to the original 5 x 54 size, a toro and 6 x 60 will be added to the line and the cigars will begin shipping this month.

The Sumum was introduced in 2012, using tobaccos from 2010, as a way to reinvigorate the VegaFina brand to the U.S. market.

Altadis U.S.A. says the blend is composed of three-year-old fillers from the Dominican Republic, Nicaragua and Peru, a three-year-old Dominican binder from Santa Domingo and a two-year-old Cuban-seed wrapper grown in Ecuador. This is consistent with the details disclosed for the original release.