In December 2015, Altadis U.S.A. introduced a new line in its VegaFina brand that incorporated all Nicaraguan tobacco. The appropriately named VegaFina Nicaragua was launched in three different vitolas packaged in 25-count boxes, all of which are rolled at at Altadis’s Tabacalera de García in the Dominican Republic.

Fast forward to September, when Altadis S.A., the European division of the premium cigars, announced a new limited edition addition to the VegaFina Nicaragua at the 2017 InterTabac Trade Fair that would be sold in international markets, but would not be offered to the U.S.

In terms of blend, the VegaFina Nicaragua Wide Edición Especial features the same Nicaraguan Habana 2000 wrapper from Jalapa covering a sect binder leaf from Jalapa and filler tobaccos made up of ligero and seco from Jalapa with viso from Estelí.

Unlike the regular production versions of the Nicaraguan puro, the Wide Edición Especial was aged for four years before being released.

There are now five different vitolas in the VegaFina Nicaragua line. 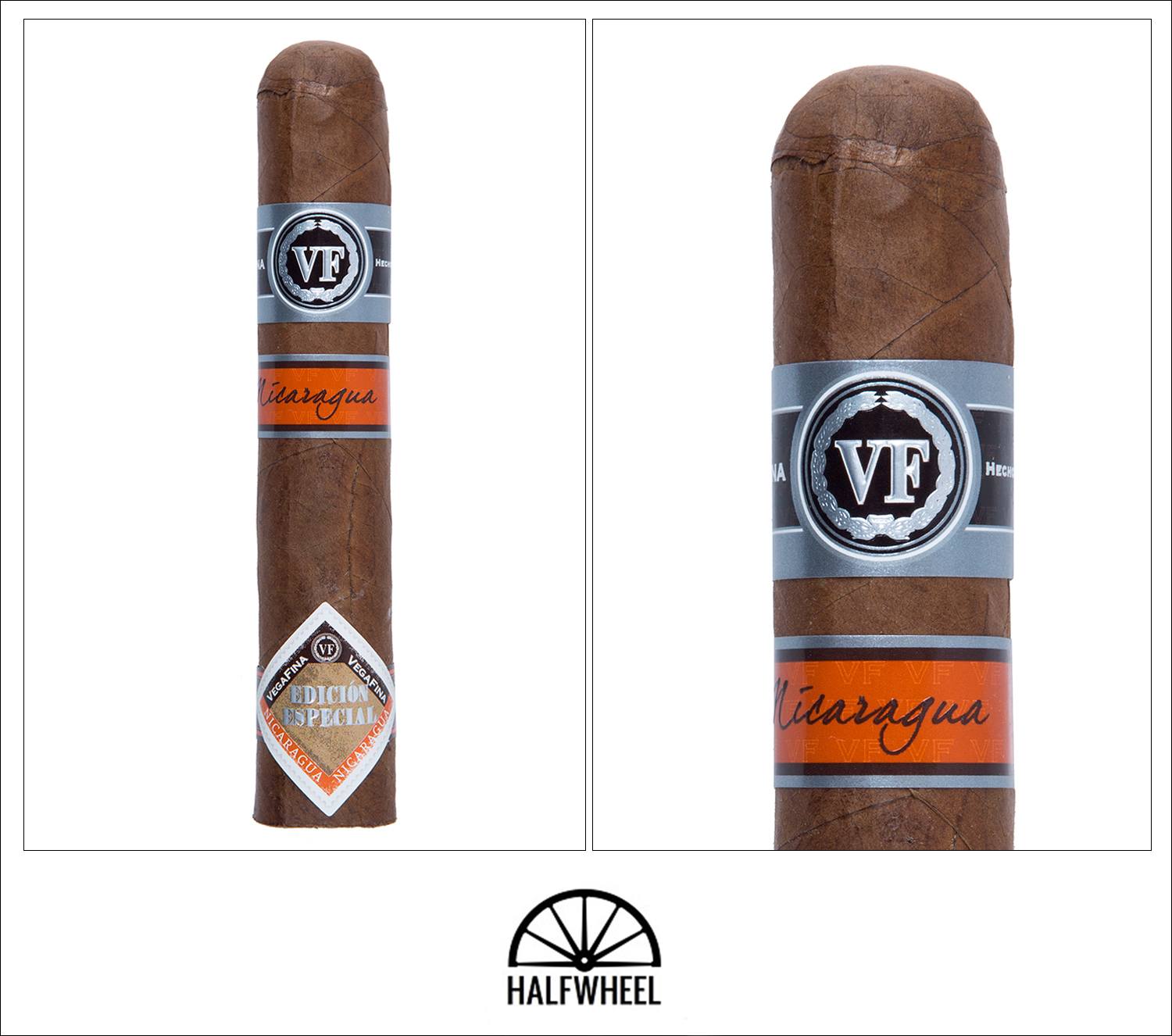 The VegaFina Nicaragua Wide Edición Especial is visually distinctive, with a combination of smooth, milk chocolate brown wrapper, three bands—one of them a diamond— and a number of prominent veins. There is a noticeable oval shape to the cigar that is particularly obvious on the foot, and the VegaFina is quite hard when squeezed. Aroma from the wrapper is a combination of earth, sweet oak, rum, leather, hay and manure, while the cold draw brings flavors of creamy oak, bourbon, nuts, leather, hay and slight black pepper.

Starting out the VegaFina Nicaragua Wide Edición Especial features a dominant creamy peanut note, interspersed with flavors of espresso beans, hay, leather, dark cocoa and oak. There is some black pepper on the retrohale, but not enough to even come close to being overwhelming, and just a touch of spice on the palate. I pick up some very nice brown sugar sweetness as well, but it comes and goes, and is not a major player in the profile as of yet. Construction-wise, the burn is a bit wavy, but not enough to worry about, while the draw is excellent and the smoke production is well above average. The strength starts out quite light, but ramps up quickly, easily hitting a point close to medium by the time the first third comes to an end. 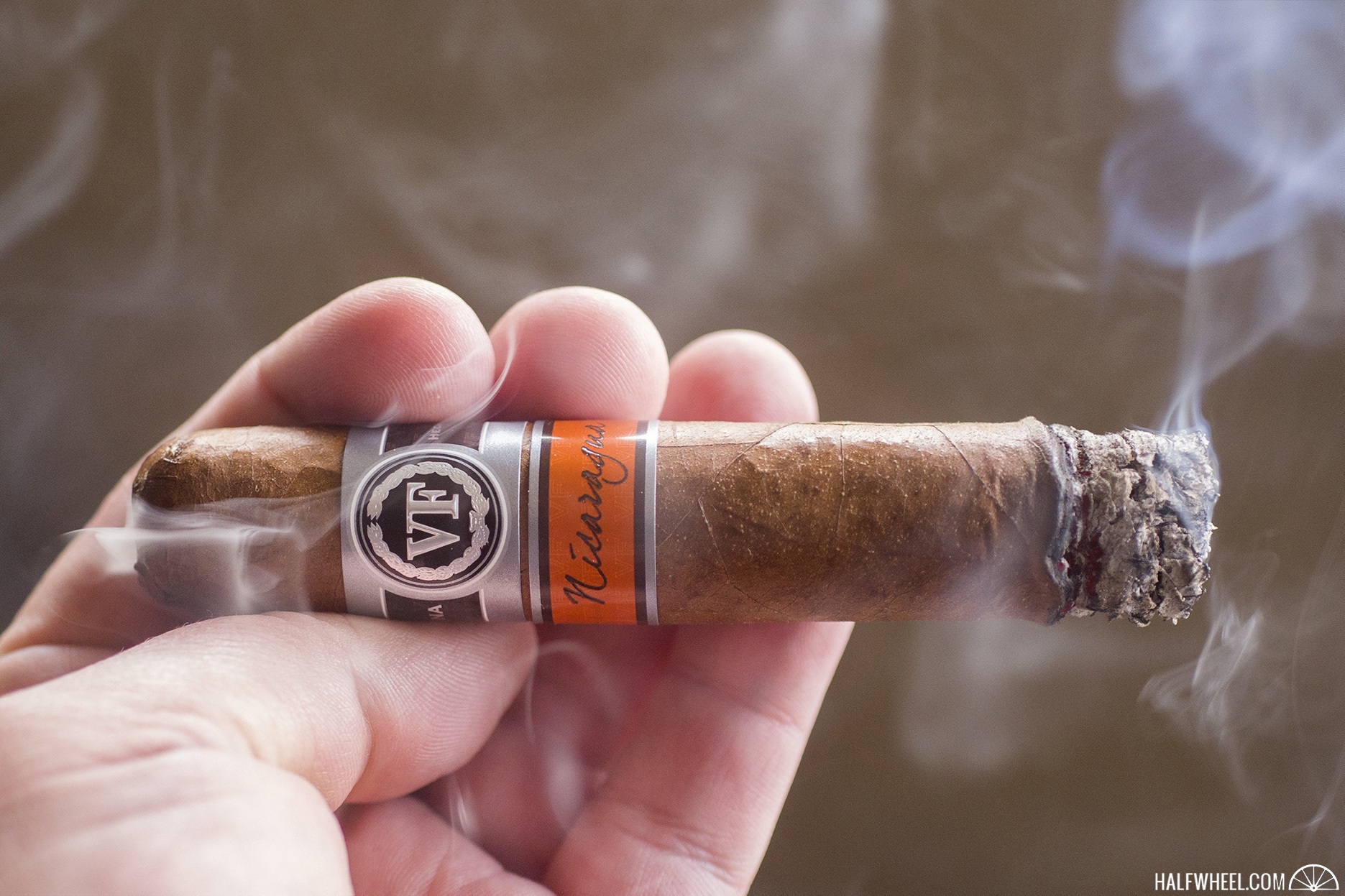 Although I notice a tiny amount of green pepper note on the finish coming into the second third of the Wide Edición Especial, the dominant flavor remains the same creamy peanut, followed by cinnamon, wheat, cloves, cocoa powder and lemongrass. The brown sugar sweetness has become quite a bit more obvious on retrohale, and seems to only be getting stronger. The burn has evened up nicely and the draw remains excellent, while the smoke production shows no signs of letting up any time soon. The strength easily hits the medium mark as the second third ends. 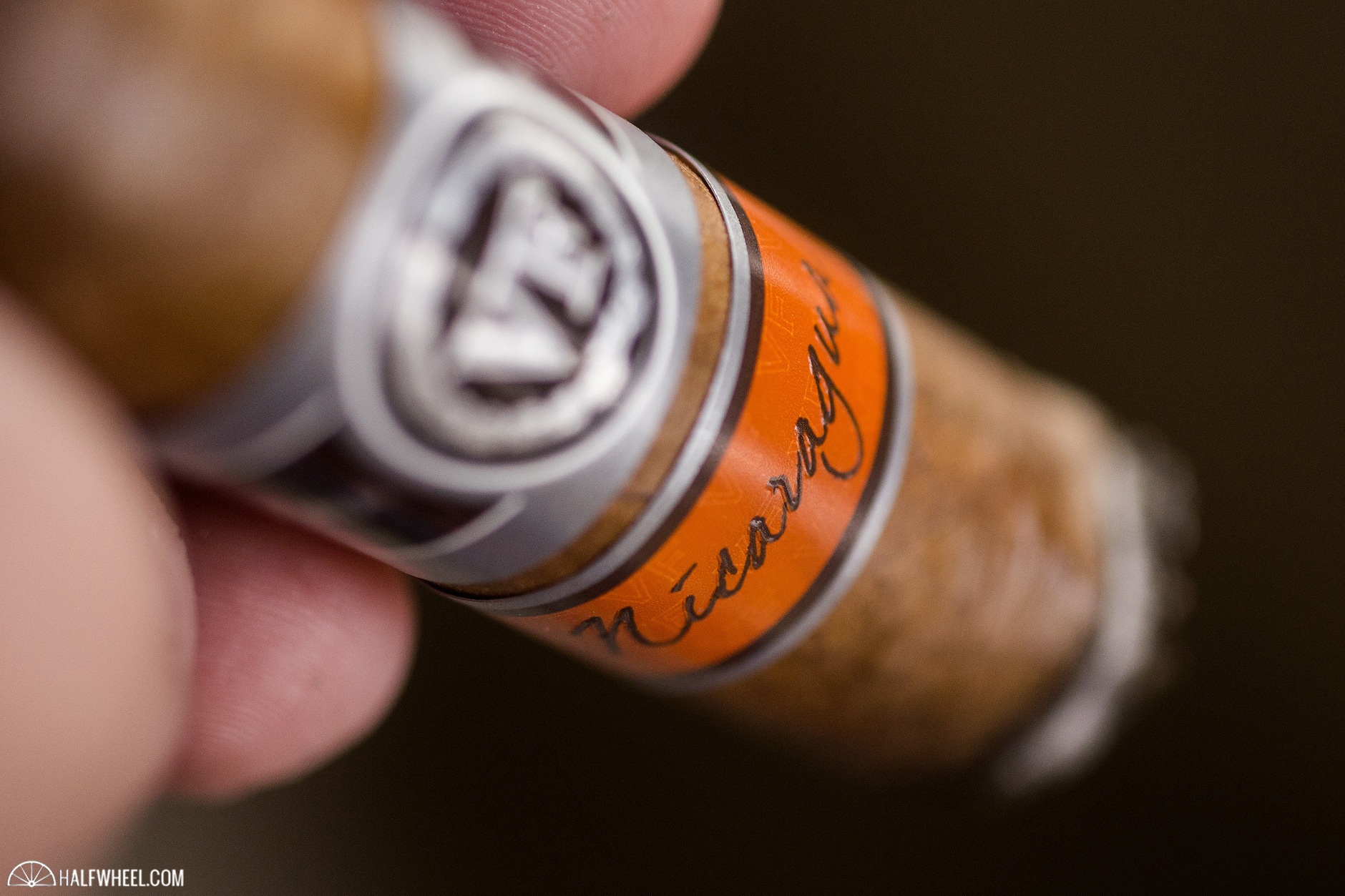 The profile Nicaragua Wide Edition Especial’s final third features no surprises at all with the same creamy peanut note as the dominant flavor, followed by some strong creamed corn, bitter espresso, barley, cinnamon, bread and black pepper on the retrohale. The brown sugar sweetness continues to be very noticeable on the retrohale as well and there is actually a bit more spice on my tongue as well. Construction also holds no surprises and continues to impress, while the smoke production actually increases sightly. The overall strength does make it past the medium mark, but just barely, and ends up staying put there until I put the nub down with a bit more than an inch to go. 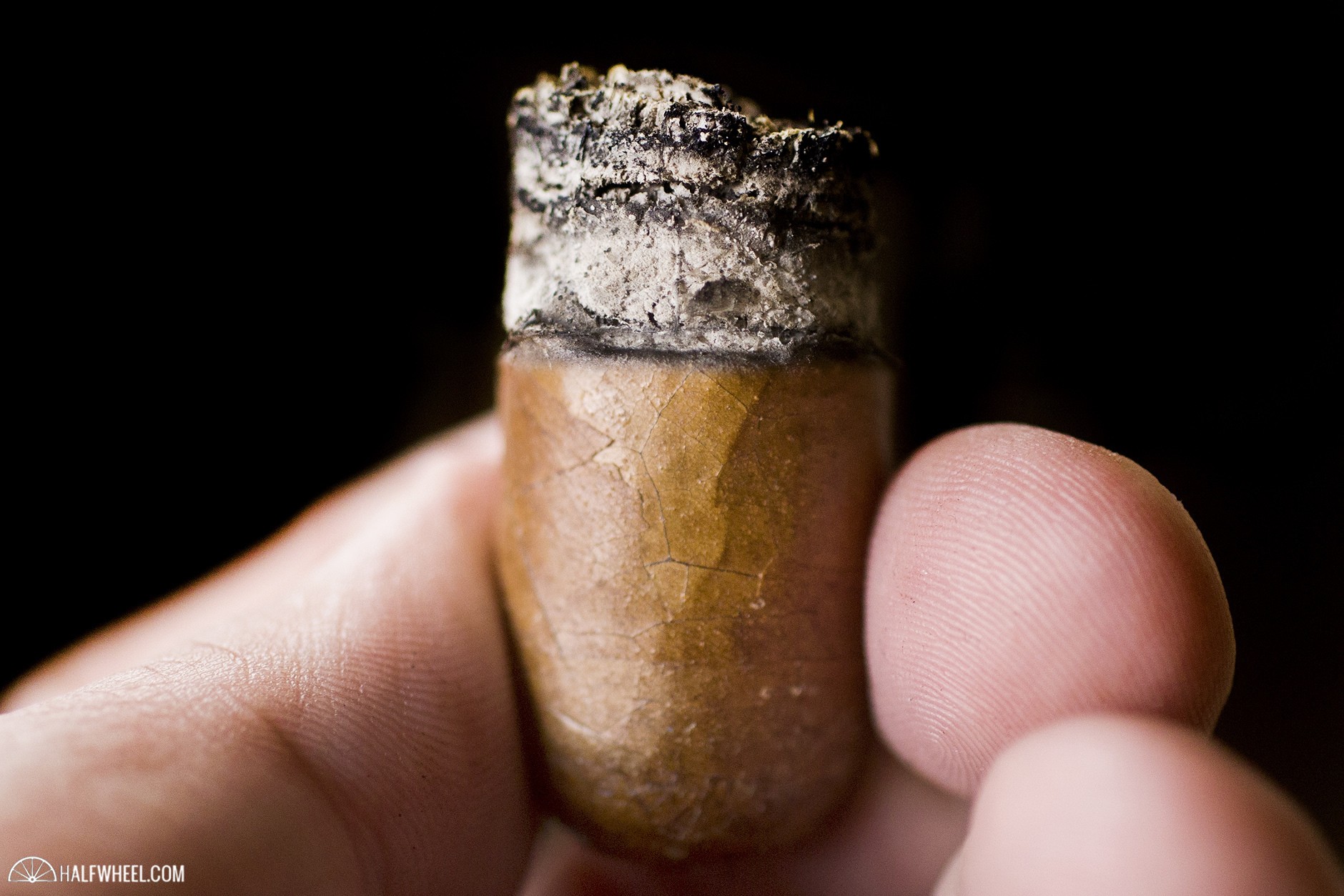 This review is a tale of two samples: one of the VegaFina Nicaragua Wide Edición Especials I smoked was wonderful, with a rich brown sugar sweetness, not-too-aggressive black pepper on the retrohale and a dominant creamy peanut note that combined well with the rest of the flavors that were present. Unfortunately, the other sample was less distinct and had significantly less sweetness, which made it less enjoyable overall. While one cigar I smoked I was unimpressive—which brought down the overall score—at its best the VegaFina Nicaragua Wide Edición Especial is a very good cigar that I can recommend trying, if you don't mind putting in the effort needed to track one down.