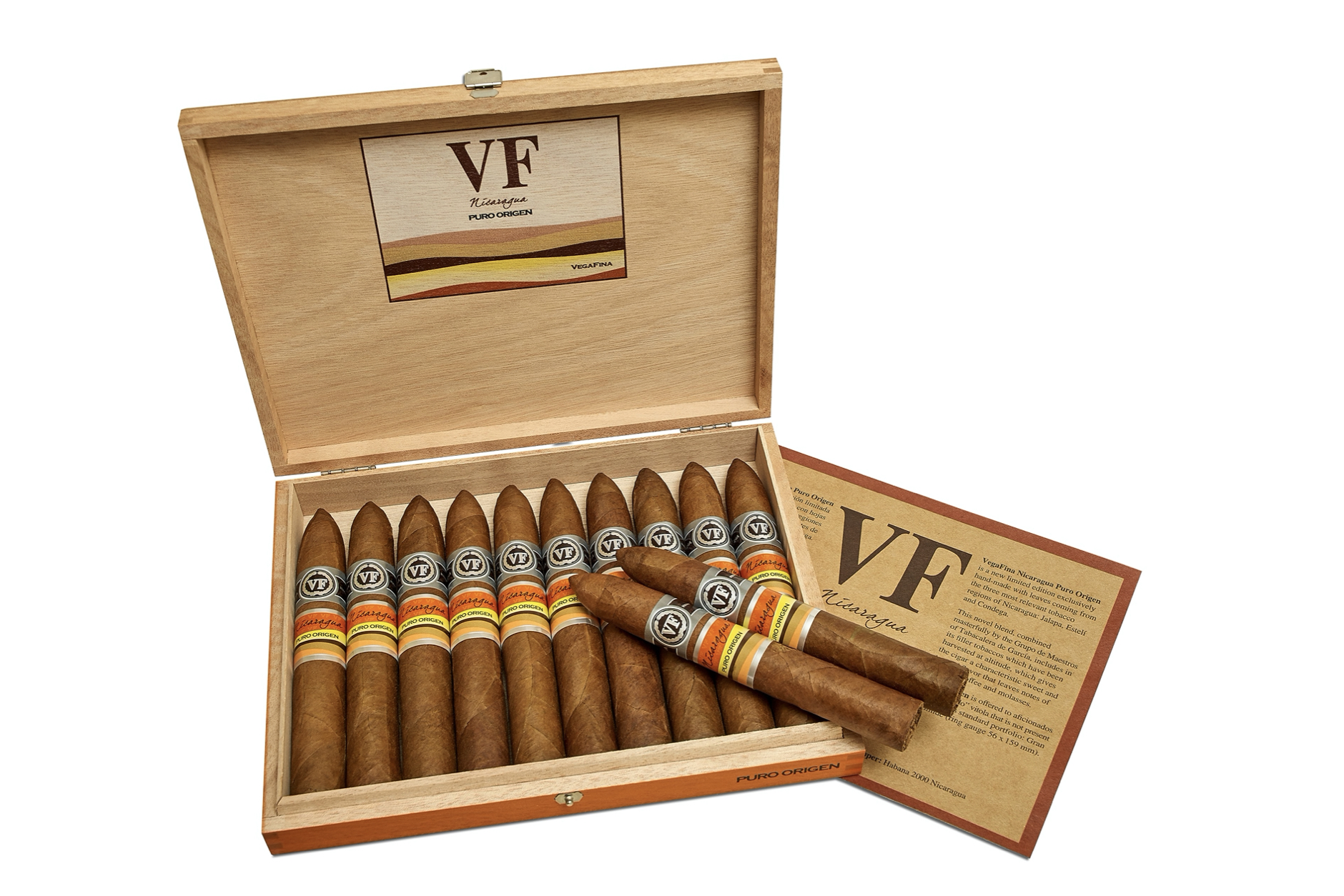 The latest VegaFina is off to stores in select markets, none of which are the U.S.

VegaFina Nicaragua Puro Origen is a 6 1/4 x 54 belicoso extra made entirely of Nicaraguan tobaccos. The company says that it uses tobacco from Nicaragua’s three main growing areas—Condega, Estelí and Jalapa—and that the filler tobaccos were harvested “at altitude.” The wrapper is habano 2000.

VegaFina is part of Imperial Brands, plc, the same company that owns Altadis U.S.A. and JR Cigar. Most VegaFinas are not sold in the U.S.