Last year, VegaFina released a cigar to commemorate its 20th anniversary aptly named Gran Reserva 20 Aniversario. That cigar was a a 5 3/4 x 54 vitola that incorporated an Ecuadorian habano wrapper, a Nicaraguan binder and filler tobaccos from both the Dominican Republic and Nicaragua.

Fans of the brand might have done a bit of a double take when they saw the details of the subject of today’s review named the Gran Reserve 2019, a 5 3/4 x 52 double robusto limited edition that shipped to retailers in April. While the name and the vitola are very similar—all the way down to the pigtail on top of the cap—the blend is a bit different on paper, consisting of an Ecuadorian habano wrapper covering a Nicaraguan habano binder and two fillers: piloto from the Dominican Republic and Nicaraguan habano. 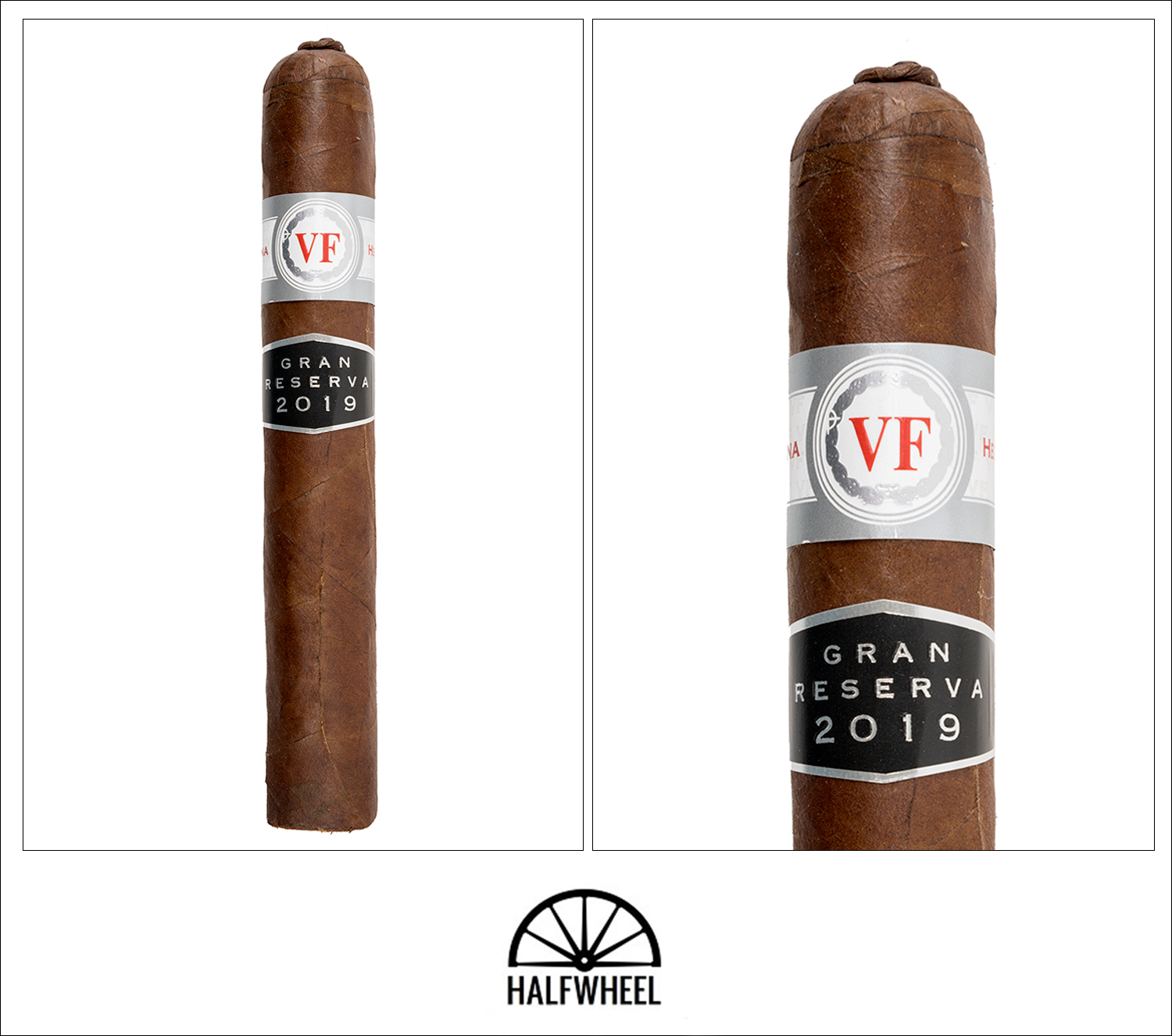 Visually, the VegaFina Gran Reserve 2019 is a gorgeous cigar, with an amazing espresso brown wrapper that is both smooth to the touch and slick with oil. There is a very slight box press visible and the cigar is extremely spongy when squeezed, and the pigtail on the cap looks to be expertly applied. The aroma from the wrapper is a combination of almond paste, plum sweetness, leather, earth, manure and black pepper, while the cold draw is full of roasted peanuts, popcorn, hay, coffee grounds, vanilla sweetness and black pepper.

The first third of the VegaFina Gran Reserve 2019 starts out with a very distinct combination of freshly roasted espresso beans and dank earth as the dominant flavors, followed by notes of salted nuts, dark chocolate, leather and a slight metallic note that comes and goes. While the retrohale is full of both hay and black pepper, the finish is dominated by a plum sweetness that seems to be getting stronger as the first third burns down and there is a bit of spice on my tongue as well. Construction-wise, the VegaFina features an excellent draw after a simple straight cut, but the burn becomes problematic almost out of the gate, forcing me to touch it up once. Although the overall strength jumps forward from the mild mark almost immediately, it ultimately fails to reach the medium mark by the time the first third ends. 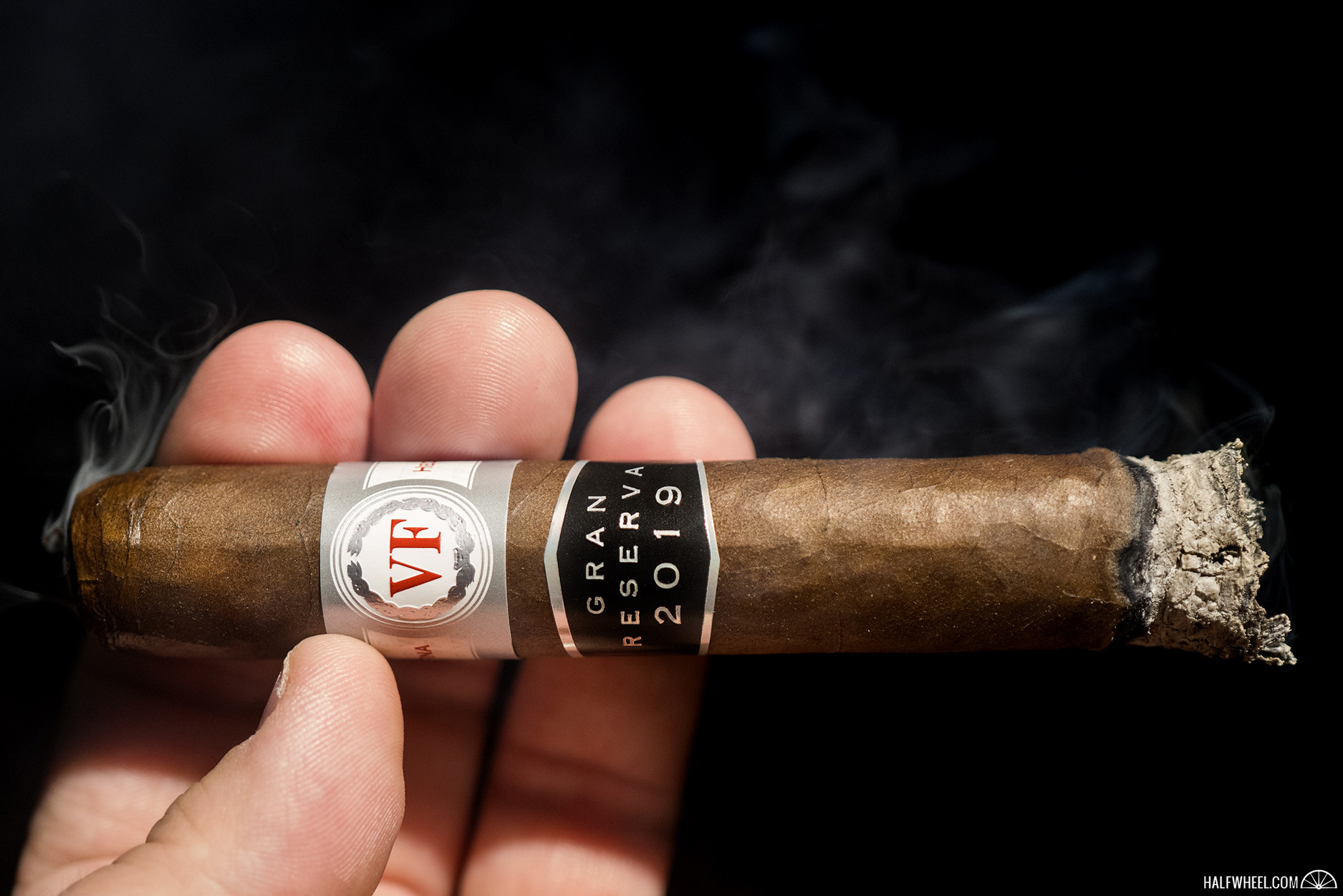 While the roasted espresso beans and dank earth combination continue to dominate the palate during the second third of the Gran Reserve 2019, the plum sweetness from the first third increases enough to easily take over the finish, adding a significant amount of complexity to the profile. Other notes of creamy peanuts, leather, black licorice, yeast, tree bark and a slight floral note flit in and out, and although the spice on my tongue from the first third has disappeared totally, the black pepper on the retrohale has stayed about the same. In terms of construction, the draw continues to impress while the burn has evened up nicely, not needing any more attention to stay on the straight and narrow. Strength-wise, the VegaFina easily increases enough to hit a solid medium by the time the second third comes to an end and does not seem to be finished in that regard. 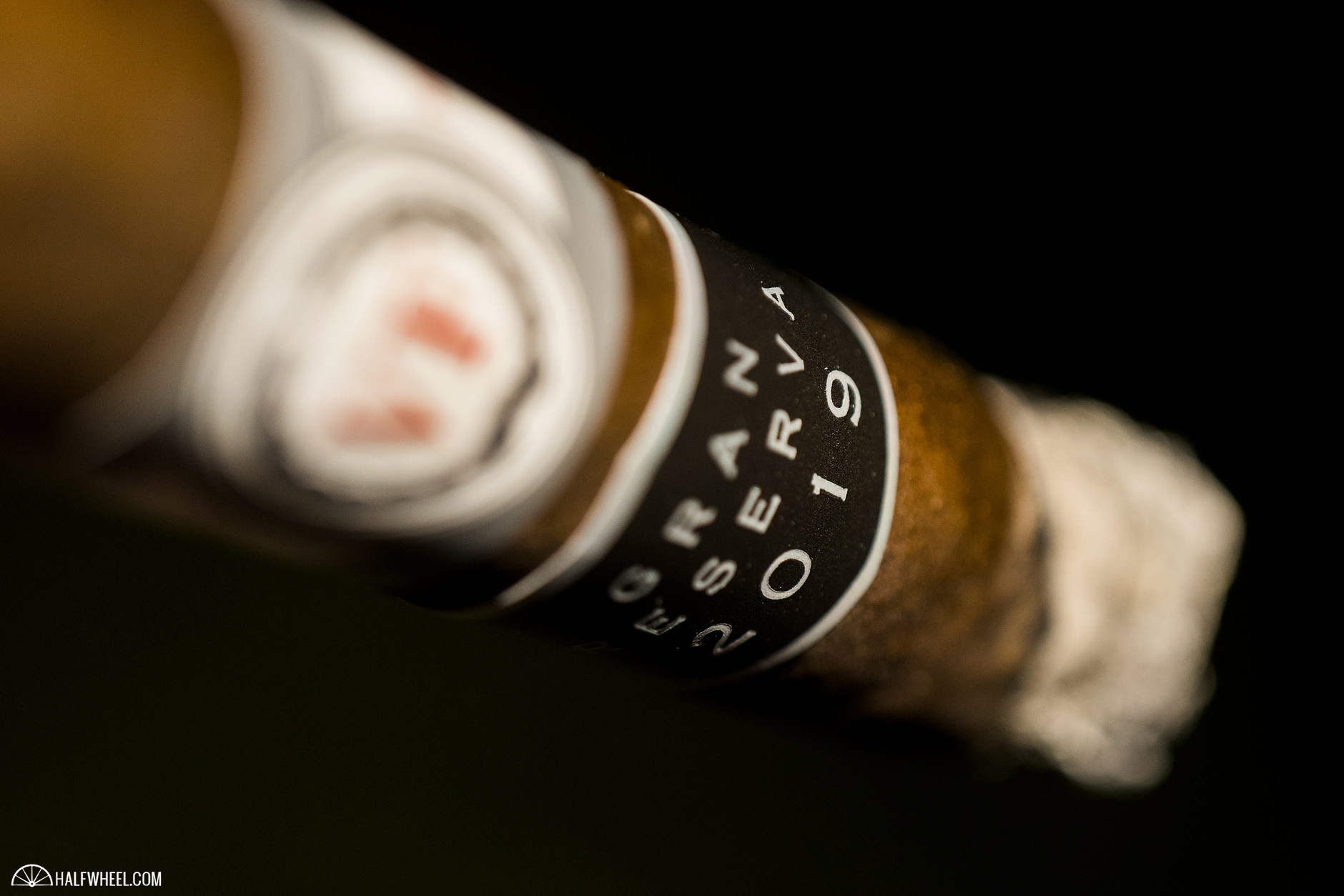 A virtual carbon copy of the second third awaits me in the final third of the VegaFina Gran Reserve 2019—at least in terms of the flavors in the profile—with roasted espresso beans and dank earth dominating the palate, followed by flavors of hay, roasted peanuts, yeast, floral and leather. In addition, the black pepper on the retrohale remains fairly constant, as does the plum sweetness that is so distinct on the finish. Even the burn and draw continue to give me no issues, and the smoke production is about the same as well. However, the one major change is the strength, which easily blasts through the medium mark, ending up just short of full by the time I put the nub of the Gran Reserve 2019 down with a bit less than an inch left. 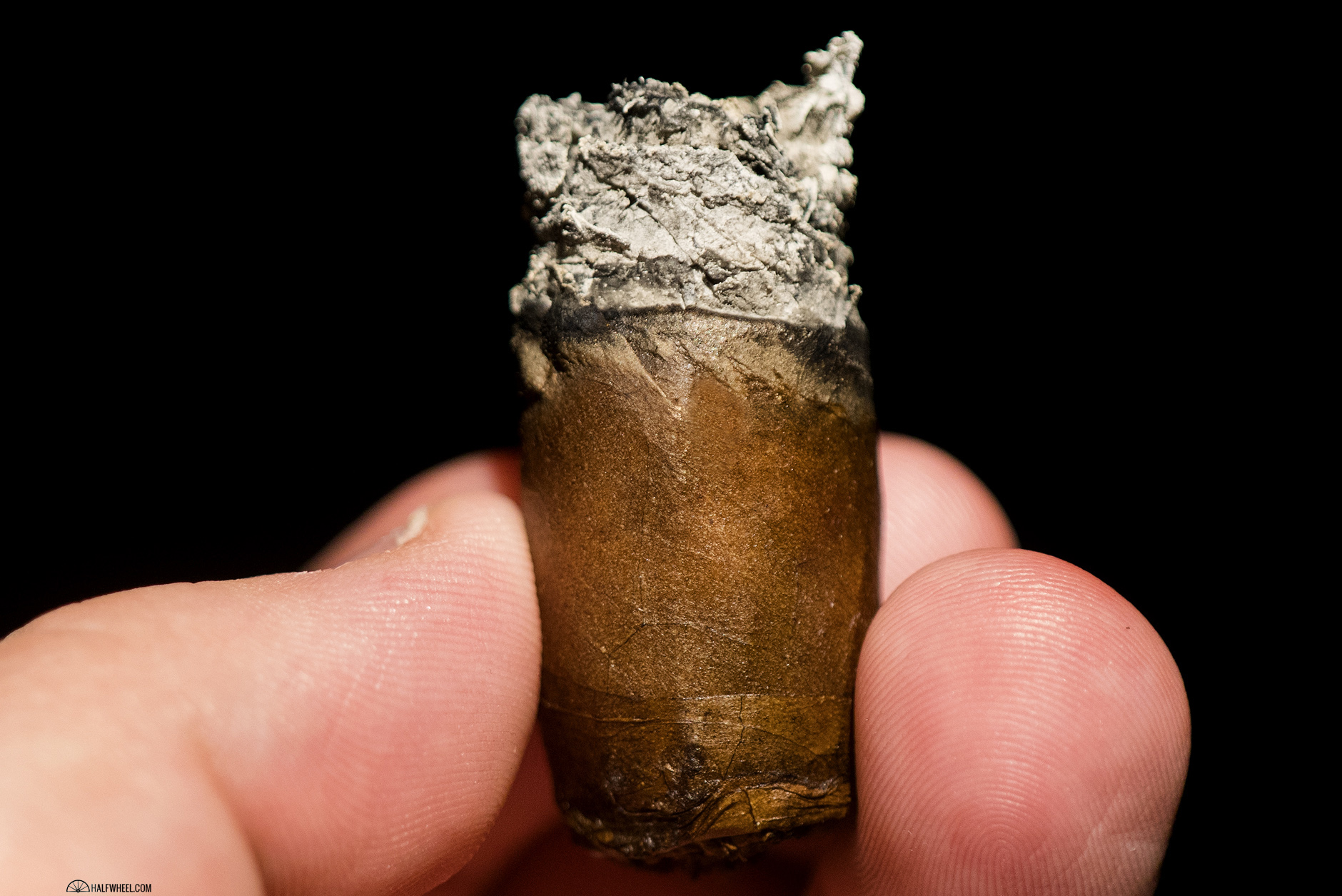 While I did not have either construction problems or the significant consistency issues that Charlie experienced with the Gran Reserva 20 Aniversario, there were obvious differences between the three samples I smoked, most noticeably with the amount—and nature—of the pepper in each, with one cigar featuring a red pepper note as opposed to black pepper. Having said that, there were a number of similarities as well, including freshly roasted espresso beans and dank earth flavors that dominated the palate and a very interesting plum sweetness that ebbed and flowed throughout each cigar. The red pepper that showed up in one of the cigars really bumped up the complexity of the overall profile, and while I do wish that it was present in all three cigars I smoked, even at its worst the VegaFina Gran Reserve 2019 is a worthy addition to the company’s lineup.