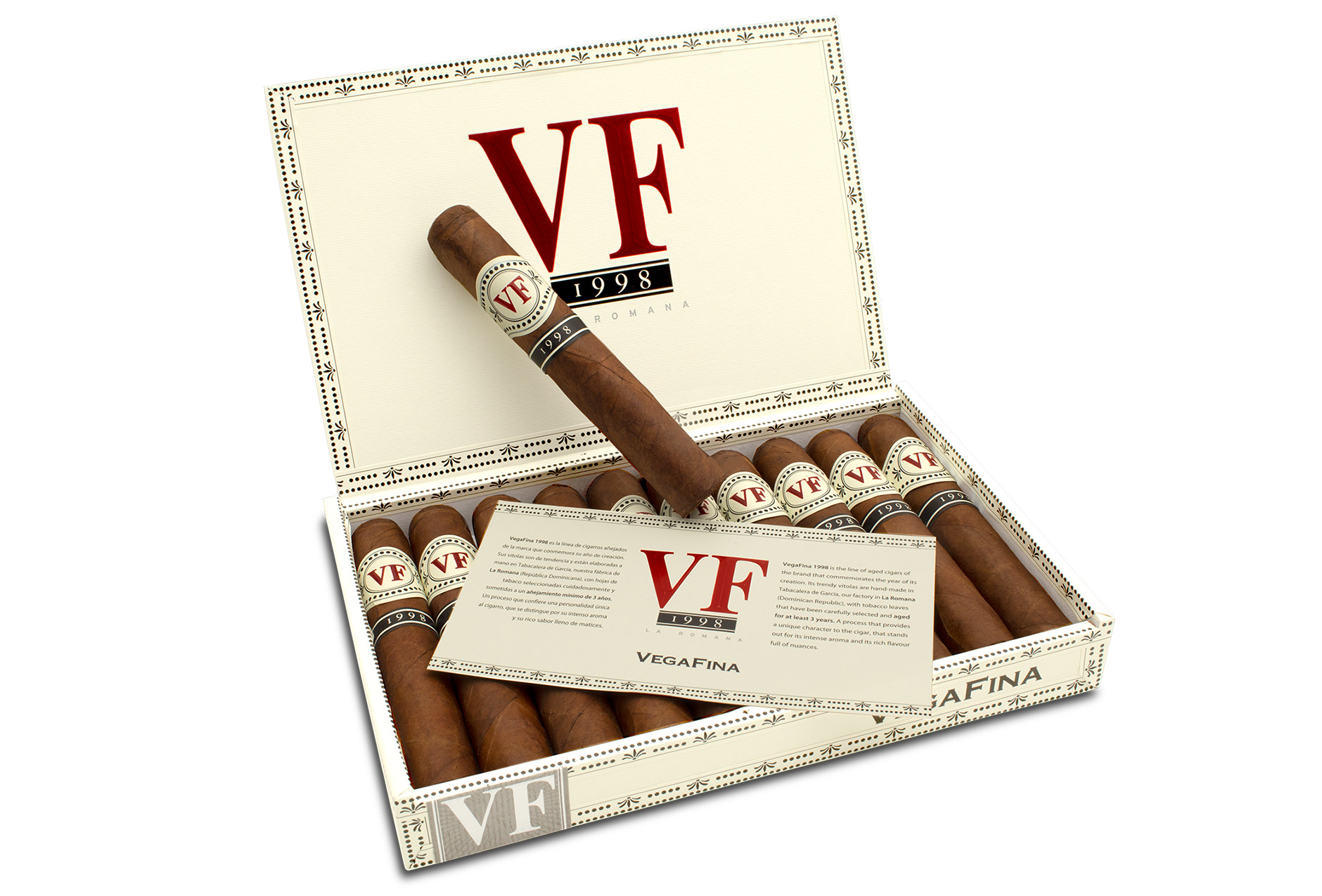 The VegaFina 1998, a cigar named for the brand’s debut year,  is slated to make its stateside release this fall after previously being a European exclusive.

The cigar’s blend is described as a medium-bodied profile made up of an Ecuadorian HVA wrapper, Indonesian Java binder, and filler tobaccos from the Dominican Republic, Nicaragua, and Colombia, with the tobaccos said to be aged for at least four years. It will be available in three sizes, all offered in 10-count boxes:

Production for the cigar is being handled by Tabacalera de Garcia in La Romana, Dominican Republic. Pricing is between $8.60 and $9.60 per cigar, before taxes.

While Tabacalera USA has not formally announced the cigar, news of its pending release was made via Cigar Aficionado, with which the company appears to have an exclusivity agreement. An email to Rafael Nodal, the head of product capability for Tabacalera USA, seeking comment about the cigar or the accuracy of the report has not yet been returned.

Update (July 25, 2020) — Nodal replied to the email, saying that a formal announcement was forthcoming on Monday. He did not confirm the accuracy of the Cigar Aficionado story.

Update (July 27, 2020) — Altadis U.S.A. issued a press release about the line, with details added to the story. It also corrected errors in the original source information, specifically the length of the VF 52 and VF 54.