Vector-KGM has begun shipping a trio of sizable single-flame torch lighters, the Aztech, Boom and Epic. 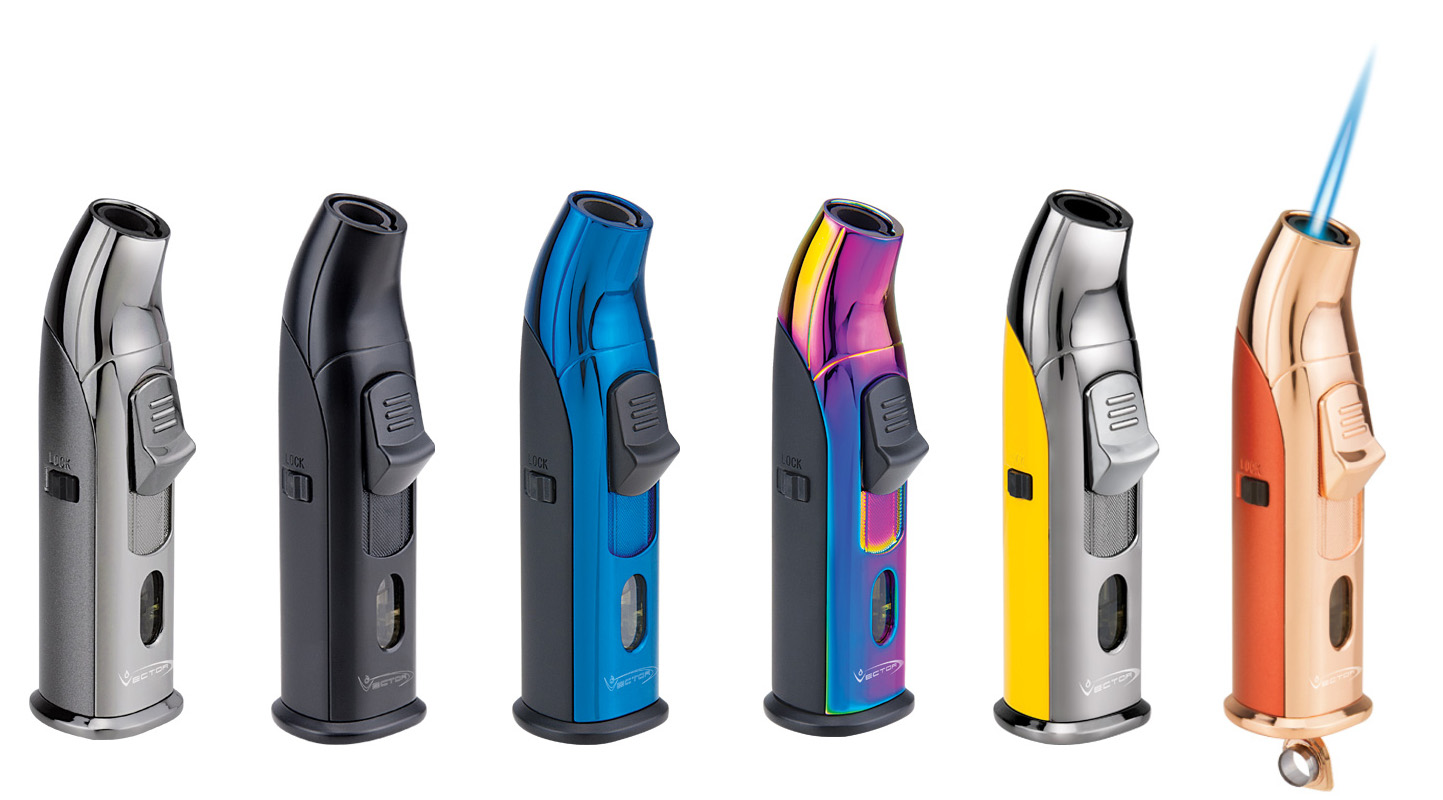 The Aztech measures just under four inches tall and just over an inch wide and deep and features a flame that the company says will work at up to 20,000 feet above sea level. Its body is curved so as to slightly angle the flame back towards the user, while offering a single action, slide down ignition and a flame lock button on the left side of the body, as well as a visible fuel tank and a fold out cigar punch cutter on the base. it is available in six color combinations: gray matter with sparkle black, copper gold matte with polished rose gold, black rubber matte with anodized black, black rubber matte with sparkle blue, yellow lacquer with sparkle black, and black rubber with matte prism, all of which retail for $35. 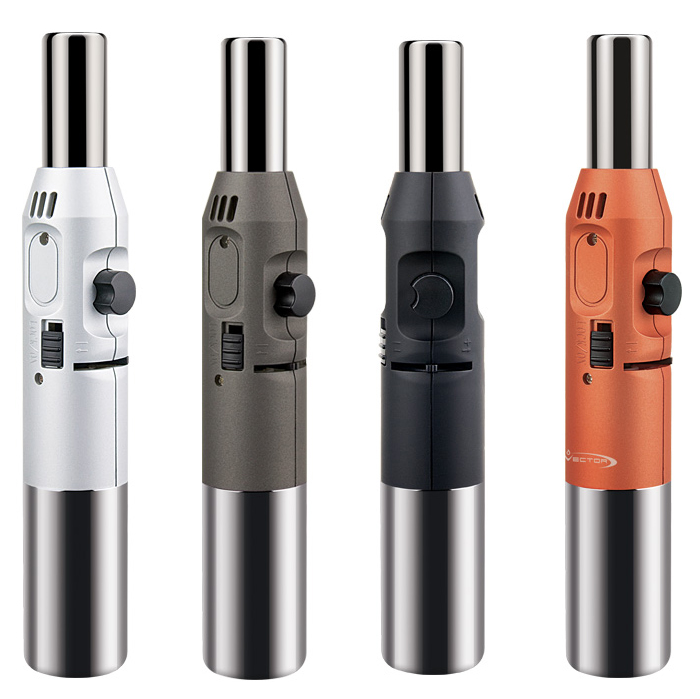 The Epic looks like the handle of a lightsaber, but it’s pure cigar-lighting fire that comes out of the top. The single flame lighter is offered a gunmetal base with four color options for the handle, black rubber matte, silver rubber matte, gray rubber matte and copper gold rubber matte. Each model features a push-button ignition, flame lock button and flame height adjuster, and is guaranteed to work at up to 12,000 feet above seal level while cranking out temperatures up to 2,600 degrees Fahrenheit, or 1,427 degrees Celsius. The Epic retails for $35 and is offered in a bonus pack that comes with a 107ml can of Vector butane. 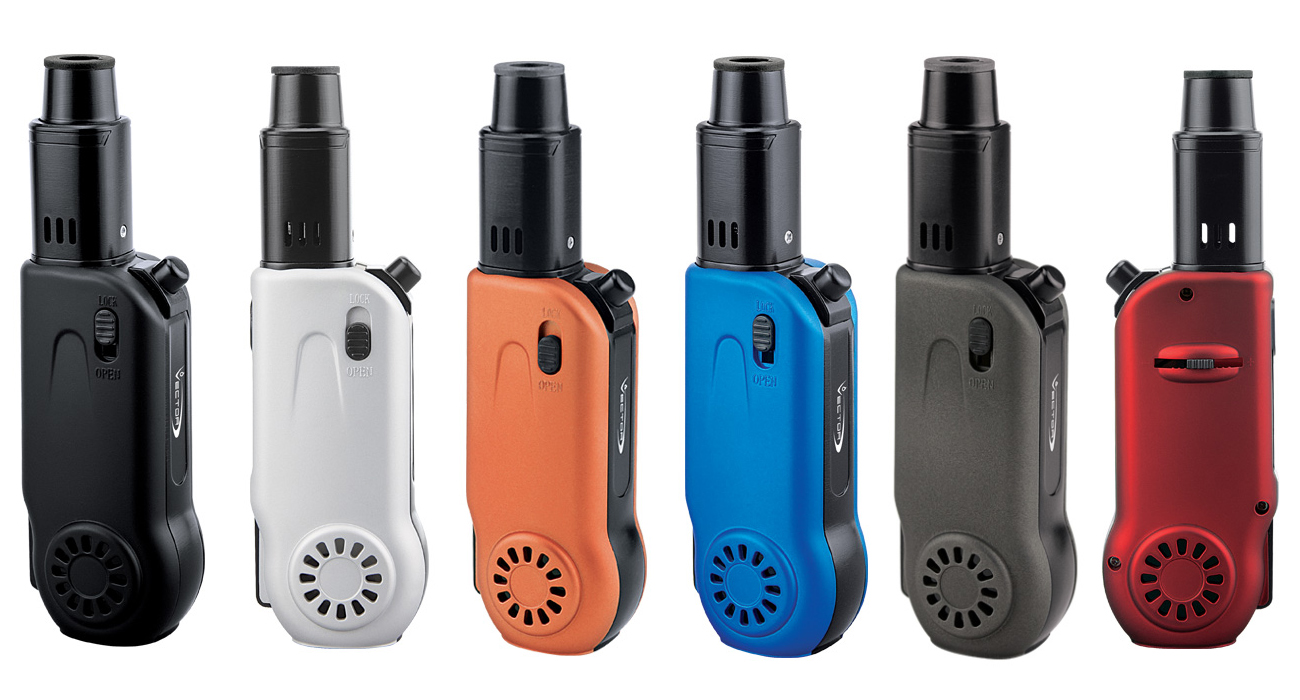