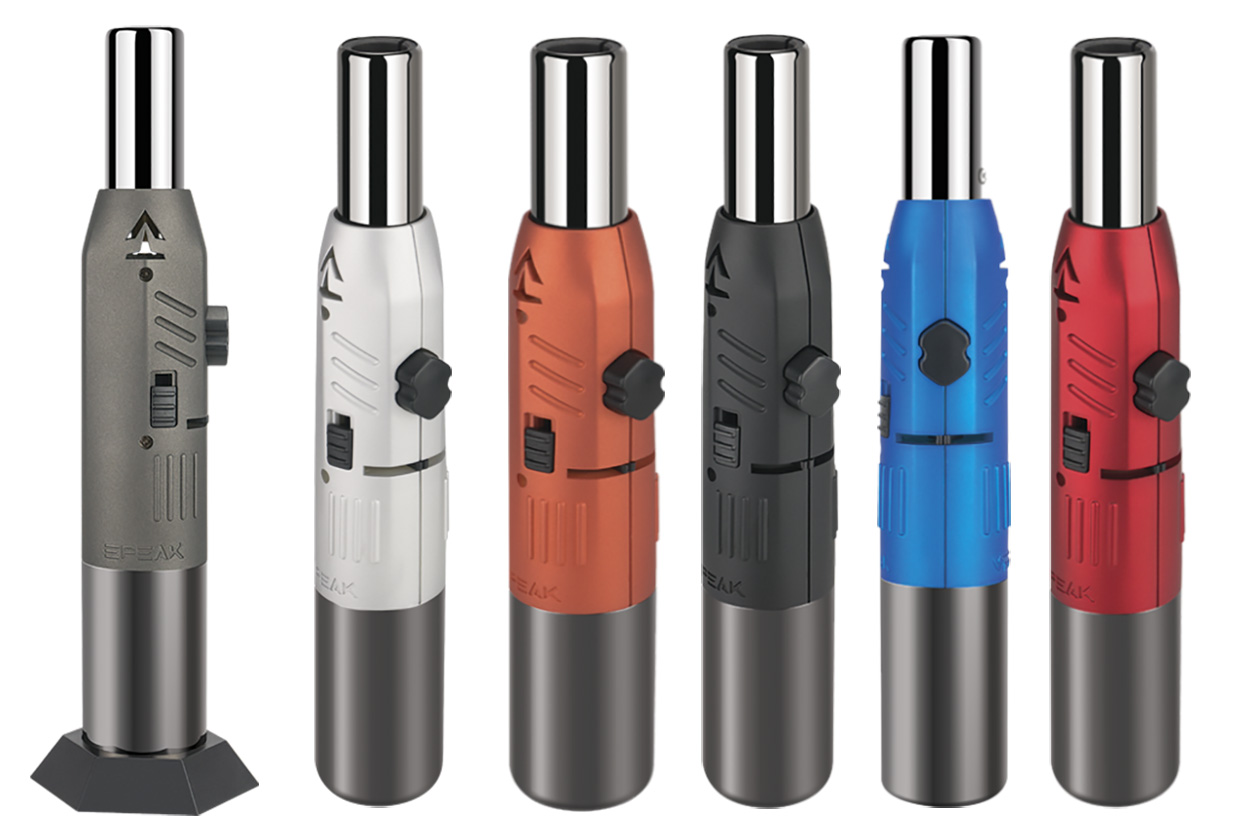 The EPEAK, a new single flame torch lighter from Vector-KGM, is on its way to retailers.

Designed as “the next evolutionary step” of the Vector Epic that was released in Feb. 2019 and since discontinued, the EPEAK has a cylindrical body style with a push button ignition. It also features a flame adjustment lever and flame lock button that allows the lighter to stay burning without the ignition needing to be pressed. For additional functionality, the EPEAK comes with a detachable base stand.

The EPEAK is available in six color options for the central matte rubber piece: gray, silver, copper gold, black, blue and red, each with an MSRP of $35.