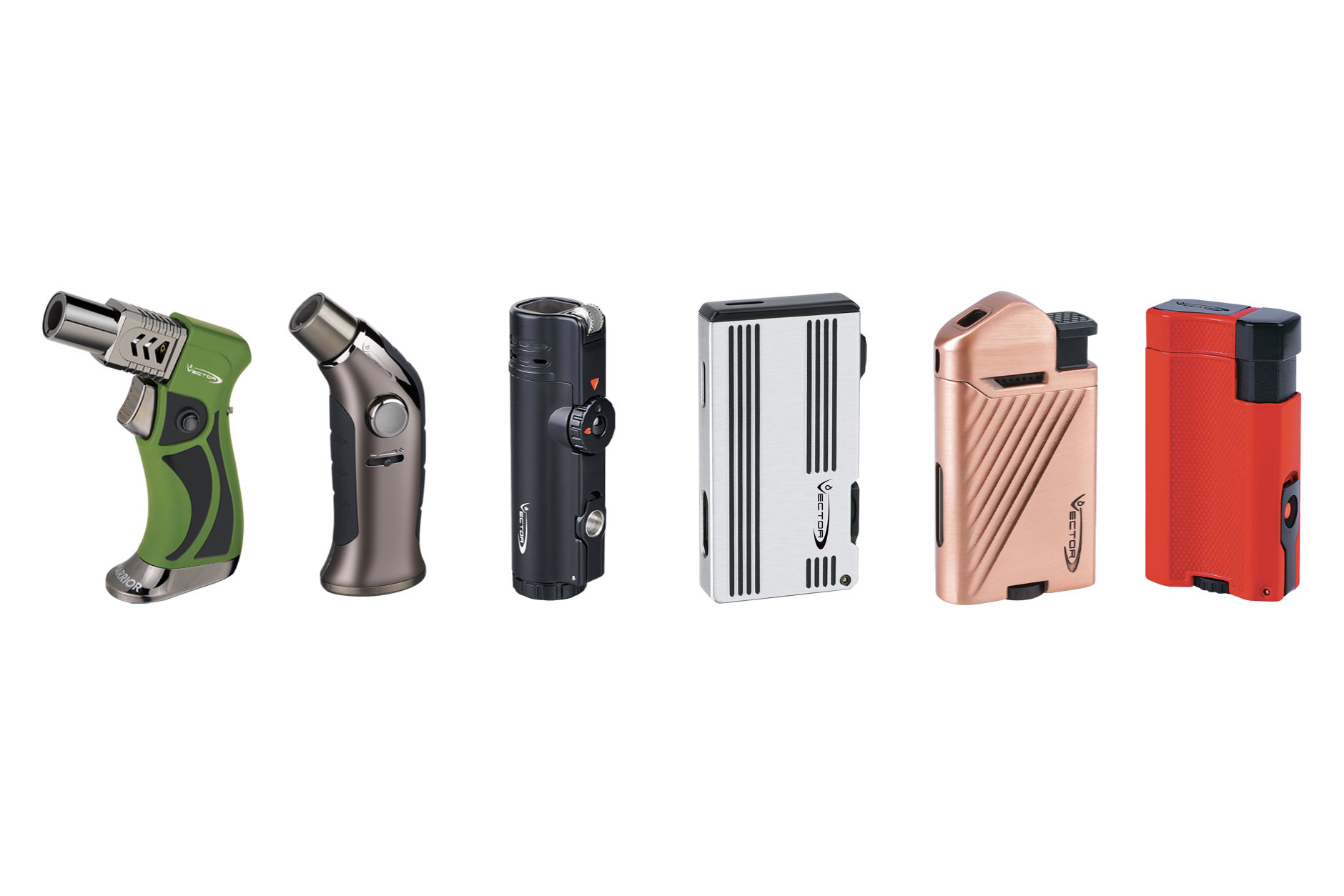 Just in time for the holidays, Vector-KGM has announced that it has begun shipping six new lighter models. All are offered in six colors, though not the same colors, and each uses a torch flame that is rated to work at altitudes up to 12,000 feet, though the styles of torch flames are different between the models.

For those looking for a modern-looking lighter, the Vector Defiance should check a lot of boxes. It features a rectangular design, a flat flame, side-button ignition, a flip-out punch cutter, and a clear fuel window.

There are six colors offered, each with an MSRP of $45.

The Vector Fiercer has an angled, single-flame torch that is activated via a push-button ignition. It’s also has a clear fuel window and large adjustment wheel at the bottom. 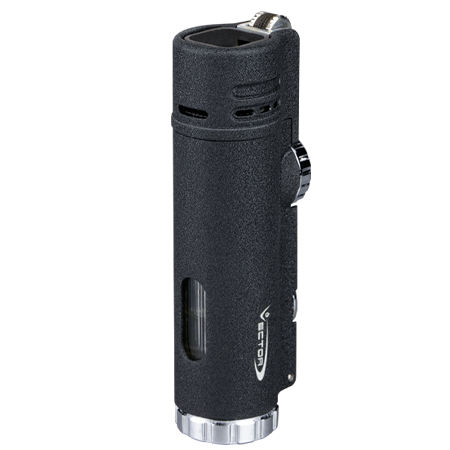 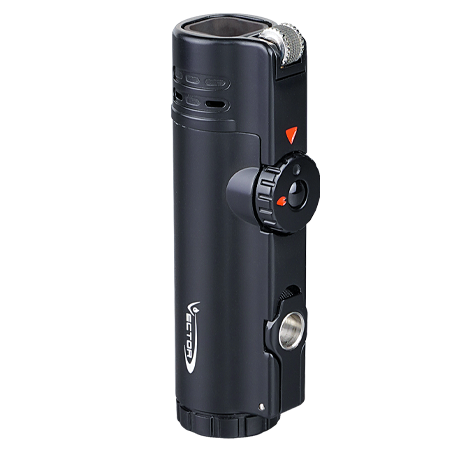 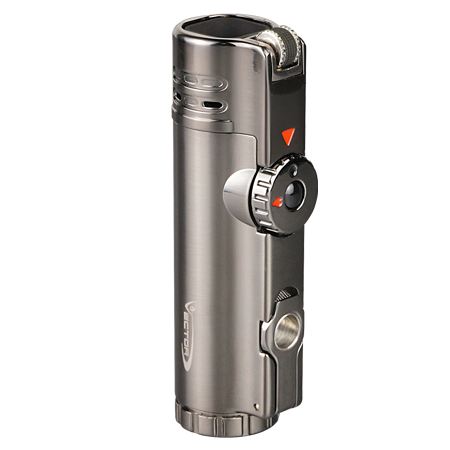 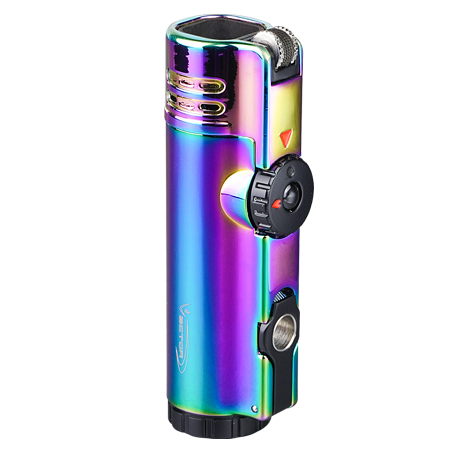 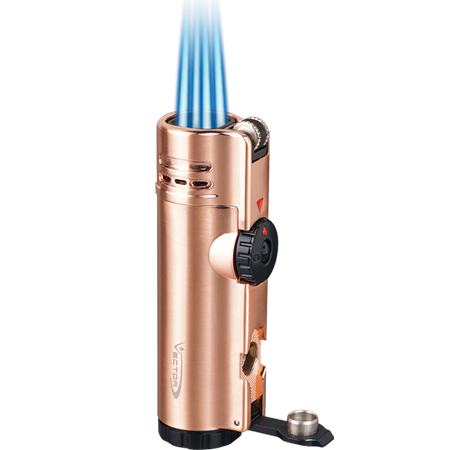 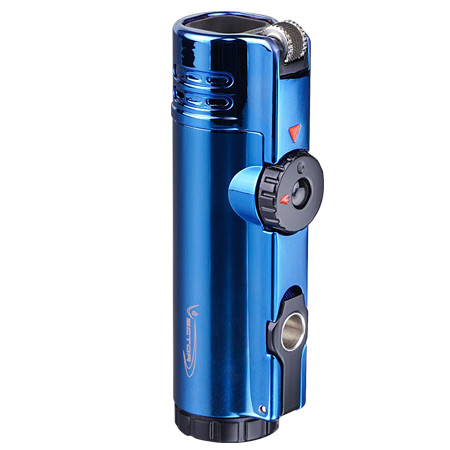 The Vector Warcraft is one of the more unique lighters in the company’s portfolio. It’s a quadruple-flame lighter that uses a flint wheel to ignite. Unlike most torch lighters, which use a piezo ignition, the flint wheel is similar to soft-flame lighters like a Bic. The Warcraft features a knob to turn on the flame, meaning that once the lighter is ignited there’s no need to continue to hold down a button to keep the butane flowing.

In addition, the lighter also features a fold-out punch cutter and a clear fuel window.

There are six Vector Warcraft colors offered, each priced at $49.95.

The Vector Vmotion is a new entry to a small category of lighters that are also designed to serve as a cigar rest. In this case, part of the body has a concave channel that is designed to hold a cigar while smoking. In addition, the lighter has two-angled torch flames, a built-in punch cutter, fuel window, and large adjustment knob.

It is available in six colors and has an MSRP of $45. 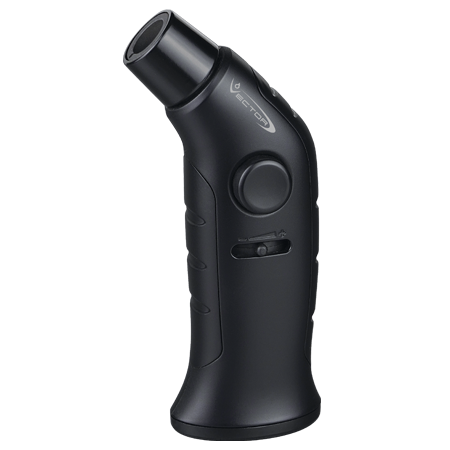 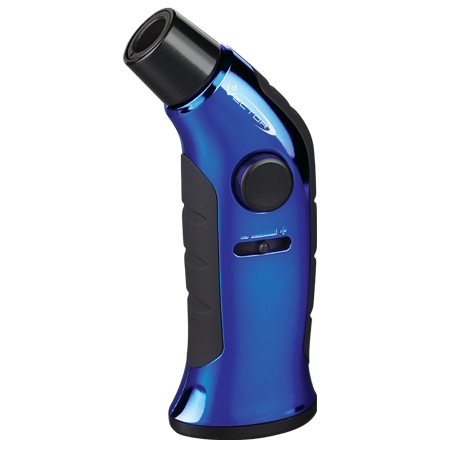 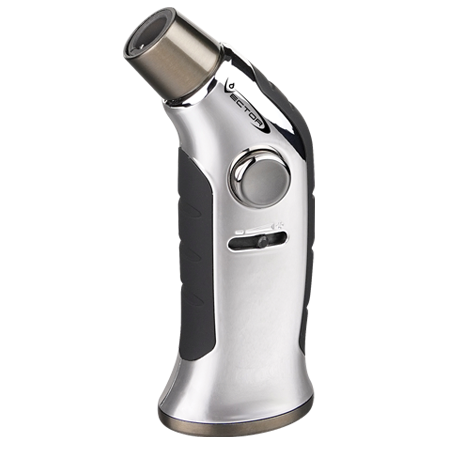 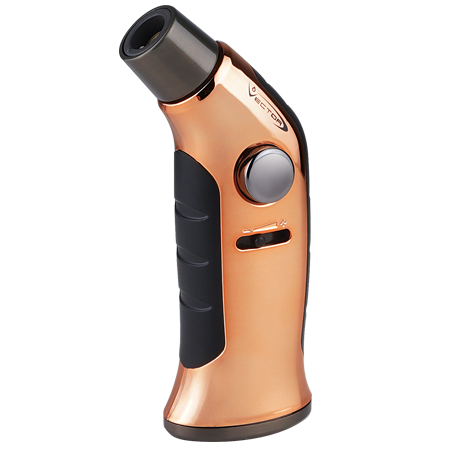 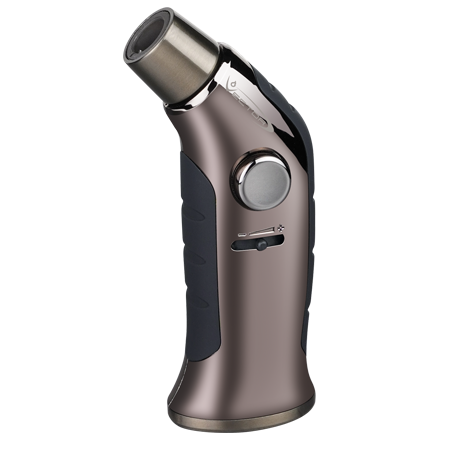 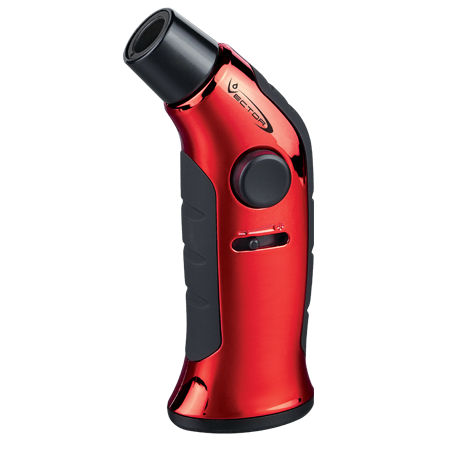 The Vector Boost has a unique design with a rounded body, angled flame, and side-button ignition. It’s a single-flame lighter that measures 2.1 inches x 1.29 x 5.17. The Boost has an MSRP of $35 and is available in six colors. 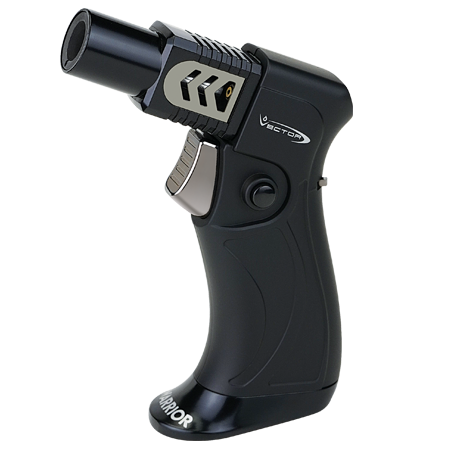 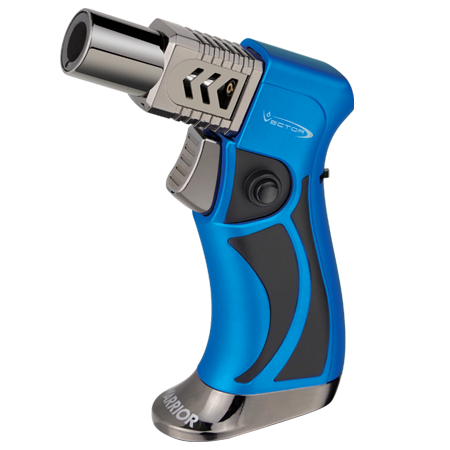 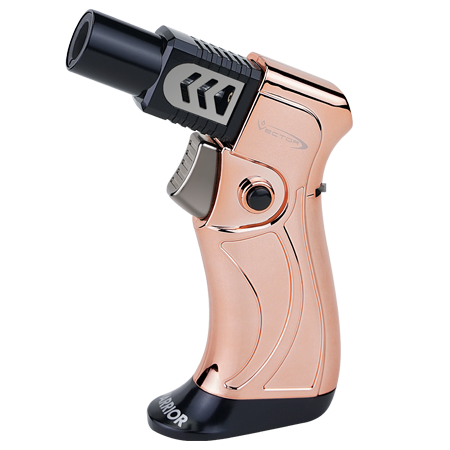 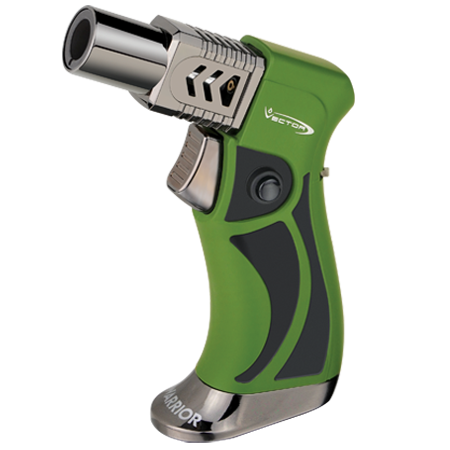 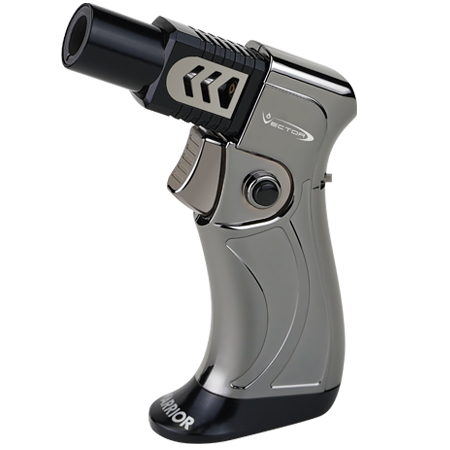 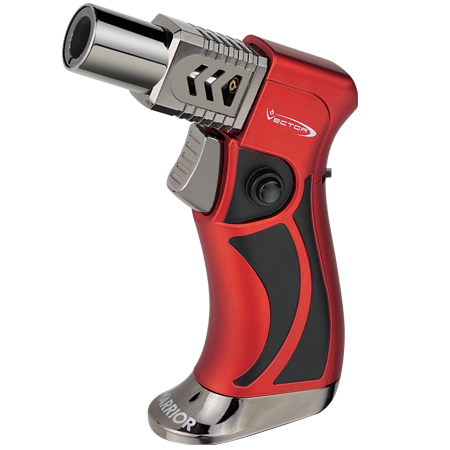 The Vector Warrior is closer to a utility torch than it is to a traditional cigar lighter, though it’s going to be marketed towards cigar smokers. It is a single-flame lighter that measures 1.2 inches x 3.8 x 5.8. There are six colors offered, each with an MSRP of $45.