Vato Cigars has released a number of cigars involving a tornado theme in the past, so it was no surprise when the company decided to commemorate its seventh year in business with a stick carrying the moniker F5.

Named after the strongest tornado classification there is on the now defunct Fujita scale, the F5 is similar to the company’s Twister blend, but with additional strength. The cigar is a barberpole that is made with both a Connecticut shade and a darker Ecuadorian wrapper covering a blend of tobaccos from the Dominican Republic, Ecuador, Honduras and Nicaragua. Somewhat appropriately, the F5 is available in a single 6 x 52 torpedo vitola that retails for $12 packaged in boxes of 20.

“When my mother passed away her friend told the origin story of the nick name (Texas Tornado) at the burial,” said Sarah Vato to halfwheel. “As she finished the story a giant funnel cloud traversed our family farm and twirled directly to the cemetery. Those who were present felt it was my Mom’s spirit acknowledging us. I know it was. It’s a deeply personal event which is how I feel about my cigars. I wanted to dedicate our most beautiful and complex cigar to my mother who raised me by herself, was a professor, scholar and the best Mama in the world. So that’s how the Twister was named.”

While an original version of the Vato F5 debuted during an event at West Side Humidor in Wichita, Kan. on May 18, 2015, the newest incarnation of the cigar was released on May 28. 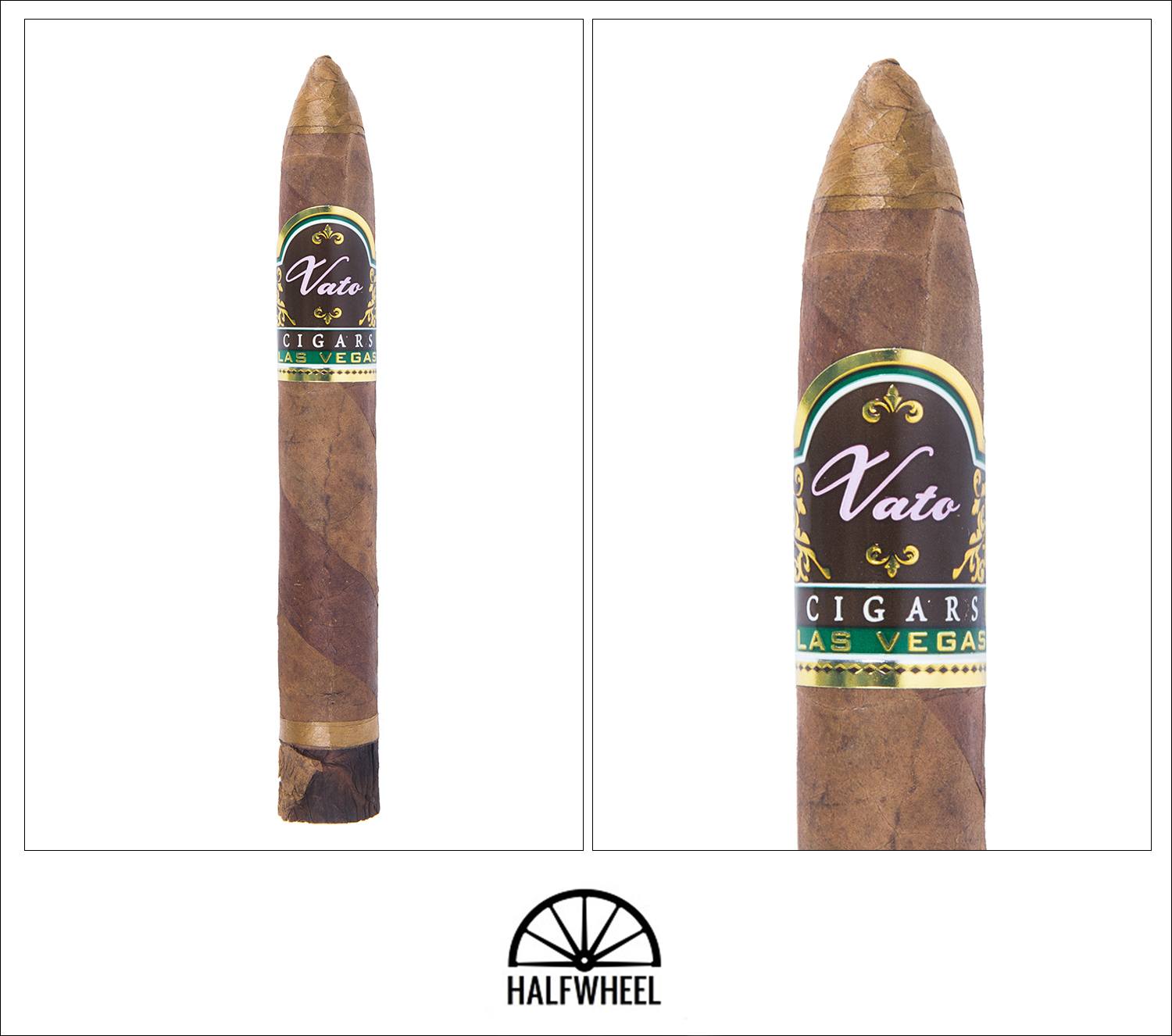 As with most barberpole-wrapped cigars, the Vato F5 is visually striking, with a combination of a half inch of exposed filler on the foot as well as an alternating wrapper: mocha espresso brown least followed by light brown, and so on. There is no oil present that I can see, and the cigar is quite firm when squeezed, albeit not bad enough to where I think it might cause problems. Aroma from the wrapper is a combination of sweet tobacco, manure, leather, gritty earth and peanuts while the cold draw brings flavors of bitter coffee beans, dark chocolate, leather, hay and slightly sour earth.

Starting out, the first third of the Vato F5 features some fairly basic notes, including a dominate sweet cedar and cashew combination, followed by lesser notes of hay, sweet tobacco, leather, cocoa powder, hay and coffee grounds. There is some caramel sweetness on the retrohale along with just the slightest hint of white pepper, and there is no spice to speak of. The burn starts out a bit wonky—not usual due to the unfinished foot—but it is not bad enough to have to correct, and the draw is excellent from the first puff after a dickman cut. The strength on the F5 is almost nonexistent so far, and ends the first third barely above the mild mark. 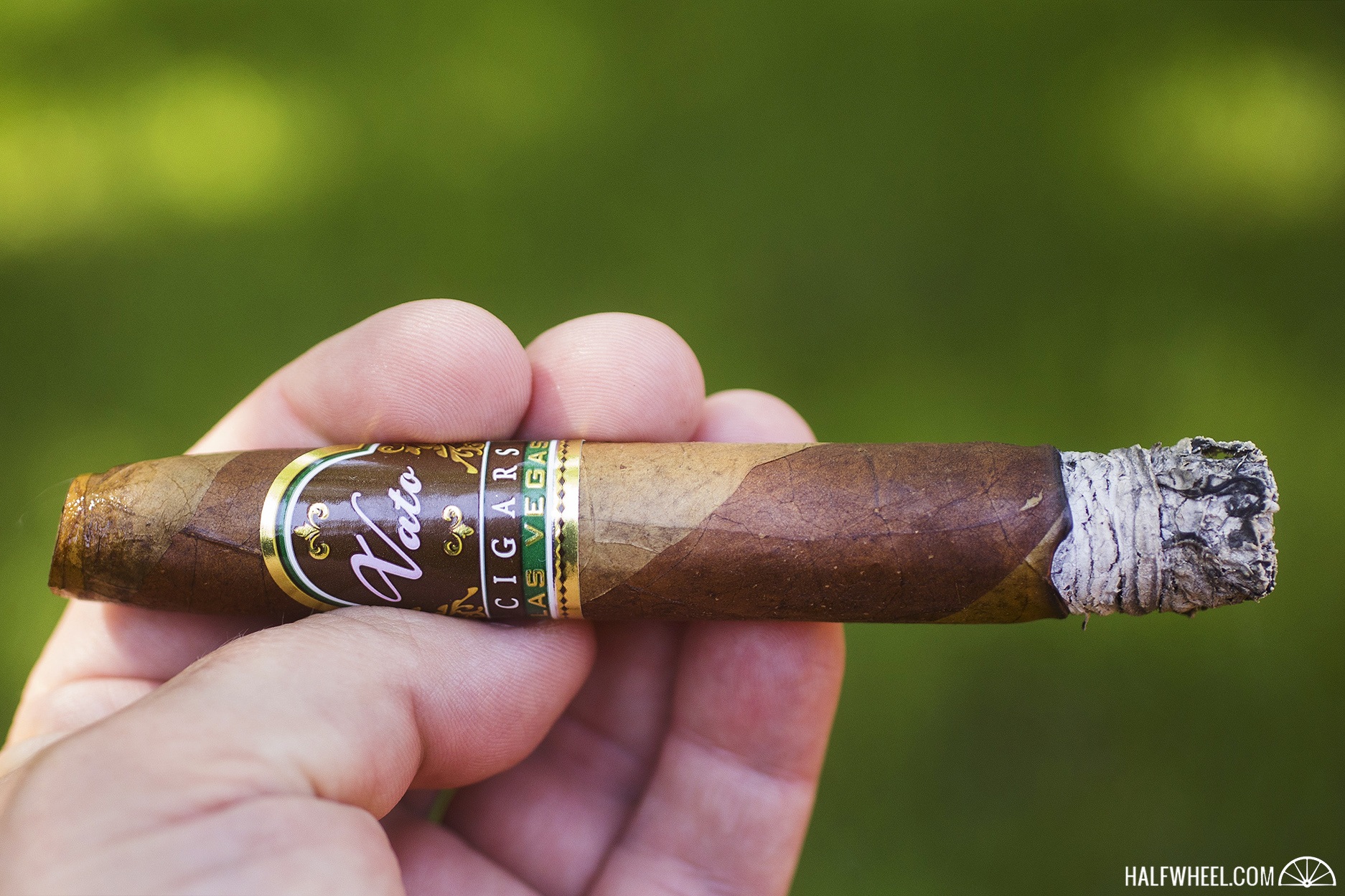 Thankfully, the caramel sweetness from the first third begins to increase noticeably as the second third begins, becoming a more dominant flavor combined with the same cashew and cedar. In addition, I can taste notes of dark chocolate, hay, leather, anise and leather, although most of those flavors are fairly light compared to the dominant ones. There is a bit more white pepper on the retrohale starting around the halfway point, as well as just a touch of spice on my tongue, but both are extremely light and are showing no indication that they will continue to get stronger. Construction-wise, the F5 continues to impress, with a draw that has just the right amount of resistance and a burn line that continues to need no attention. The overall strength has increased a bit, but still only manages to hit a point between the mild and medium marks by the end of the second third. 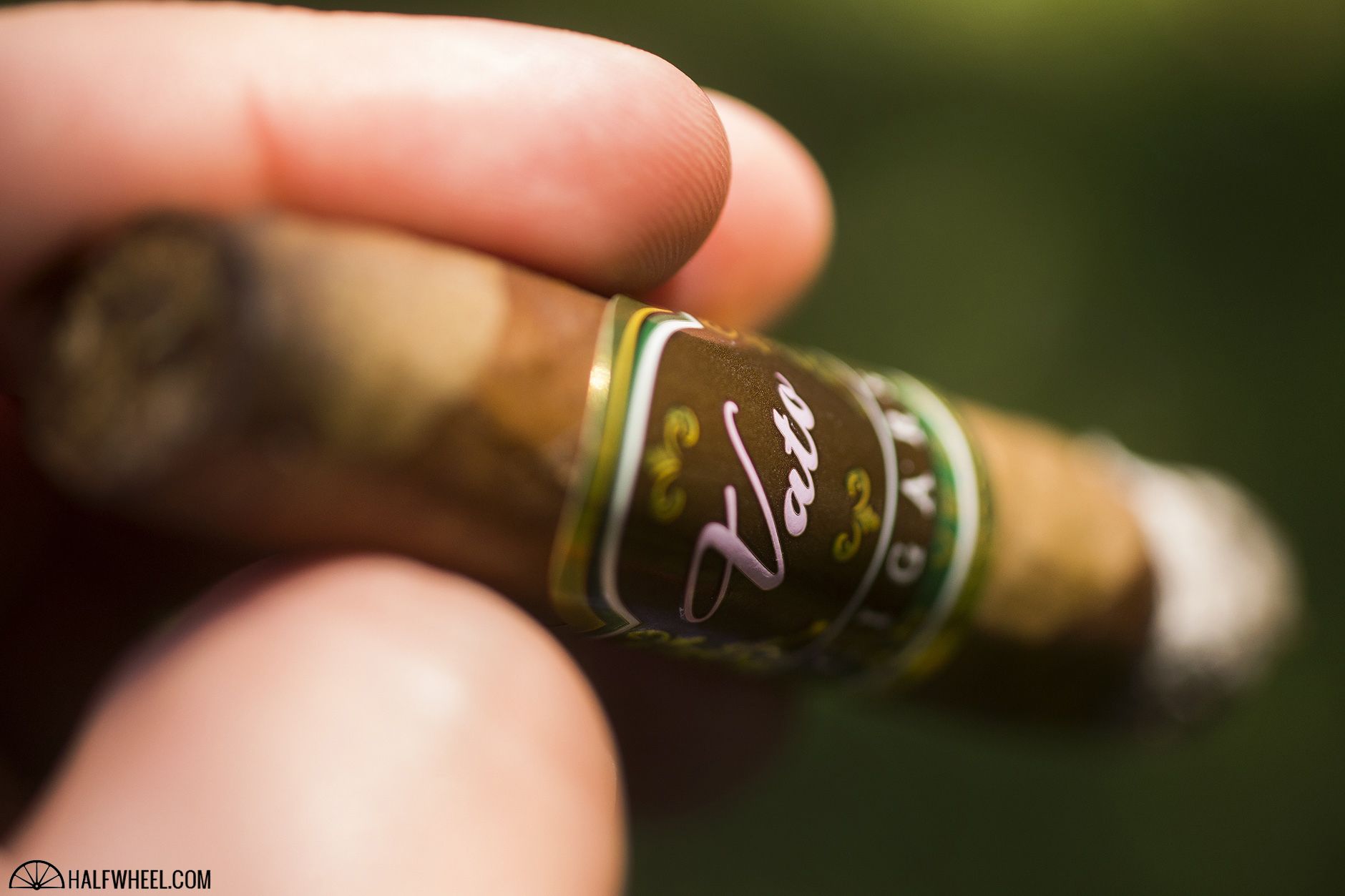 The final third of the Vato F5 continues the trend of the first two thirds that preceded it, with the still strong caramel sweetness combining nicely with other flavors of hay, creamy cashews, cedar, leather, chocolate and earth. Surprisingly, there is an increased amount of white pepper on the retrohale, but the spice on my tongue from the second third is long gone halfway through the final third. While the draw continues its excellent trend, the draw becomes problematic enough that I have to correct it a couple of times, and the smoke production is quite copious off of the foot. Strength-wise, the Vato F5 never actually hits the medium mark, but does finally come close by the time I put the nub down with about than an inch left. 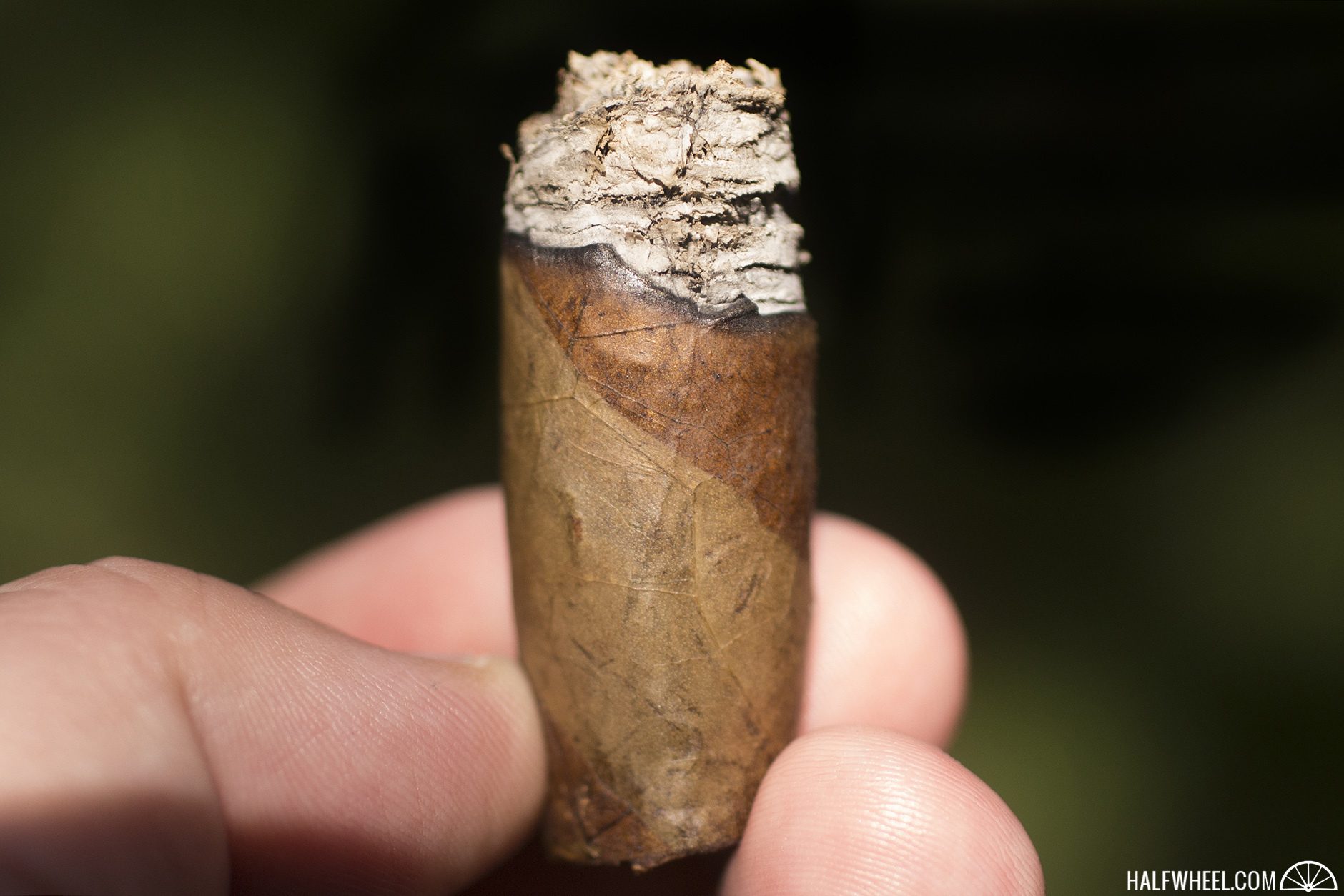 Smooth and sweet, the Vato F5 has a number of attributes to like, but on the flip side, the profile is quite linear and it is fairly easy to get a bit bored of about halfway through. In addition, a little bit more spice or pepper on the retrohale would have done wonders for the overall complexity in the profile. Although one cigar had tighter draw than I would like, it was still well within normal limits, and other than a couple of touchups in the final third, the burn on both samples was excellent. There is a tendency to think that barberpole cigars are nothing more than a gimmick, but the F5 shows that you can have both a interesting looking cigar that is also fun to smoke, and this would make an ideal morning cigar.