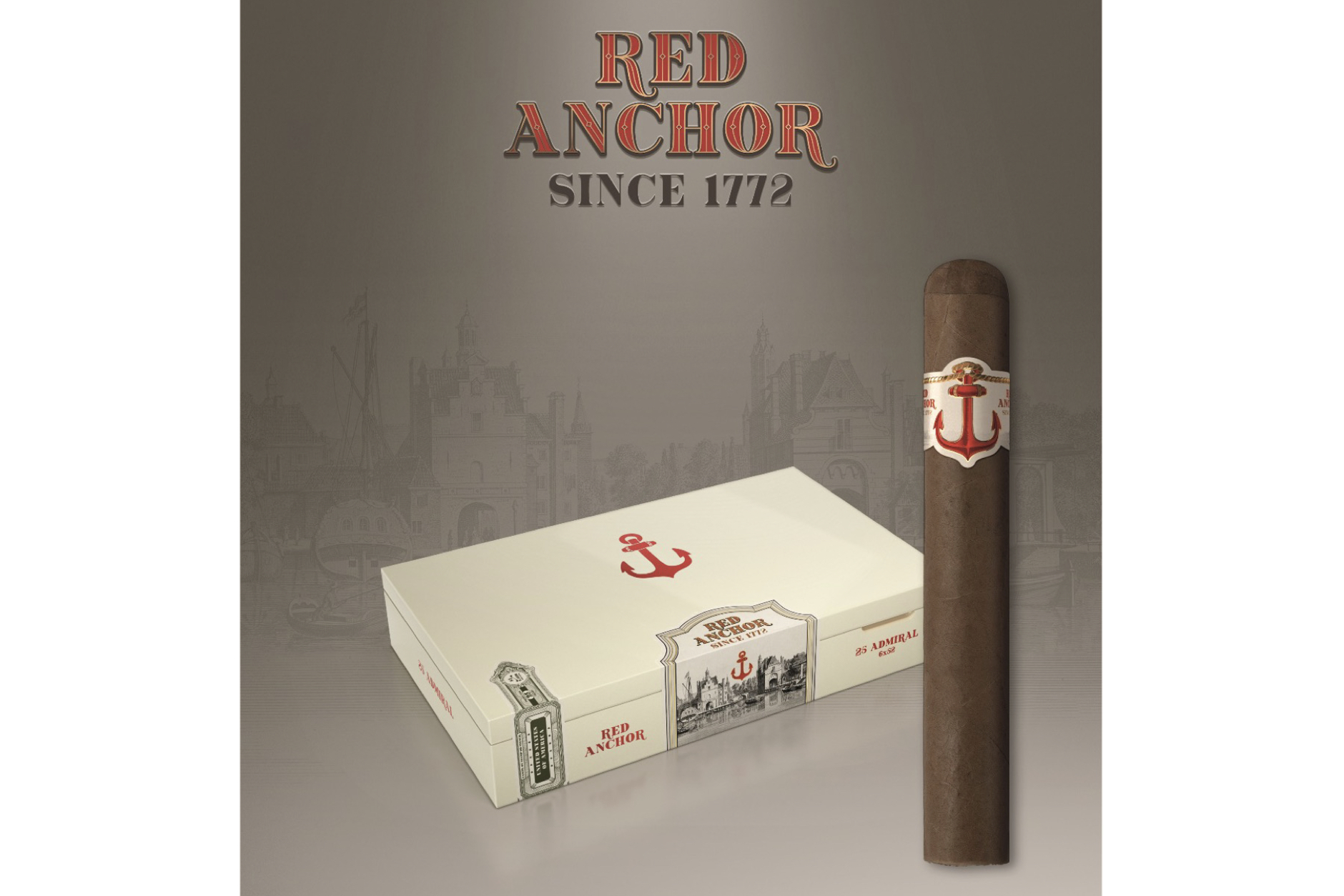 What was once a Dutch cigar brand packed in tins will now be a $25 premium cigar made in the Dominican Republic. United Cigars will show off the new Red Anchor at the 2022 PCA Convention & Trade Show, which takes place July 9-12 in Las Vegas.

The brand will relaunch with a single size, Red Anchor The Admiral, a 6 x 54 toro with an MSRP of $25. A press release described the blend as “medium-plus in body and medium in strength,” though the blend won’t be revealed until the cigars are unveiled in July. Production is limited to 250 boxes of 25 cigars. It’s also not clear when the cigars will ship to stores.

Interestingly, there’s a bit of a Dutch connection with the new brand. It will be produced at the Hendrik Kelner Jr.’s Kelner Boutique Factory. Kelner Jr. is part of a Dutch tobacco family that settled in the Dominican Republic.

“Four years have passed since the start of this project. Every aspect of Red Anchor has been carefully crafted to properly encapsulate the 250-year history,” said Oliver Nivaud, director of operations at United Cigars. “Working closely with Hendrik Kelner and the KBF team has been very smooth, this is a perfect marriage.”

According to United Cigars, Red Anchor’s history dates back to 1770 when a trademark was registered by a cigar shop. Two years later, Albertus Hillen Sigarenfabriek started making the Red Anchor cigars at a factory in Delft, Holland. The brand was passed to various family members until it was sold to Martinus Hioolen in the 1890s, who expanded the brand’s reach. In 1909, the company added new machines and started using tins but the brand faced challenges in the 1920s due to market saturation and new excise taxes. In March 1937, Red Anchor went out of business.

Of note, this isn’t the first time Red Anchor has been sold in the last 85 years. 2 Guys Smoke Shop, which shares the same owner with United Cigars, currently lists a different-looking Red Anchor Maduro brand on its website.

Update (May 21, 2022) — After halfwheel reached out to Nivaud about the cigars listed at 2 Guys Smoke Shop, they were removed. Nivaud said they were a different blend and created for a trial basis.

United Cigars says additional vitolas are planned for next year.