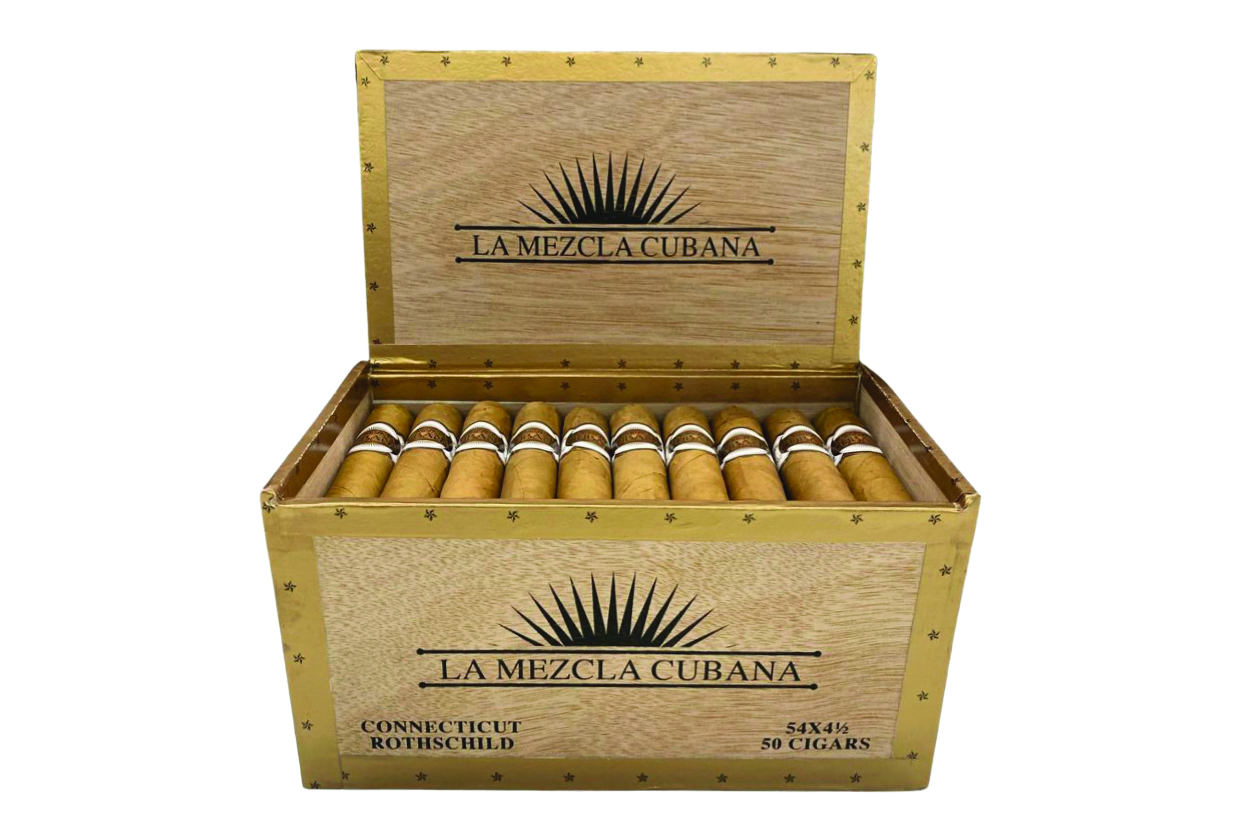 United Cigars has announced that it will be releasing a relaunched La Mezcla Cubana at the 2022 Tobacco Plus Expo later this month.

It’s being released in a 4 1/2 x 54 Rothschild vitola, with a blend that uses an Ecuadorian Connecticut shade wrapper, Indonesian binder, while the fillers come from the Dominican Republic, Nicaragua and Pennsylvania, along with a proprietary blend from the Magia Cubana Factory in Gurabo, Dominican Republic, where it is being produced. It is priced at $5.99 per cigar and offered in 50-count boxes, which have an MSRP of $299.99.

According to a press release, the cigar first debuted in 2006 through Cigar Agency and was sold throughout the United States until 2013, when United Cigars bought the brand. The relaunch process started when United Cigars was given the opportunity to purchase the 7-year-old wrapper leaf from A.S.P. Enterprises.

“This is wrapper leaf that had been aged for seven years and was selected for some luxury lines,” said Oliver Nivaud, director of operations for United Cigars, via a press release. “Fortunately for us, the wrapper was only big enough for a short vitola, so it was perfect for our Rothschild,” he added.

He told halfwheel that the line will be an ongoing production, though noted that the age of the wrapper will change for future runs.

The Tobacco Plus Expo happens from Jan. 24-26 in Las Vegas. The cigars are scheduled to begin shipping in mid-February.