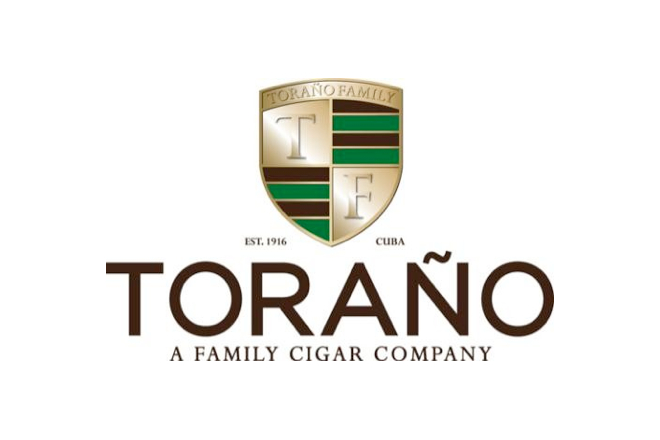 A lot has been written about General Cigar Co.’s acquisition of the Toraño brands last week. While few could have seen it coming, it was not entirely surprising. As for why it happened and what it means, it’s not that simple. It’s actually hardly simple and a lot will not be known until next year’s trade show and whenever the U.S. Food & Drug Administration (FDA) announces its plans regarding the possible regulation of the premium cigar business.

1. THIS HAD MORE TO DO WITH STG’S IPO THAN THE FDA

While most have tried to portray this around the angle of a company selling itself in fear of regulation by the FDA, this deal almost certainly had more to do with the upcoming public offering by Scandinavian Tobacco Group (STG), General Cigar Co.’s parent company, next year.

Repeatedly, we have been told that the IPO will give STG (General) more flexibility in regards to the next five years, specifically, the capital required to complete acquisitions like this. General has an optimistic outlook on the FDA, and why not? Even under the worst of scenarios, its most valuable assets (Macanudo Café, Cohiba, etc.) would be grandfathered in as they were marketed prior to Feb. 15, 2007. It would have the capital to acquire companies as competition leaves the market. And under Option Two, it could be business as usual.

With this deal, there’s a chicken-or-the-egg dilemma with the FDA. There’s a near unanimous agreement that Toraño needs a Camacho-style overhaul, but investing that much money into a revamp under harsh FDA regulation seems unlikely. That being said, if General thought the harsher FDA regulation was likely, as many have hypothesized the Toraño family did, it’s unlikely General would have made a remotely fair offer.

2. THIS IS NEITHER CAO, NOR CAMACHO

Trying to compare this acquisition, within the first week, to CAO or Camacho—the last two sizable companies to be acquired—is challenging.

In both cases, the companies were left virtually untouched through the first two years of the acquisition and were only seriously changed after control was shifted to different management.

In the case of CAO, it was originally acquired by Henri Wintermans in early 2007 and Tim Ozgener, the Nashville office and its sales team did not depart until late 2010 after the merger between STG and Swedish Match that saw CAO placed under the General Cigar Co. portfolio.

As for Camacho, Christian Eiroa stayed on for nearly three years and did not depart until a massive regime change at Davidoff, which acquired Camacho in 2008. The Eiroa family is still associated with Davidoff as Julio Eiroa, Christian’s father and the company’s former leader, grows tobacco which is sold to Davidoff as part of a long-term purchasing agreement.

There will not be anybody at Toraño making its way over to General Cigar Co., only the brands. Furthermore, unless a massive regime change takes place at General Cigar Co., Dan Carr and his staff will be directly responsible for this acquisition, something that could not be said regarding CAO or Camacho.

General Cigar Co./STG, Altadis USA/Imperial, Oettinger Davidoff AG, Swisher International and Arturo Fuente. Those are the companies likely to have enough capital to make any major acquisition. STG seems to be in the buying mood, Altadis USA is said to not be too interested at the moment, it’s unlikely Davidoff would do so given the amount of money it has invested in Camacho and about to invest in AVO. Swisher has been approached but has little to no interest and it’s hard to see Fuente acquiring anyone’s business.

There are, of course, some wealthy people with cigar connections, but the simple reality is there are a lot more people looking to sell their companies than there are legitimate buyers, particularly once a company reaches a certain size.

There are some that believe that the FDA’s grandfather date of Feb. 15, 2007 could create value in active trademarks that predate 2007, but until the law happens, none of that value can be realized. Furthermore, there are hundreds of active trademarks that were on the market by that date and given how many companies might be forced to exit the business because of regulation—estimated as high as 50 percent by the FDA—it would create even more supply while the demand failed to increase.

Unless a new wave of investors or parties with capital enter the premium cigar business, it’s hard to imagine a world in which this ever flips back. The premium cigar category shows little sign of booming expansion, increased government pressure, rising material and labor cost and perhaps most importantly, the barriers to entry to start a cigar company remain very little.[ref]$25k, maybe.[/ref]

4. GENERAL DESERVES SOME CREDIT FOR CAO

For all of the fear that existed about General destroying CAO, it does not seem liked it happened. Sure, CAO became another part of General Cigar Co., but there does not seem to be the outpouring of criticism over the older CAO blends. That’s likely because the blends CAO sells now are not too far off from when it became part of General in 2010.

According to the press release, General Cigar Co. will keep production of Toraño’s products at its current factories. While that presumably will change at some point, particularly the products made at American Caribbean Tobacco S.A.[ref]General has a relationship with the Plasencias, so some blends might stay there longer.[/ref], General’s track record on the matter is hardly bad. It deserves some credit for not really changing any of the CAO product and for the most part, not removing any lines from CAO’s portfolio.[ref]Up until this year’s massive portfolio reduction, General had done little but add CAO lines. Even so, outside of CAO Flavours, little has been seriously impacted.[/ref]

Personally, I think Toraño has made some good cigars over the last few years, but they have never caught on. In the three years the Consensus has been published, no Toraño product has finished in the top 100 and the conversations I have had with brick and mortar retailers, catalog retailers and distributors leads me to believe the products are not exactly flying off the shelf.

Every blend changes regularly in some capacity; it’s the nature of making products out of natural tobacco. Whether or not General Cigar Co. decides to radically change Toraño’s blends, I imagine the outcry will be heard more from people who do not smoke Toraño than the one’s who do—much like with CAO.

For whatever “potential” might exist in regards to marketing and distributing Toraños brands more effectively, there’s more potential in half of the brands that make up the General Cigar Co. portfolio. That makes this deal even more challenging to understand, as General Cigar Co. simply purchased the brands.

While Toraño is a fairly known name amongst the cigar industry, it’s difficult to argue that it’s got better recognition amongst the average consumer compared to Bolivar, Hoyo de Monterrey, Partagas or Punch—all brands General Cigar Co. could reasonably overhaul. Assuming, as most, including Charlie Toraño himself hinted at, that Toraño needs an update in its branding and packaging, it’s worth wondering if General will push resources into updating its latest acquisition instead of the other brands it owns.

Looking at the last few years of General, it’s easy to see the company’s focus. Toraño is just the latest marketing-centric project[ref]There was no factory acquired, no personnel and General claims to have no plans for blend or factory changes regarding Toraño.[/ref] in a long list that includes Foundry, the modern La Gloria Cubana and the Cohiba Comador. It’s another big move that has almost nothing to do with tobacco from the largest cigar company in America.