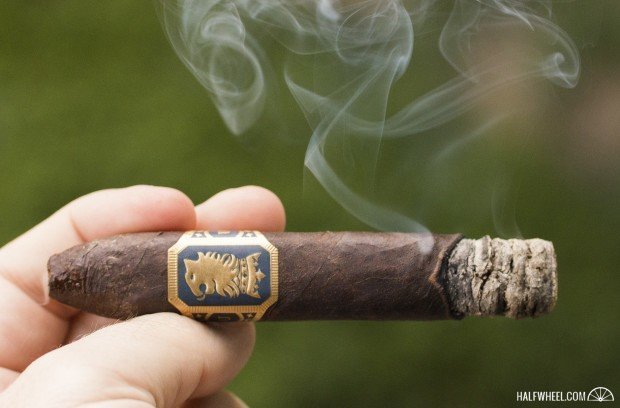 In November 2014, Drew Estate released the Undercrown ShadyXV, a limited edition cigar to the Detroit area that was the result of a collaboration with Shady Records, the music label led by one of the city’s most noted celebrities, Eminem.

Except, it’s not Eminem who is the main partner in the collaboration, but rather his manager and Shady Records co-founder Paul Rosenberg. A self-described “avid boutique cigar smoker” and “cigar enthusiast for years,” he was described as the impetus behind the project when it was first announced in Nov. 2014. While Rosenberg may have been the person behind the project, it was Shady Records’ 15th anniversary, celebrated in 2014, that was the real inspiration for the cigar.

Given Shady Records’ ties to Detroit, it was announced that the cigar would only be available in that area, with 10 retailers splitting up the 500 10-count packs produced, each priced at $99.95.

As for the cigar itself, while it bears the Undercrown branding it shares the blend used in the Undercrown ¡Corona Viva! and Undercrown Dogma, getting a Mexican San Andrés negro wrapper, Connecticut River Valley stalk cut and cured sun grown habano binder and a filler blend of Brazilian Mata Fina and Nicaraguan habano. As you might recall, the Undercrown blend was adjusted slightly to fit the smaller ring gauge of the ¡Corona Viva!, which former Drew Estate president Steve Saka described as getting a slight increase in strength “while remaining true to the blend’s inherent natural tobacco sweetness and lush earthy core.”

Drew Estate has already announced plans for a 2016 collaboration with Shady Records, as the Shady Southpaw is due out in early 2016, though no additional details have been provided yet.

Here’s what I said about the Undercrown ShadyXV cigar when I reviewed it in February 2015:

As soon as I lit up the Undercrown ShadyXV, I had really high hopes for it; I knew I liked the blend from previous experience with the regular Undercrown line as well as the ¡Corona Viva!, and while the first third was an incredible tour of what the cigar had to offer, it feels like it put its best offerings too early. The second and final thirds were very enjoyable, but didn’t offer nearly the complexity or changes that I found in the first third, leaving it to be one of those cigars that I would enjoy but not necessarily savor or crave. It’s hard for me to say these are particularly better than the other vitolas in the Undercrown line and as such seem relegated to being a treat for those in the Detroit area or who want to put in the effort to get some for themselves. Fortunately, there’s usually a supply of just-as-enjoyable Undercrowns on the shelves of plenty of stores.

While the wrapper Undercrown ShadyXV looks fairly normal, the texture in the hand is unique; dry and with a fine grit, the tooth of the wrapper is readily evident and provides an unmistakeable feel. I’m still struck by the shape of the cigar, as the box press seems to further diminish the stature of this fairly petite belicoso. It has a bit of give below the band and more give above it at the head, specifically right between the top of the band as where the taper begins. There is tons of rich, dry earth on the foot of the cigar, which leads into a bit of roasted chicken on subsequent sniffs. The cold draw is a bit loose and it’s hard to feel much resistance, with a slightly different spin on the leading earthiness, complimenting it with a bit of raisin.

I’m impressed by the sweet richness of the cigar once it gets burning; while the first puffs don’t grab my attention, the aroma in the first few minutes does and calls me back to the Undercrown ShadyXV. On the palate I continue to get some of that dry earth, but the black pepper that has dominated in the nose is beginning to migrate south a bit and provide a more complex profile. As the cigar continues to burn through its first inch the pepper becomes more prominent, as the nose gets a bit of white pepper as well while the abundant smoke production makes sure both tongue and nose are well covered. The first clump of ash holds on for a good inch or so, and when it departs the draw seems to find a new sweet spot by tightening up just a bit. The flavor has stayed fairly linear through the first half, until the burn line reaches the midway point where it begins its first notable change. 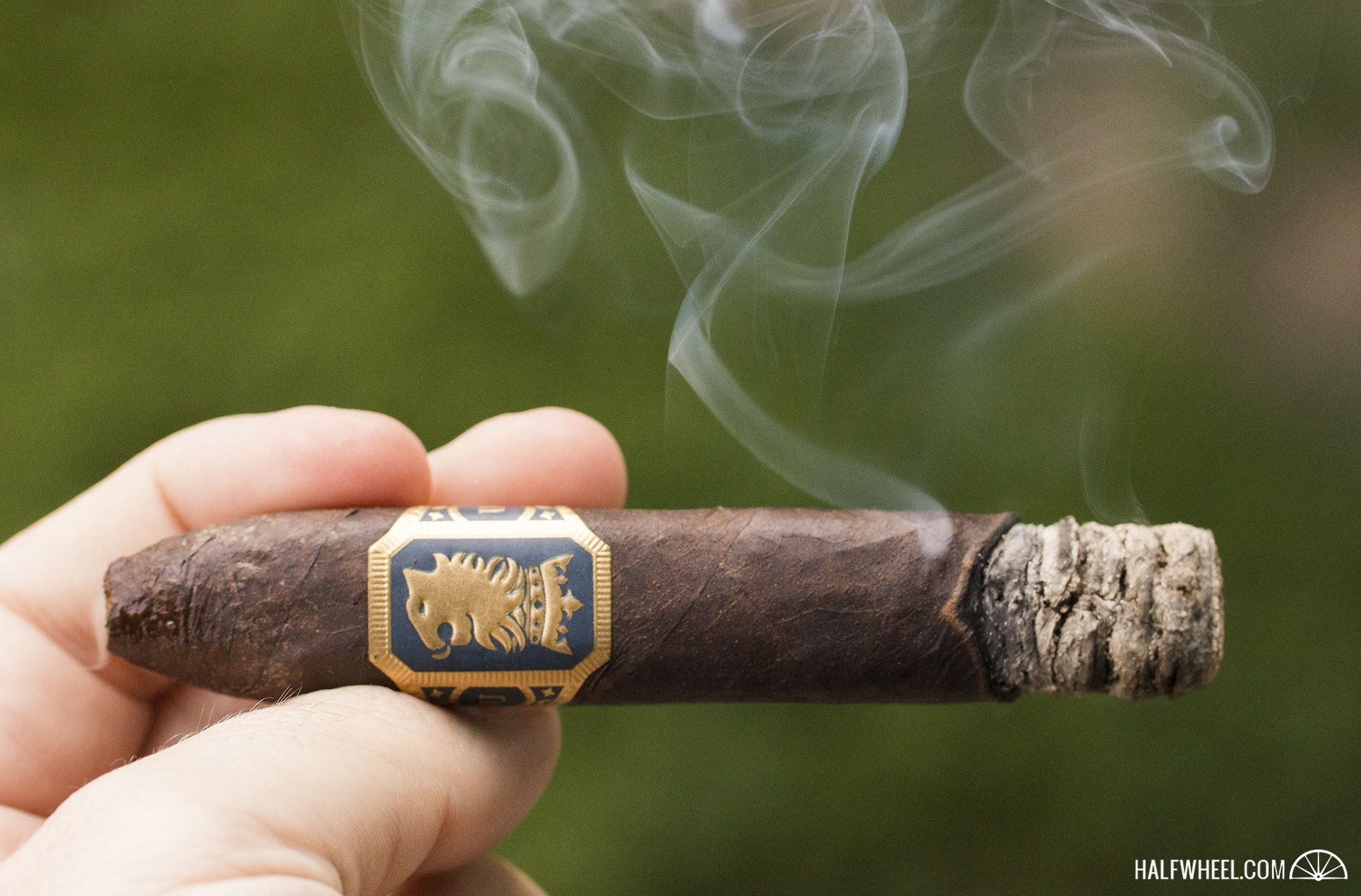 It’s at the midway point that the cigar gets a bit more robust; nothing overly dramatic, but the earth becomes more prominent, amplified by a bit more focused pepper. While it’s a decent turn, the intensity backs off shortly thereafter and a bit of chalk enters the flavor as the smoke gets a tick softer in the mouth. Retrohales are a bit less potent as well, though that’s relative to where they had been earlier as there is still plenty of pepper for those craving it and who can handle it. In the final inches of the Undercrown Shady XV I begin to get my first taste of sweetness, a very subtle suggestion of darker chocolate but without any bitterness or the sometimes abundant sweetness of milk chocolate. There’s also an uptick in the strength of the cigar; while the pepper adds to the body there hasn’t been much nicotine kick in the first four inches, but in that final inch it comes out of nowhere to deliver quite a punch. There’s a bit of heat the gets felt in the fingers right where that soft spot was at the taper, which catches me off guard and forces me to be much more cognizant of where I pick the cigar up. Tons of smoke continue to billow off the cigar as it works its way down to its conclusion, which comes with just under an inch left thanks to the use of a draw poker.

When I first smoked the Undercrown ShadyXV, I really wanted to love it, and while it fell short at the time, I hoped time would have developed the cigar into a better place. It has to an extent, as the flavors are much more consistent from start to finish, the first third is a bit less tangled, and the final third stays flavorful. It still falls a bit short as it feels fairly linear, as other than the change at the midway point there aren't many mileposts in this cigar. It's an interesting project with promises for a intriguing follow-up, and while it's a cool cigar for cigar smokers in Detroit and who are fans of Shady Records, isn't one I think my humidor is necessarily missing.